Opposition Cities Seen as Bases for Victory at General Elections 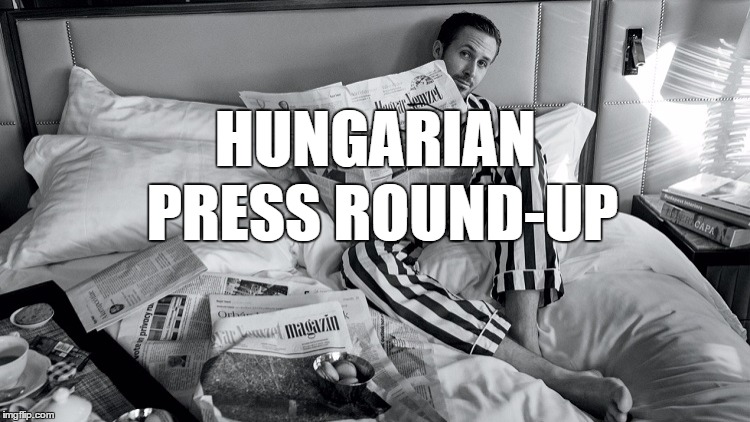 A liberal weekly welcomes the alliance of liberal-led East European cities as the advance guard of a potential shift in government throughout the region. A conservative constitutional lawyer warns the leaders of the cities that now they must prove their ability to govern in order to become serious challengers to the incumbent government.

In its weekly editorial, Magyar Narancs recalls that last autumn it predicted further opposition success in Slovakia after a liberal candidate was elected Mayor of Bratislava. That is precisely what happened this year, first in the European Parliamentary elections, then with the presidential election won by Zuzana Čaputová a liberal environmentalist. The editors hope that the united opposition will triumph in the parliamentary election in the neighbouring country scheduled for February next year. Their decision to publish a first page comment on Slovakian affairs was prompted, they openly admit, by the fact that Hungary’s own disparate but united opposition parties defeated the government side in 11 big cities in October.

Moreover, the new Mayor of Budapest hosted a conference of the Mayors of the capitals of the four Visegrád countries, all of them liberals. Although their first meeting and the declaration of an alliance they issued in its wake are largely of symbolic value, Magyar Narancs writes, the political forces that delegated them may in due course be able to reverse what the editors call ‘the negative political processes underway in the region’.

In an interview with 168 óra, outgoing Constitutional Court judge István Stumpf warns newly elected opposition mayors and the parties behind them that they owe their posts to the dissatisfaction of many urban voters with the government, rather than their own performance. So far, he elaborates, opposition politicians have been active in staging provocative scenes in Parliament, but now that some of them have been elected as leaders of important communities it is time for them to pass the governance test. As a former key Cabinet minister in Prime Minister Orbán’s first government from 1998 to 2002, he offers an insight into the Prime Minister’s policy aimed at promoting a group of entrepreneurs, an attitude defined by his opponents as cronyism and resulting in widespread corruption.

Stumpf recalls how in the late 1990s and early 2000s, the Prime Minister planned to help create a domestic capitalist class including eight or ten outstanding entrepreneurs. Such a group of indigenous big businessmen existed at that time in neighbouring countries, and Mr Orbán felt it essential to create a similar network of business groups with a vested interest in supporting the regime and in ensuring that the country should not depend on foreign creditors, Stumpf explains.