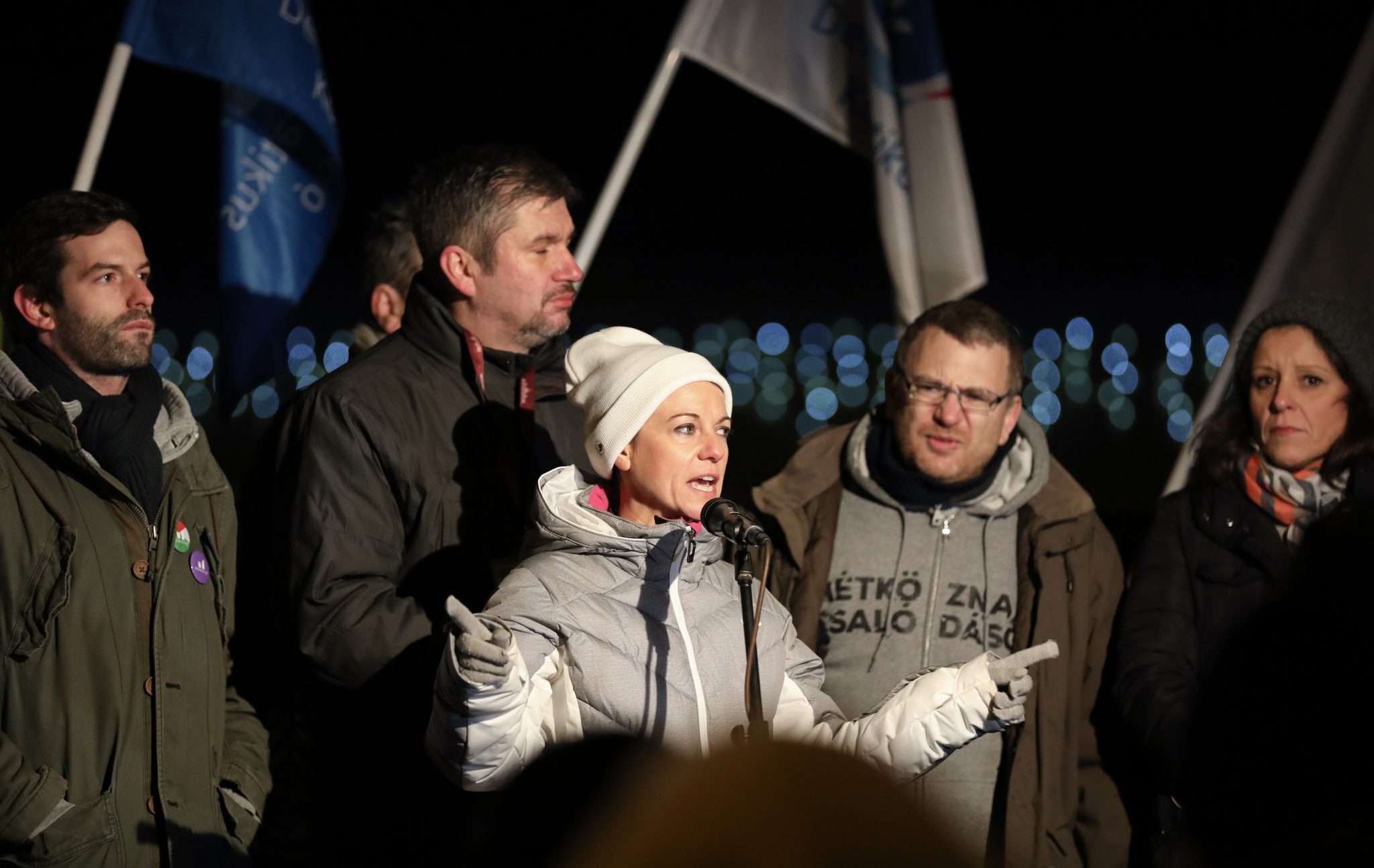 Hungary’s opposition parties have initiated an extraordinary session on parliament and a parliamentary committee probe into the suspected breach of the immunity of several MPs at the headquarters of the Media Service Support and Asset Management Fund (MTVA).

After a meeting of the House Committee on Monday, Jobbik, Socialist, Democratic Coalition (DK), LMP and Párbeszéd lawmakers said recent events had been “unprecedented” since Hungary’s 1990 change in the political system, adding that armed security guards at the MTVA headquarters had manhandled MPs.

The opposition politicians vowed to use every means at their disposal both inside parliament and outside it to “restore the rule of law, democracy and a functioning parliament”. The politicians also pledged non-violent protest.

Bertalan Tóth, the Socialist Party’s leader, said the House Committee had discussed Speaker of Parliament László Kövér’s proposal to punish seven lawmakers who protested in the chamber on Monday, as well as the decision to lump together all opposition amendments to over 2,900 legislative items.

The fines imposed on the MPs are final and average a third of their monthly salary, he said, adding that “it should be Kövér who is fined” for addressing an MP in an inappropriate way.

He noted that opposition members of the House Committee had attempted to discuss the issue of armed security guards at MTVA manhandling parliamentarians, but the initiative was quashed.

Tóth said that MPs had tried to exercise their right to access information regarding the operations of public television. Also, they had wanted to convey a message to TV viewers, and this was also their right, he added.

The Socialist leader noted that members of parliament may only be detained by police officers in the context of criminal activity. Police officers, he added, only have the right to physically restrain an MP in the case of resistance. The police, he said, were at fault for failing to act when several MPs reported violence against them.

Ágnes Vadai, deputy group leader of DK, said violations of the immunity of at least 20 MPs had taken place, and security guards had manhandled her fellow DK lawmaker, László Varju.

She added that the proposal to convene an extraordinary parliamentary session was motivated by a desire to discuss irregularities at a recent plenary in connection with voting procedures as well as today’s violation of parliamentary immunity.

Tímea Szabó, Párbeszéd’s co-leader, said that if Prime Minister Viktor Orbán and his government failed to distance themselves by the end of the day from the abuse of opposition MPs, then it would become clear that they have no intention of maintaining even a semblance of the rule of law. Answering a question, she said extra-parliamentary protests could include blocking streets, striking, occupying public institutions and all other non-violent civil disobedience.

Gergely Farkas, Jobbik’s deputy group leader, said Jobbik backed setting up a parliamentary commission of inquiry and convening an extraordinary plenary. The conservative opposition party also considers it right for MPs to take advantage of all the means of protest at their disposal both within parliament and outside it.

László Lórant Keresztes, LMP’s co-leader, said: “This is a black day for democracy.” The opposition parties have a duty to stand by each other, he added. Referring to the amendment of the labour code, he said MPs rightfully had taken an opportunity in last week’s parliamentary plenary to protest against a “shameful bill”.

He said he and Márta Demeter, LMP’s other co-leader, would go to the National Police Headquarters and call on the authorities to ensure law and order is upheld in Hungary. “I also want to know what stopped the police from doing so and what prevented police from accessing the MTVA headquarters [at their request].”

“Members of opposition political parties, led by Ákos Hadházy, have entered the building of MTVA alluding to their rights as members of parliament. Hadházy, Former member of LMP party and now an independent politician, first said that they want to acquire information and later claimed that they have to be admitted into the newsroom as they want to deliver a petition on air. The security chief of MTVA pointed out to the opposition politicians that their right to enter the institution does not mean that they can disturb the workflow. The security chief repeatedly warned the politicians that MTVA is a public service organization, therefore they can not enter neither the studios nor the newsrooms.

The opposition politicians tried to blackmail MTVA by saying that if their demand will not be met, thousands of angry people might ‘come in’ from the street. Meanwhile stones and glasses were thrown at the policemen on the street. One of them was almost set to fire. The politicians spent the whole of the night at the production facility of MTVA and initiated a fake fire alarm, opening doors in their attempt to get into the locked down area. They spent the night in a room designated for pre-production and broadcasted everything through social media. On several occasions they hinted that they will attempt to get into the studios despite the refusal of permission.

The MTVA has filed a police complaint against politicians acting beyond their rights attached to their parliamentary mandate. In the morning the representatives made another attempt to get to the working area. They were continuously aggravating the employees of MTVA chasing down those who were coming to work. Ákos Hadházy tried to get into the operational area by sneaking over a handrail. Security personnel warned and called upon him and, as he did not desist, he was removed from the building together with Bernadett Szél who was hanging on to him.

The behavior and the threatening attitude of the representatives scared the employees of the public service media. With their constant incorrect accusations and disorientation, they try to discredit the institution.”