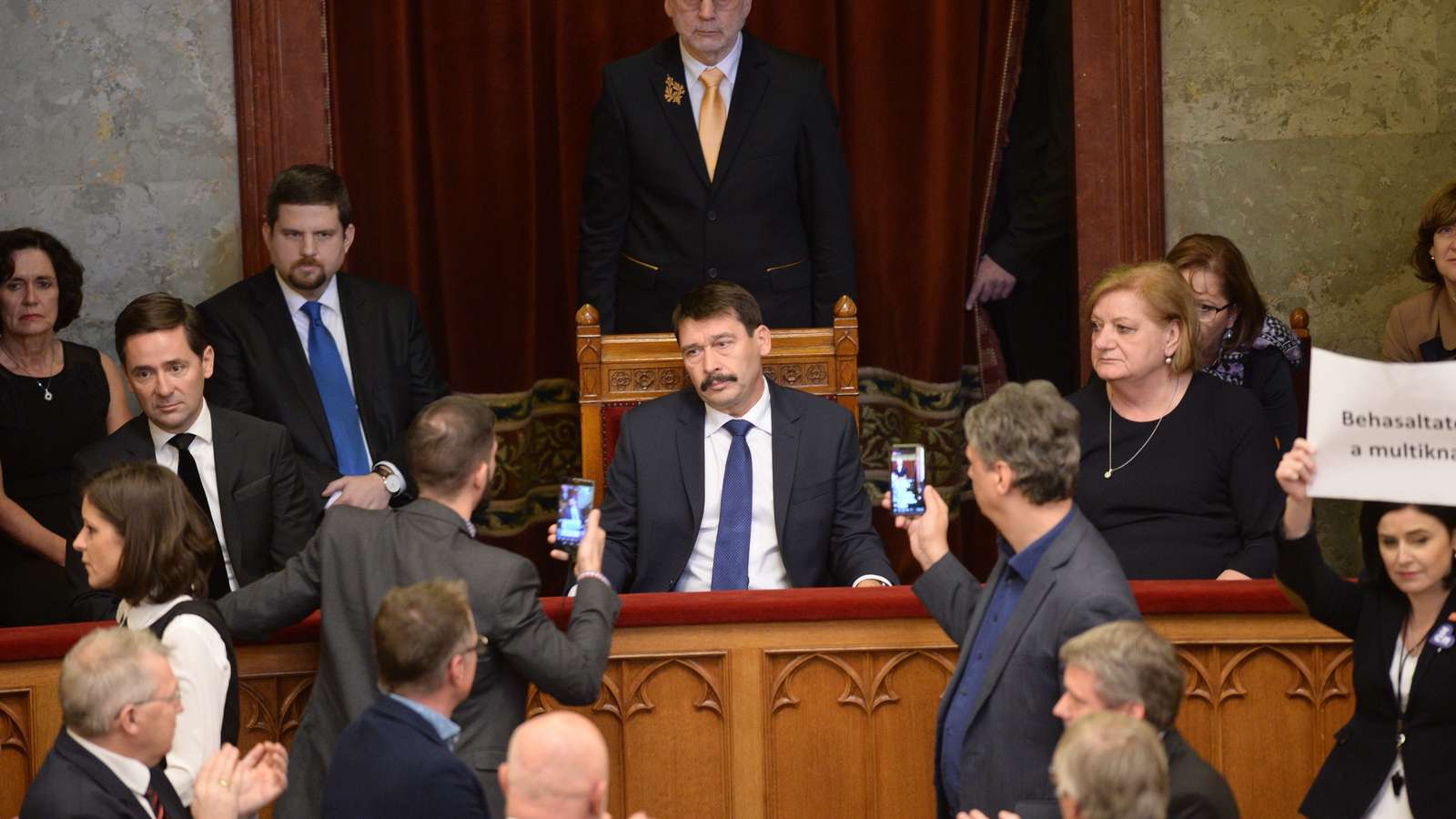 Yesterday, President János Áder has signed the controversial amendment to the labour code. Several opposition parties protested against Áder’s move, called for further resistance and announced a fight against what they called a “slave law”.

Conservative Jobbik said that the president has followed the government in “obeying the orders of large foreign companies”. The party pledged to fight with ever greater intensity against Prime Minister Viktor Orbán’s “corrupt, pseudo-nationalist regime” and called on “all decent Hungarians” to join the struggle.

The Democratic Coalition (DK) said that “Fidesz party-soldier Áder, whom DK has never accepted as a president, has signed a slave law which will cripple millions of Hungarians.” The leftist party said that with this gesture “Áder has once again become an accomplice to a crime”.

The green LMP said “Áder has proven again that he only represents the interests of Fidesz and the large foreign companies rather than those of the republic and the Hungarian employees”.

The Liberals said that Áder, a former deputy leader of Fidesz, “represents merely the interests of the Orbán government rather than the Hungarian people”. Both the content of the law and the way it was approved violated the fundamental rights of employees and the democratic values, they said.

Addressing a press conference, Péter Ungár, a lawmaker of opposition LMP, on Friday called the recent amendment to the labour code “the neoliberal law of a neoliberal government”.

“Yesterday Fidesz had a chance to align its actions with its words, but this didn’t happen,” he said, reacting to President János Áder’s decision to sign the amendment into law.

Ungár said the legislation would also hurt unions by making workers negotiate their overtime hours with their employers on their own. Further, it attempts to tackle worker poverty by making people work more, he added.

Commenting on the recent demonstrations against the labour code amendment, Ungár said it was possible that legal violations had taken place. As an example he pointed out that police did not enter headquarters of the public broadcaster MTVA despite Socialist MEP István Ujhelyi alerting them multiple times.

Ungár also said that MTVA’s security chief was heard giving instructions to police, when they are only supposed to take orders from their own superiors or senior interior ministry officials. 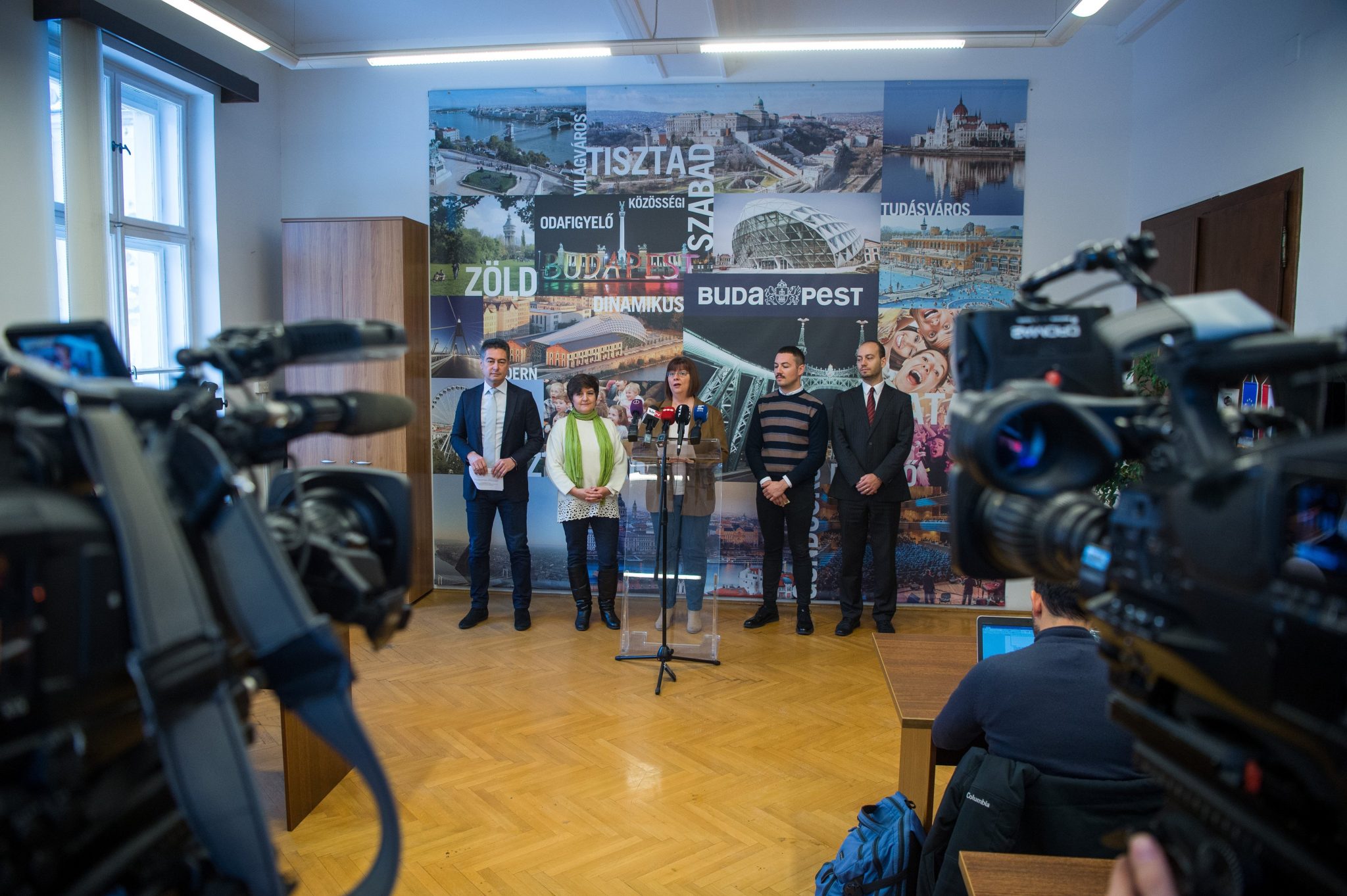 The opposition Socialist and Párbeszéd parties will continue their anti-government protest against the recent labour code amendment, party lawmakers said on Friday.

Speaking to reporters, Socialist lawmaker Lajos Korózs called the new law “shameful”, saying that it “split society into two groups: those forced into slavery and those who are their masters”.

The parliamentary opposition has found a partner in trade unions and protesters at anti-government demonstrations over the past week, Korózs said, vowing to continue their protest on January 2.

Bence Tordai, a lawmaker for Párbeszéd, said that opposition parties, civil groups and trade unions will gather at Kossuth Square in front of Parliament at 8pm on Friday to march on to the office of President Áder in the Buda Castle district.

The opposition will organise further protests not only in parliament and on the streets but also at the premises and outlets of businesses linked to “Fidesz oligarchs” in the form of “peaceful boycotts”, as well as strikes, road blocks and actions of civil disobedience, he said.