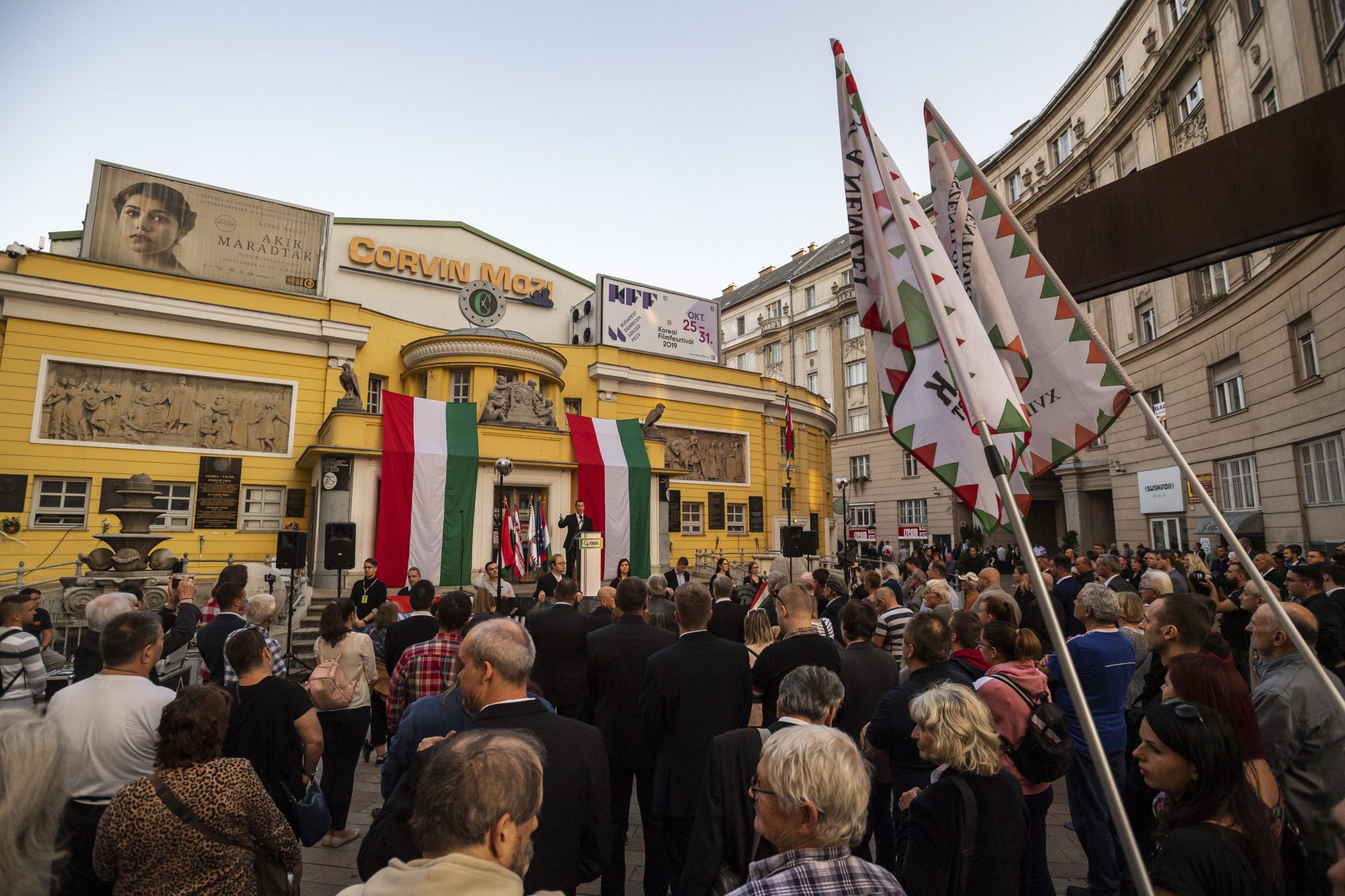 The opposition parties on Wednesday marked the 63rd anniversary of the Hungarian anti-communist uprising of 1956 in Budapest.

no nation can live under oppression; democracy, the freedom of the press, the dignity and moral posture of the nation are not given values but ones to be earned again and again”.

Socialist board head Ágnes Kunhalmi said at her party’s commemoration in central Budapest that “1956 has brought people back to politics”, adding that at the recent municipal elections “masses rose against [PM Viktor] Orbán’s oppressive, totalitarian regime”. At the local elections, the opposition “succeeded in preventing Orbán’s system from turning into an open dictatorship”, she added. 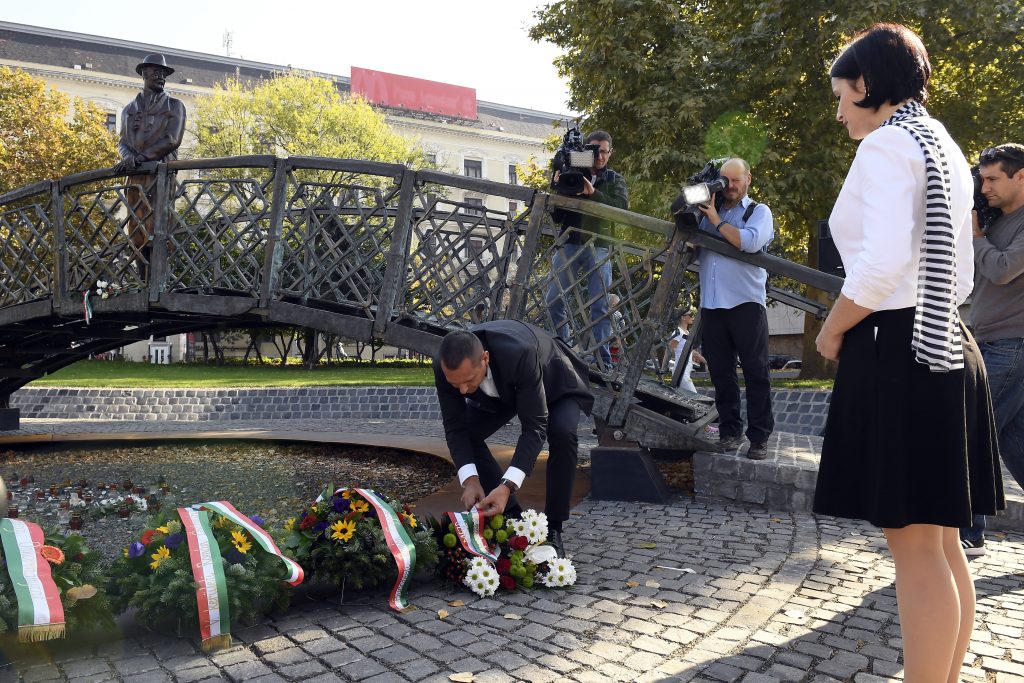 Zsolt Molnár and Ágnes Kunhalmi at the statue of Imre Nagy. Photo by Tamás Kovács/MTI

Kunhalmi insisted that building a “fourth republic” in Hungary would be a difficult task for the country’s “democratic forces” because ruling Fidesz has “by now lost all its moral foundations” to embark on such a venture. 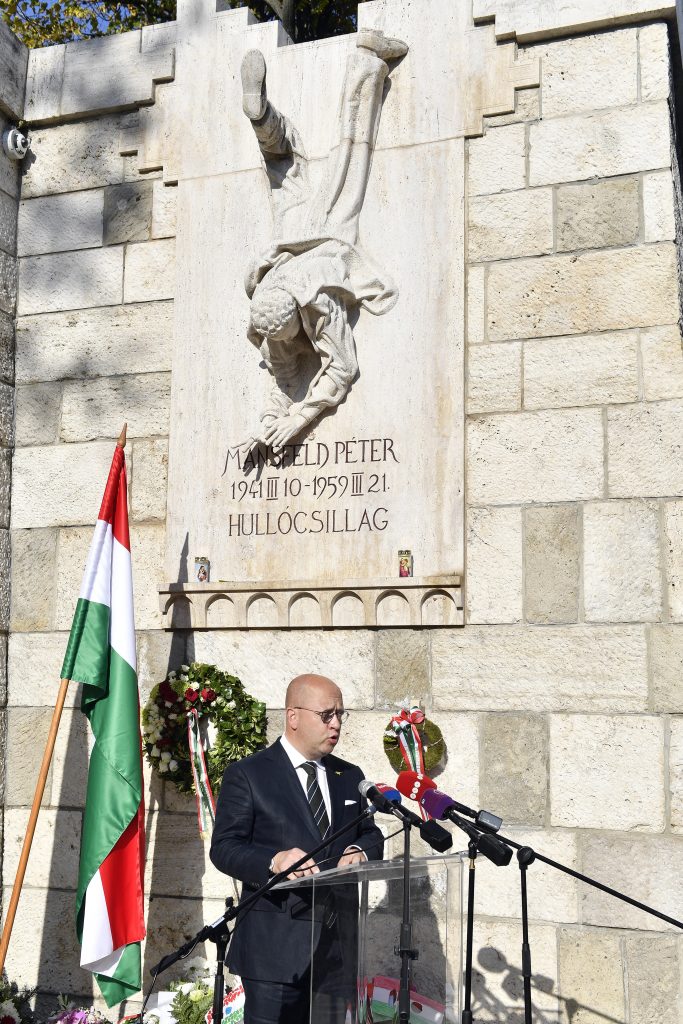 The green opposition LMP party held its commemoration at the Budapest statue of Péter Mansfeld, the youngest freedom fighter executed after the revolution. Co-leader János Kendernay said the revolution of 1956 also had a message to the advocates of green causes and those in power today.

There are revolutionaries even today who are raising their voice against economic and social injustice, and waging a non-violent fight against the omnipotent economic and political power-holders, the elite,”

he said. “These young people take to the streets to express their concern over climate change and prevent that its burdens be borne by the poor and the helpless,” Kendernay said.

Tamás Sneider, the nationalist Jobbik party’s leader, said at the party’s commemoration that the need for an independent, free Hungary was the true message of 1956.

Today, the fight is against “a similarly exploitative, corrupt, Bolshevik-like regime”,

he said. Prime Minister Viktor Orbán looks at Russia not only as an economic opportunity but also as an ideological ally, Sneider insisted. Jobbik’s voters “do not want to be serfs to Eastern despots or to Western capitalists,” he said. 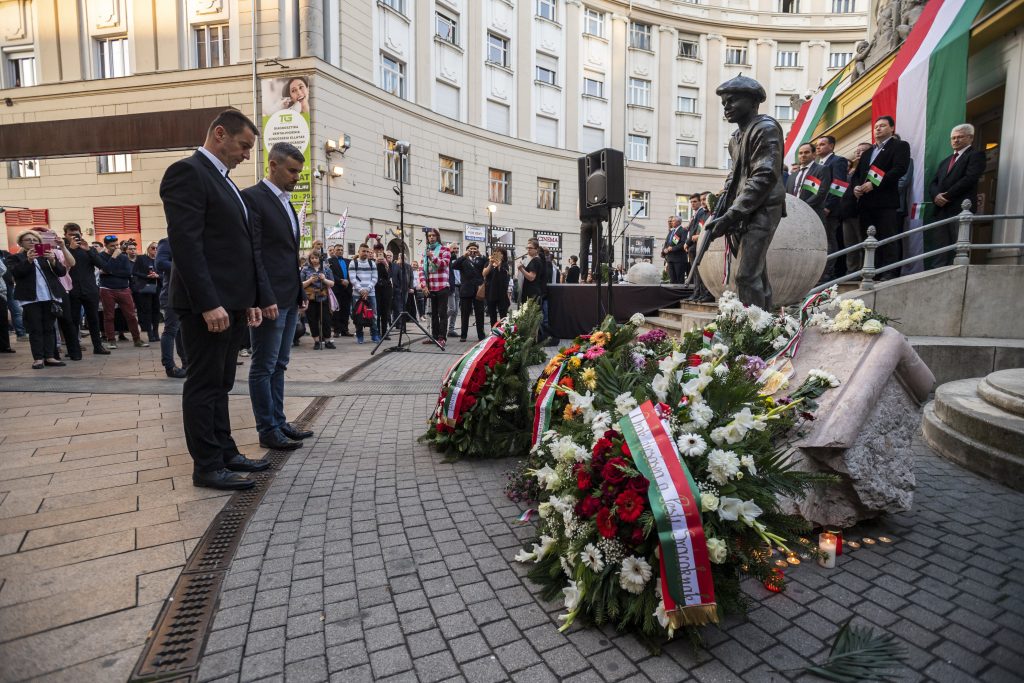 At one point, a dozen-strong group of demonstrators chanting “Traitors!” disturbed Jobbik’s event. Police then closed off the entrances of Corvin Lane, the alley where the commemoration was held. 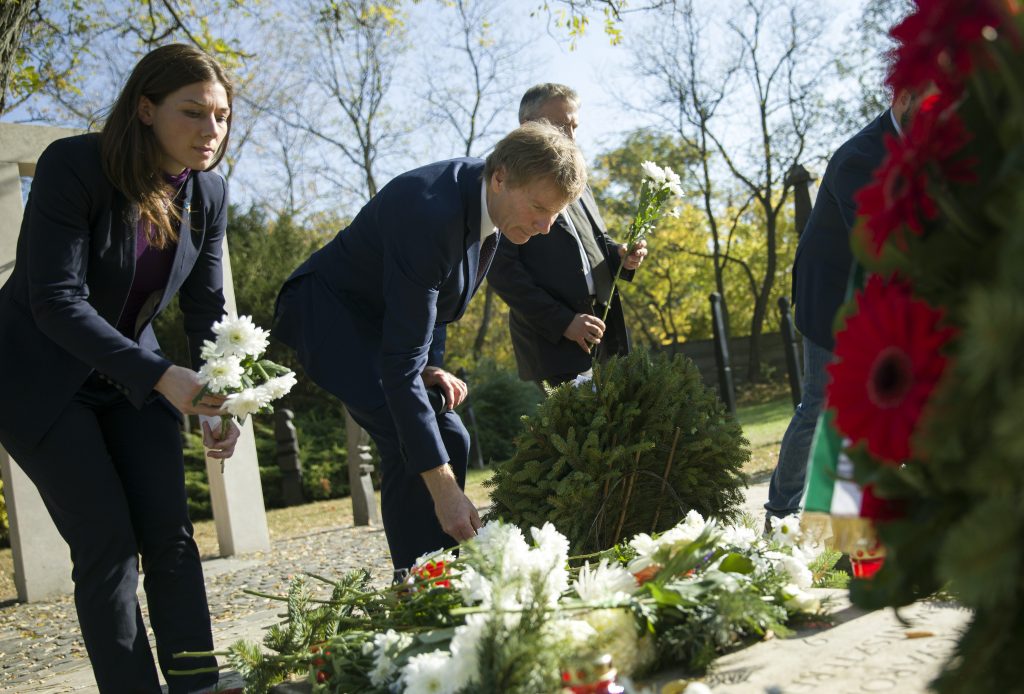 The Liberal Party said in a statement that “we are guided by the values of the revolution and freedom fight and of Hungary’s transition to democracy 30 years ago, and fighting for a free, diverse and European Hungary”. The party said they would like to see “a Hungary where all people have equal rights, the press is free, there is room for genuine debates and dissent is not denounced at all”.

The far-right Mi Hazánk (Our Homeland) party, which has three representatives sitting in parliament as independents, held its commemoration earlier in the day in Corvin Lane, a site of gruesome fights during the revolution. Party leader Laszlo Toroczkai said that the “Satanic force” wanting to “annihilate the nations” had been called Bolshevism in 1956 and bore the name “leftist liberalism” today, seeking to create a “mixed-race” population that replaces “Nordic civilisation”.

In the featured photo: the commemoration of Jobbik. Photo by Márton Mónus/MTI 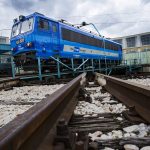