The deputy ombudsman for ethnic minorities has launched an investigation into the issue of a compensation payment over Roma school segregation in Gyöngyöspata, in north-eastern Hungary, the ombudsman’s office said on Wednesday.

In a statement, the office noted that court rulings in the case had cited a 2011 report by the ombudsman for national and ethnic minorities on the segregation of Roma students in a Gyöngyöspata school.

Erzsébet Sándor Szalay expressed concern for recent developments in the case, namely the debates on the rulings on the compensations and the “rising public tension”. She said recent developments around the issue could involuntarily promote anti-Roma stereotypes within the greater society.

The deputy ombudsman said teaching integrated classrooms was the only truly effective method of education.

Sándor Szalay said she will look into recent developments in Gyöngyöspata and release an opinion on it in the near future. 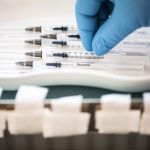 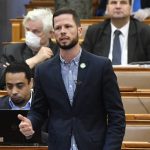