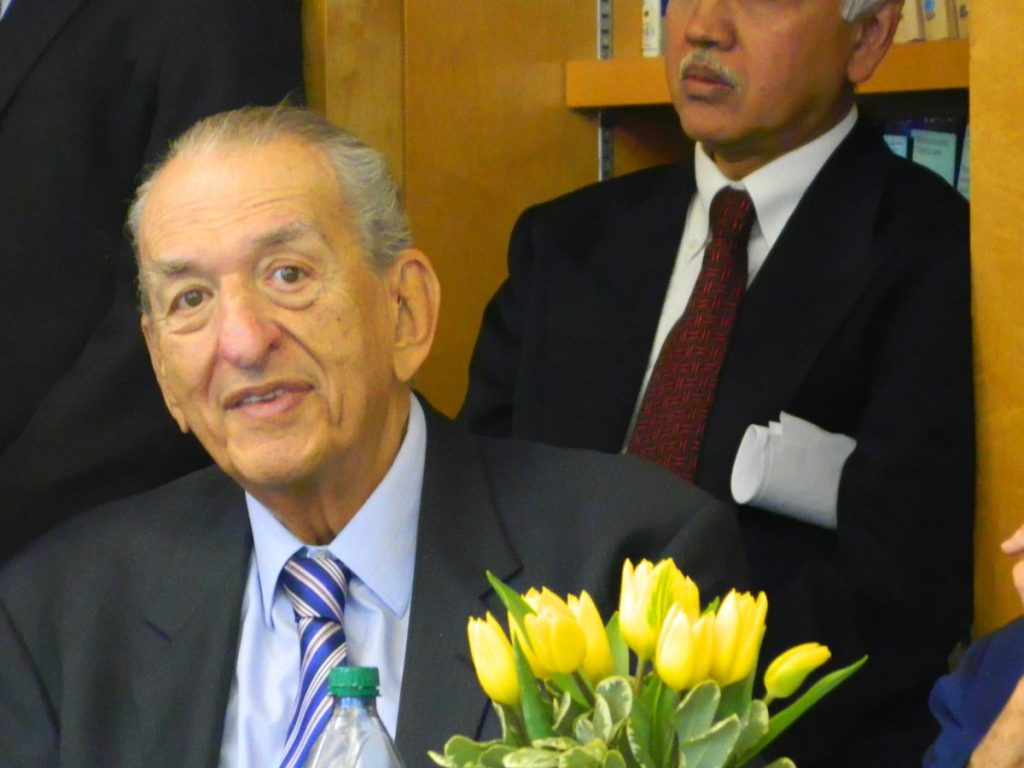 E. Sylvester Vizi, the president of the Friends of Hungary Foundation is sad to announce the death of the great Hungarian researcher chemist George Oláh. The Nobel Prize winner was a founding member of the Friends of Hungary Foundation, and the member of Corvin-Chain Syndicate. George Andrew Olah (born Oláh György) passed away on the 8th of March 2017.

George Oláh was born in Budapest on the 22nd of May 1927, the son of Julius Oláh, a lawyer. After attending high school at the Budapesti Piarista Gimnazium (run by the Piarist Order), he studied chemistry, then taught, at what is now Budapest University of Technology and Economics. After the 1956 revolution he and his family moved briefly to England and then to Canada, where he joined Dow Chemical in Sarina, Ontario, with another Hungarian chemist, Stephen J. Kuhn. Oláh’s pioneering work on carbocations started during his eight years with Dow.

In 1971, Oláh became a naturalized citizen of the United States. In 1990, he became a Honorary Member of the Hungarian Academy of Sciences.

His body of research involves the generation and reactivity of carbocations via superacids. For this research, Oláh was awarded a Nobel Prize in Chemistry in 1994.

George Oláh died in his 90th year. With his passing, not only Hungary, but the entire scientific world, and in fact the world as a whole, have lost a true luminary.

via: Press Release of Friends of Hungary Foundation