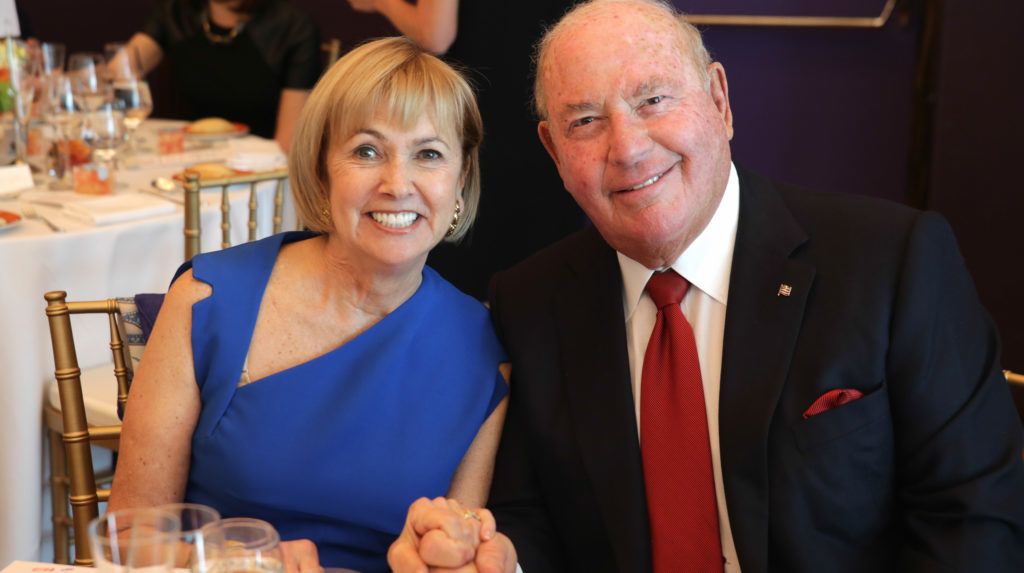 U.S. President Donald Trump plans to name New York-based businessman David B. Cornstein to serve as the new Ambassador Extraordinary and Plenipotentiary of the United States to Hungary, the White House said on Tuesday. However, Cornstein’s appointment still has to be confirmed by the Senate before it can be made official.

Over a year has passed since the former Ambassador, Barack Obama’s appointee, Colleen Bell, left the country shortly following Donald Trump’s inauguration. The embassy is now led by David J. Kostelancik, Chargé d’Affaires (Deputy Chief of Mission). Recently, in an interview held on the first anniversary of President Donald Trump’s inauguration, Jenő Megyesy, Prime Minister Viktor Orbán’s senior advisor for American affairs, claimed that the new US ambassador to Hungary could arrive in Budapest by late spring or early summer.

Megyesy (a Hungarian-American lawyer who is a member of the Board of Trustees of the Friends of Hungary Foundation, which publishes Hungary Today) added that it is hard to predict exactly when the US Senate will approve the appointment of the ambassadorial candidate, who will first have to face a confirmation hearing.

The new candidate for ambassador, Cornstein, is a New Yorker (like Trump), who made his money leasing jewelry. His company, Finlay Fine Jewelry, from which he retired in 1999, is one of the leading jewelry retailers in the United States. Cornstein served as chairman of the New York City Off-Track Betting Corporation and as vice chair of the city’s Economic Development Corporation.  He was also chair of the New York State Olympic Games commission and a board member of the Battery Park City Authority and of the Jacob Javits Development Corporation.   He has been recognized as Man of the Year by the Chemotherapy Foundation and the Juvenile Diabetes Foundation.  He earned his B.A. from Lafayette College and M.B.A from New York University.

In the past year, the US Embassy in Budapest, led by Kostelancik (a career diplomat), has been vocally critical of many of the Orbán governments more controversial actions, such as its  “Lex CEU” higher education amendment legislation, which critics say is aimed at making the Central European University’s continued existence in Budapest impossible. Another point of contention has been the government’s  law requiring civil groups  receiving foreign donations above a certain threshold to register as organizations funded from abroad. Responding to the legislation, the US government expressed concern, writing that the law “unfairly burdens and targets Hungarian civil society, which is working to fight corruption and protect civil liberties.” In addition, the State Department expressed its view that the NGO legislation is “another step away from Hungary’s commitments to uphold the principles and values that are central to the EU and NATO.”

While many Hungarian government officials, particularly Foreign Minister Péter Szijjártó, have been effusive in their praise of Trump, others, such as President of the Republic János Áder, have criticized the American leader for his plans to withdraw the US from the Paris Climate Agreement.