The Organisation for Economic Co-operation and Development (OECD) has upgraded its forecasts for Hungarian economic growth for this year to 3% from 2.1%, and to 2.2% from 1.7% for 2016. OECD said in its Economic Outlook that exports were expected to grow by 5.7% both this year and in 2016 and the current account surplus of 4.8% this year was likely to rise to 5.1%. Unemployment is expected to decline slightly from 6.9% to 6.2%. Private consumption growth is likely to slow from 2.4% this year to 2% next year. As the effects of cheaper energy wane, the OECD expects inflation will gradually converge with the 3% target, reaching 2.7% in 2016.

The report said public debt-to-GDP was expected to be 76.7% in 2015 and 76.1% in 2016. The budget deficit is projected to be 2.8 % in both years. The OECD said that after a marked deterioration of the structural fiscal deficit in 2014, the government should return to a process of improving their underlying budget position to sustainably reduce debt and expand the fiscal room for manoeuvre. By 2016 there will be little economic slack left, which may require the central bank to raise policy rates to contain inflation pressures, the report said. Pro-competitive structural reforms in product markets are the key to stronger and more inclusive growth, it added. The OECD said further lowering the labour tax wedges would boost employment. Measures to improve the business environment for banks and foster a clean-up of their portfolios should be fully implemented. Forint depreciation has become a smaller downside risk than in the past, due to a decline in foreign-currency indebtedness and to the weakness of the euro, the OECD said.

The OECD has joined international organisations that acknowledge Hungary’s economic achievements and positive growth outlook, the economy ministry said in response to the favourable report. The Hungarian government, the IMF, the OECD, large international institutions and market analysts share the view that Hungary’s economy is “performing outstandingly,” it added. The OECD has upgraded its forecast of Hungary’s main indicators to a greater extent than those of other Visegrad Group countries, it said. Whereas global economic growth has slowed from last November, it is noteworthy that Hungary’s economy is on a stable growth path and stands out in European comparison, the ministry added. 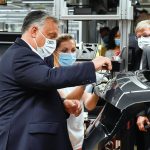 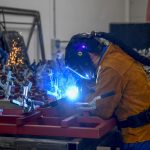