October 23: Only Two State Events and Two Demonstrations to be Held Amid Coronavirus Scare 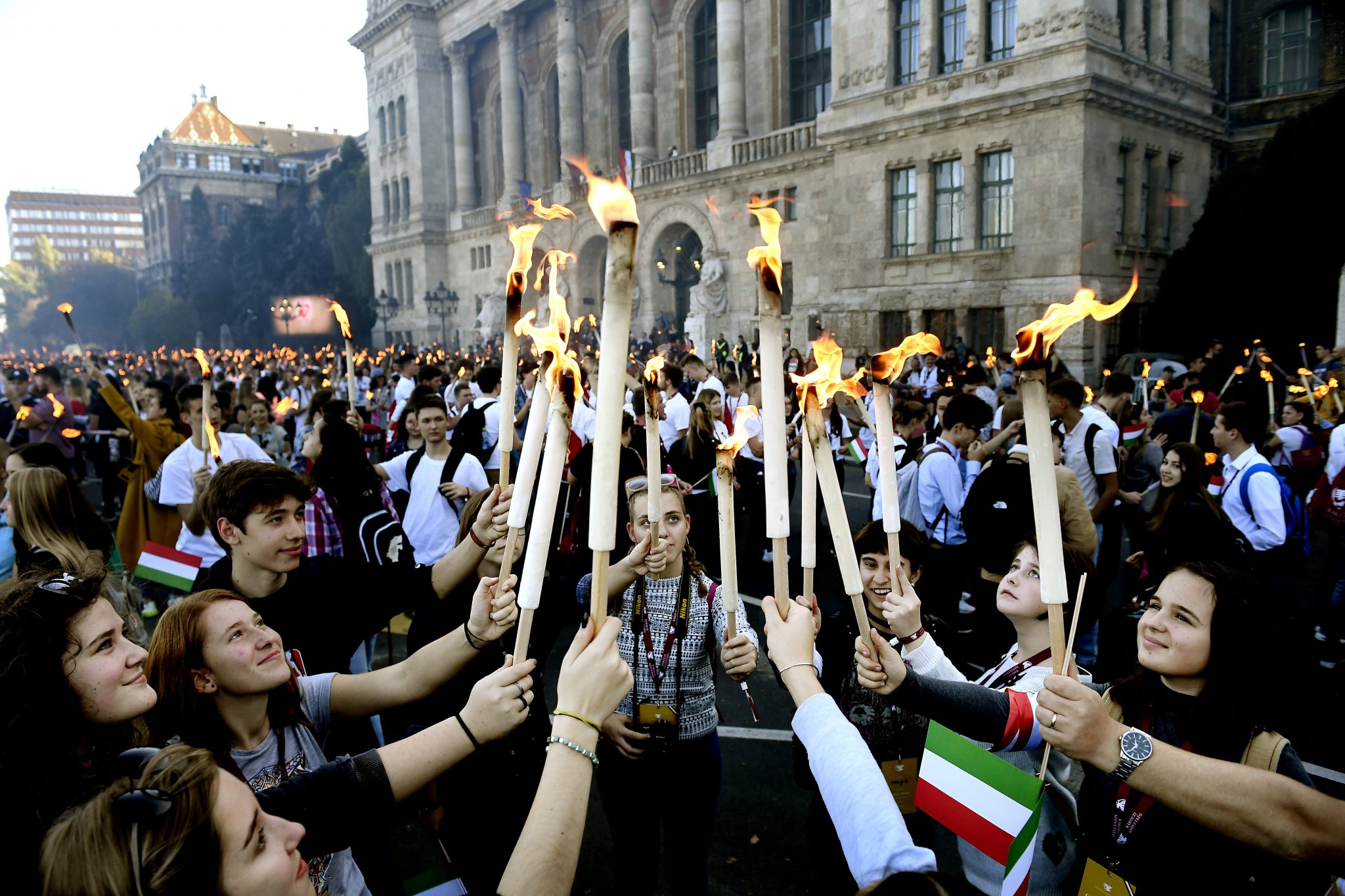 In light of the coronavirus pandemic, only two official state events will be held this year to commemorate Hungary’s 1956 uprising against Soviet rule tomorrow, on October 23rd. Neither the opposition parties, nor Fidesz will hold their usual commemoration events in the city, as the Operative Board warned people to avoid the gathering of large crowds. However, two demonstrations will be held on the national holiday: Independent MPs Ákos Hadházy and Bernadett Szél planned a protest against propaganda, while the students of the University of Theater and Film Arts will hold a demonstration for the autonomy of their institution.

As we reported earlier, ceremonies on October 23rd will be significantly reduced, as they would like to avoid the gathering of large crowds. Municipalities were also asked to pay attention to these considerations by the Operative Board. The national flag will be hoisted with military honors in a ceremony beginning at 9am in front of the Parliament building, while the other event will be the presentation of Hungarian state awards. In addition to the official events, between October 22nd and November 4th, photos marking the most important sites of the freedom fight will be shown around Budapest.

One week ago, Chief Medical Officer Cecília Müller announced that due to the epidemic, only two state events will be held, and asked everyone to avoid organizing programs where crowds could gather. She repeated the warning on several occasions, most recently on Wednesday at the operative board’s usual online briefing, saying that people should avoid attending mass events or community events.

Thus, both opposition parties and government parties announced that they will not hold central commemorations this year, however, there will be minor events. For example, according to tradition, the Socalists (MSZP) will place flowers in Kaposvár at the birthplace of Imre Nagy on the eve of the holiday, October 22nd. Although a torchlight event usually follows, this time it was canceled due to the epidemic situation. Several parties have also indicated that their leaders will have a wreath-laying and smaller commemorations, but this time it is often limited to online space. The press department of the Fidesz faction, for example, said in response to a question from Magyar Hang, they adhere to the guidelines of the operative board, and they will not organize events due to the epidemic.

However, instead of the traditional central and party events, there will still be street movements and demonstrations. Independent MPs Bernadett Szél and Ákos Hadházy organized a demonstration for October 23rd at the front of the public media building in Kunigunda Street. However, due to the epidemic situation, the demonstration will be held as a ‘car blockade.’ According to the Facebook event of the demonstration, the politicians ask everyone to help them “blockade the factory of lies, the headquarters of MTVA on Kunigunda Road, as this day is also about the fight against propaganda: in 1956, revolutionaries went to the radio to tell the truth instead of the lies on all wavelengths from the speakers.”

The demonstration against propaganda organized by the two independent MPs’ events was not an undivided success among the opposition parties. According to Magyar Hang, officially as a party, no one will participate. However, the date of the demonstration was set so that anyone who wanted to could take part in another protest: the University of Theater and Film Arts (SZFE) students’ walk afterwards.

The university members, students, and everyone who are in solidarity with them from the various universities of the country, are organizing a parade in the spirit of intellectual freedom. According to the event organizers, they will start from the quay of the Technical University, from where, on October 23, 1956, the students walked for what they believed. The walk will lead to the Urania National Film Theater, and with this they will remember “we can achieve everything if we act together.” The last leg of the route, as a tribute, will be done silently, with the crowd marching quietly from March 15 Square to Urania.

Everyone is asked to arrive with a facemask due to the epidemic situation. Organizers also explicitly asked participants to arrive as private individuals, because the movement is distancing itself from party politics. Several opposition forces have already indicated that although they will not be present at the event as a party – they will not carry flags or other tools – they will nevertheless join in and encourage their sympathizers to do the same.

Last year, in addition to the state celebrations, the biggest event was in the capital, with a speech in the City Hall parking lot by newly elected Budapest Mayor Gergely Karácsony, and a Quimby concert closing the evening. This year however, the capital informed everyone that no event will be organized due to the coronavirus epidemic, although Gergely Karácsony will commemorate the 1956 revolution.