October 23 “Lifts Up And Cleanses Us”, PM Orbán Tells Hungarians On National Holiday 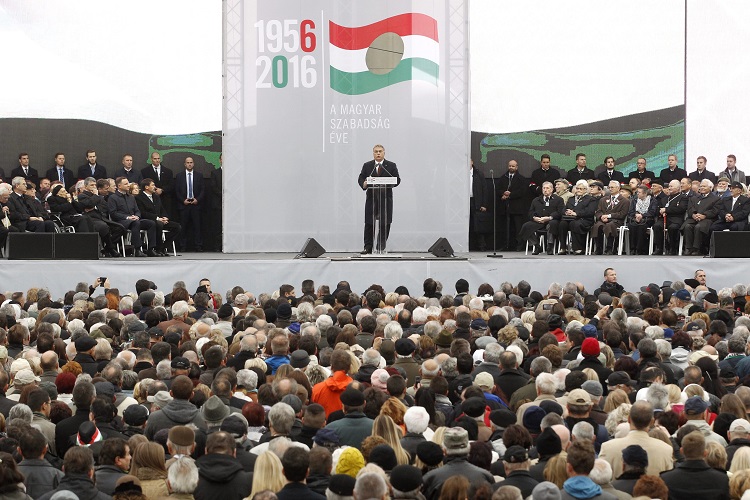 The European Union must not be turned into a “modern-age empire”; the community must not be replaced by a “United States of Europe”, Hungarian Prime Minister Viktor Orbán said on Sunday. Speaking at state commemorations of the 1956 revolution, Viktor Orbán said that “freedom-loving peoples of Europe must save Brussels from Sovietisation”. “We, Hungarians, want to remain a European nation, rather than become an ethnic minority in Europe,” Orbán insisted. 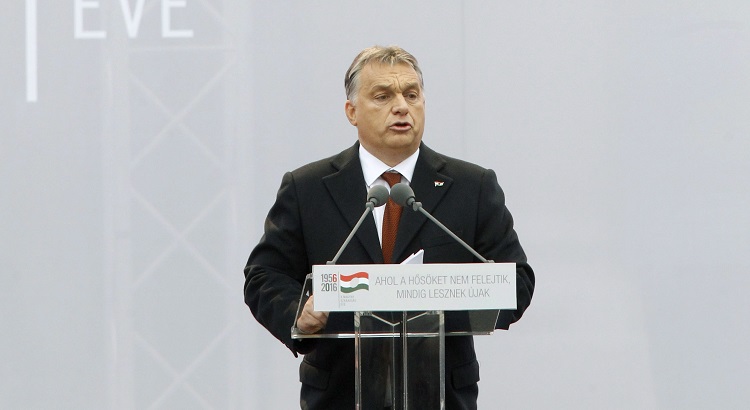 “It is only our national independence that can save us from being devoured by an empire,” Orbán said, and argued that it was that very “national idea” that had saved Hungary from being integrated into the Soviet Union. As descendants of 1956, Hungarians “cannot let Europe cut the roots that had once made it great and also helped us survive communist oppression,” Orbán said. He added that Europe could not be “free, strong, and respectable without the revitalising power of nations and two thousand years of Christian wisdom”. The prime minister insisted that Hungary had chosen “the hard way” when it “preferred children of its own to immigrants, work to speculation, earning a living to becoming a slave of indebtedness, and protecting borders to surrendering”.

Hung arians will always fight for freedom and will achieve it “even in the most hopeless of situations,” Prime Minister Viktor Orbán said at the state commemoration marking the 60th anniversary of Hungary’s anti-Soviet uprising of 1956. “We, Hungarians, have a talent for freedom, we have always known how to use it. He warned that freedom is “not a final state but a way of existence; just like swimming: you stop doing it and you will sink”. The question is always this simple: whether we decide on our own fate or other people,” he added. October 23 is a day on which Hungarians should be proud, the prime minister said. 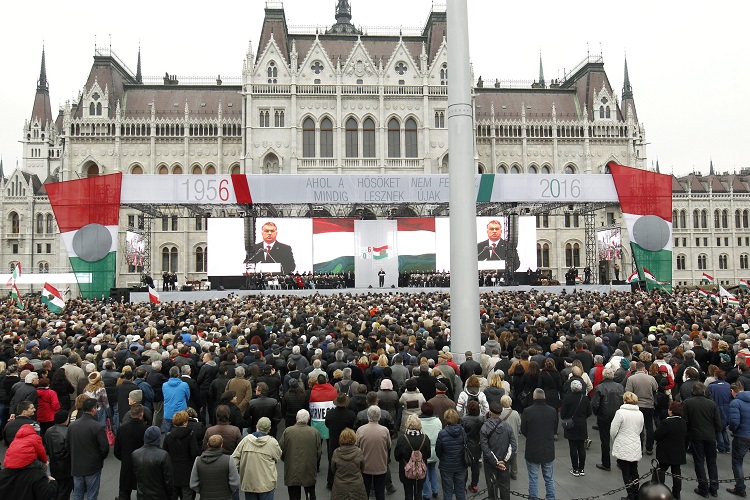 Even after 60 years, October 23 is still a day that “lifts up and cleanses us”, Orbán said, calling the national holiday a “shared heritage” of the Hungarian people. He said Hungarians can be thankful to the heroes of 1956 that they had much to be proud of even in “the darkest years of Hungary’s history”. History puts Hungary in the mainstream of disputes on the future of Europe every 30 years, the prime minister said. He argued that in 1956 Hungary attempted to “shift the Iron Curtain east of our borders”, then in 1989 the country opened its western borders “so that Germans could find a way to Germans”. And most recently, Hungary “had to close its borders to stop the influx of migrants from the south”, he said. Hungary will not falter “even if those whom we are trying to protect attack us from behind”; we have “the courage to face injustice… and Europe can always rely on us,” Orbán said. 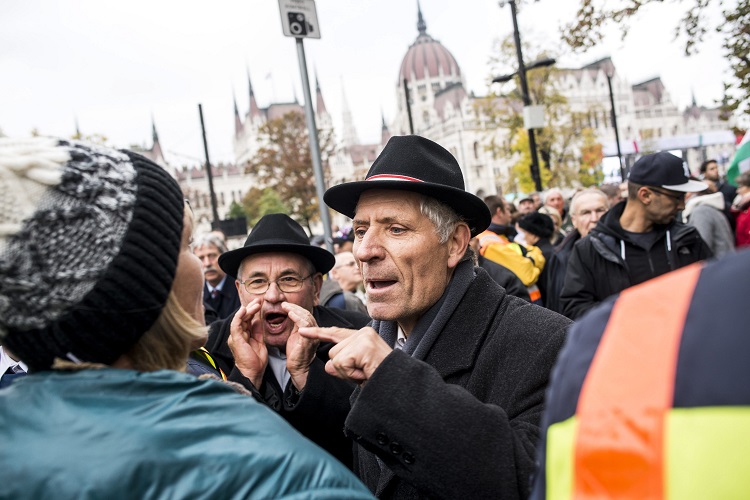 Before Viktor Orbán’s speech anti-government demonstrators gathered near Budapest’s Kossuth Square to try to disturb state celebrations marking Hungary’s anti-Soviet uprising of 1956 on Sunday afternoon in Budapest. The protesters used referee whistles, horns and rattlers to express their disapproval of the government and got louder when the Prime Minsiter went up on stage to deliver his speech. The protesters mainly consisted of supporters of the left-wing opposition Együtt (Together) party and members of the Civil Opposition Roundtable and the Democratic Resistance civil groups. Several scuffles broke out between demonstrators and those who were there for the celebrations.