The solution to Europe’s demographic challenges is more children, Katalin Novák, Hungary’s deputy state secretary for family and youth affairs, said ahead of an international conference in Brussels on Tuesday evening.

Young people tend to conceive of their future in terms of having a family, often a large one, which is why it is important to help them have as many children as they want, Novák told a press conference.

The replacement rate in Hungary and in the rest of Europe is too low, Novák said, adding the Hungarian government’s goal is to help young Hungarians establish a family.

Regarding her visit to Brussels, Novák noted she met Dubravka Suica, EU commissioner for democracy and demography, and discussed problems such as the low fertility rate and the aging population.

The issue must be addressed at EU level, Novák said, calling for “the mobilisation of internal resources of member states to stimulate demographic growth”.

“There are many ways to approach the issue of demography,” Novák said. “Hungary’s firm position is however that migration is not the solution.”.

György Hölvényi of the Hungarian Christian Democrats said Europe’s future was in the hands of young people. More focus on the family should be given at EU level, he added.

The conference was held in the European Parliament with the participation of young people from 15 countries, as well as MEPs, government officials and family and youth affairs experts of the European Commission. 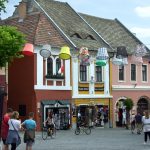 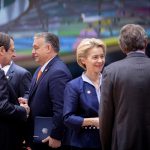