Nothing Should Be Allowed To Damage The Foundations of Our Being, President Tells Diplomats 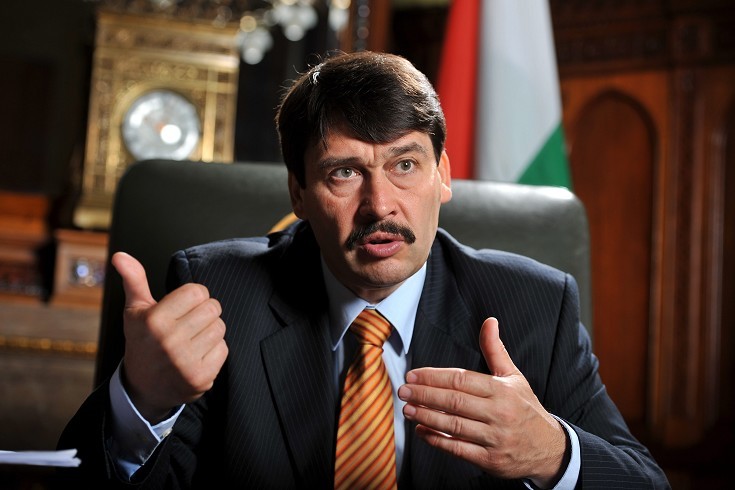 Nothing should be allowed to destroy the foundations of our being: the lessons from our parents, our faith and our national identity; not even apathy, an urge to conform, or to follow some passing fashion, President of the Republic János Áder said, delivering a traditional opening year address to diplomatic corps at the Palace of Arts in Budapest.

The President pointed out that the events of the previous year have, in many cases, proven detrimental to dialogue between countries struggling to find solutions to new challenges. We had difficulty in understanding each other but nevertheless occasionally found a common voice. This capability will be more in need in 2016 than ever before, Mr. Áder emphasised. “Diversity is a universal treasure and our affiliations, innate or voluntary, can be varied”, he pointed out. 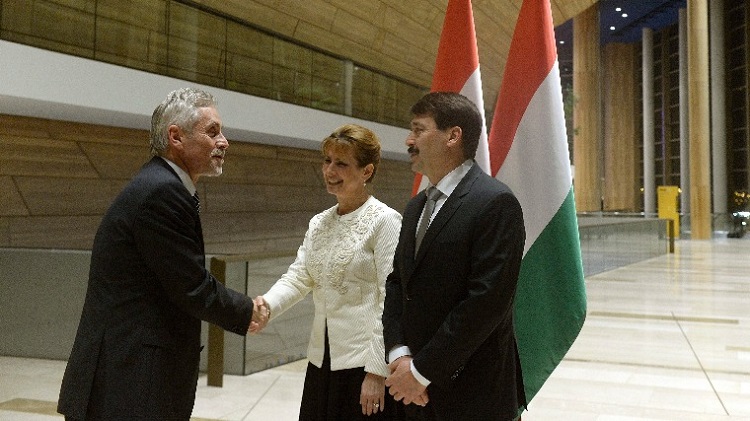 President of the Republic of Hungary János Áder (R), in the company of his wife Anita Herczegh, greets Polish Ambassador to Budapest Roman Kowalski, in Budapest’s Palace of Arts (photo: Noémi Bruzák/MTI)

Pointing to the beliefs of 20th-century Hungarian composers Zoltán Kodály and Béla Bartók, Mr. Áder said national particularities can live side by side in a world where everyone insists to have a say of their own, but also respects the decisions of others. The evening’s programme featured Hungarian folk music and folk dance, which would create an atmosphere of “a Europe of nations” and “a community of shared fate”, the President said. He said such programmes were what brought traditions to life and wished the diplomats present that their countries should understand each other as well in the upcoming year as they did during the evening’s festivities and New Year’s greetings.