No Deal Yet in Audi Hungaria Strike 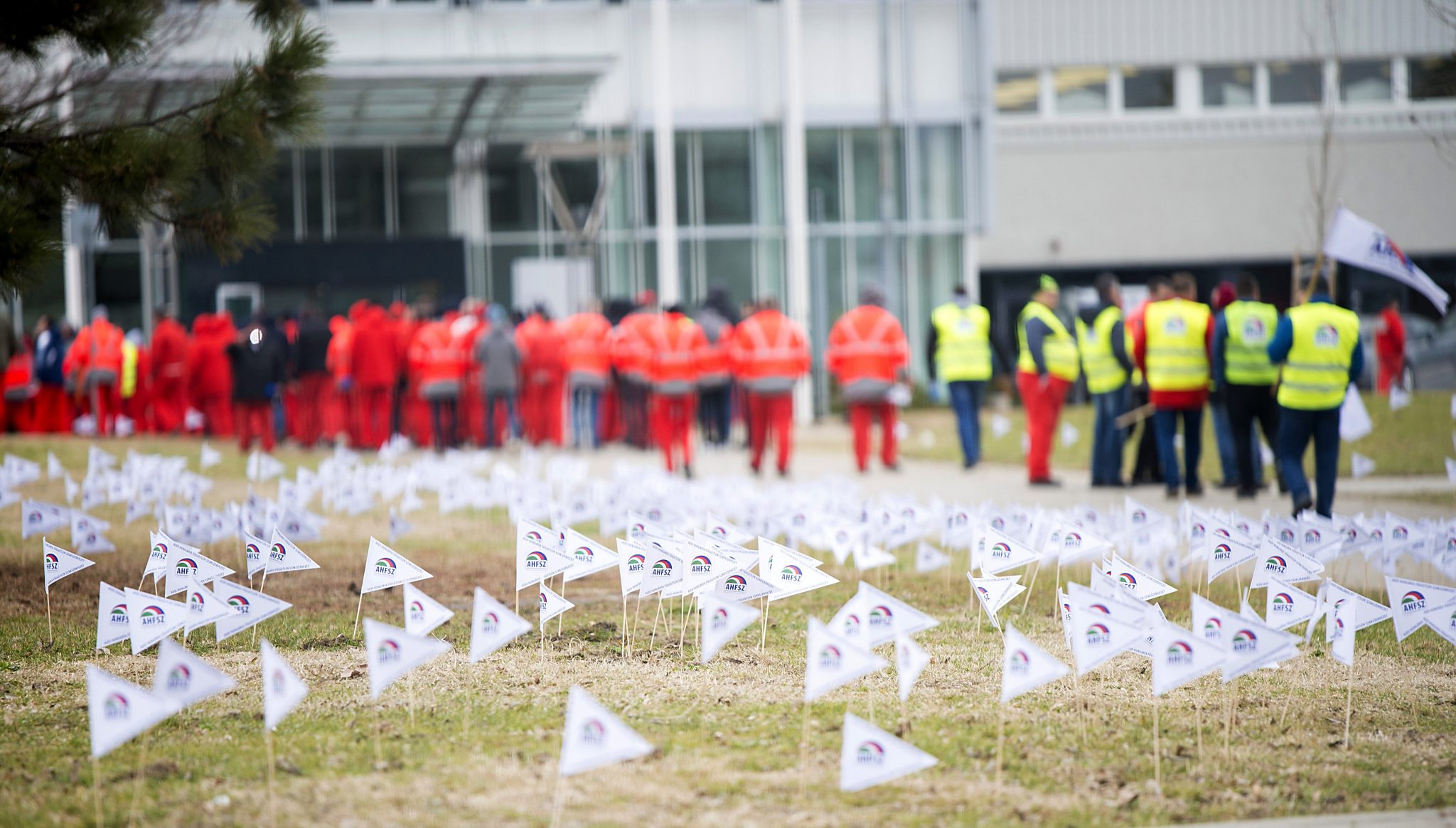 Wage talks ended without a deal between Audi Hungaria and the Audi Hungaria Independent Union (AHFSZ) on Monday night, MTI has learned from sources familiar with the talks.

Production at German carmaker Audi’s base in Győr has come to a “practical halt” since the strike over higher pay started on Thursday, and Audi has been forced to pause production at its headquarters in Ingolstadt.

The Audi Hungaria Independent Union is demanding a wage increase of at least 18 percent, but no less than 75,000 forints (EUR 235) a month. They also want the annual threshold for non-wage benefits raised to 787,000 forints from 620,000 forints.

Audi Hungaria employs some 13,000 people at its base in Győr (NW Hungary). AHFSZ counts now about 9,300 of those workers among its members.