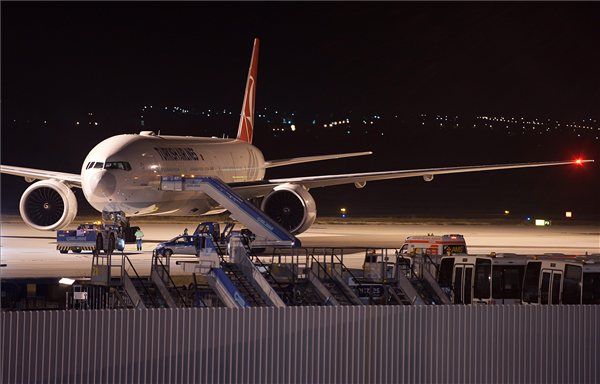 As we have previously reported, no scheduled flights will be allowed to take off or land at Budapest’s international Liszt Ferenc Airport between midnight and five am from August, under an agreement signed by the city and the Ministry of Innovation and Technology on Tuesday.

What exactly does this mean for those living in the vicinity of Liszt Ferenc Airport in Budapest whose complaints resulted in the agreement? And for low-cost airlines, what will the repercussions be? The exact regulation is still in progress, but some are already arguing that there will be little to no change in the area.

At a press conference held by Budapest Mayor István Tarlós and Minister for Innovation and Technology László Palkovics, the mayor stated that they made a ‘promise’ that the night flight ban would go into effect during a meeting of the Air and Aircraft Council, adding that there will be no “exceptional situations” in which flights are granted a landing permit.

The night ban would affect flights between midnight and five o’clock. During this period, no flight would be authorized to land or take off at Budapest airport. According to the airport’s official website, an average of five to six flights occur over Budapest each night. Typically, there are no takeoffs at night, and there are days when only two flights arrive at the airport. Today, April 25th, six aircraft have landed according to schedule within this timeframe. In reality, however, there may be even more flights involved: it often happens that an aircraft, which should have arrived before midnight, is running late. This often doubles the number of aircraft between midnight and five am. Just overnight, seven such planes arrived in Budapest, resulting in 13 aircraft flying over in the period affected by the ban.

However, according to airport sources at hvg.hu, the airport will not be closed at night, and the proposed legislation which will come into effect in August will not actually ban all nightly activity – just that which happens over Budapest. For example, in the case of the so-called ‘Direction 31’, if certain conditions are met, heading north-west and south-east would still be possible as aircraft would not fly over Budapest. This means that for the residents of Monor, Péter, Üllő and Vecsés, the situation could potentially get worse from August.

According to the news portal, the Ministry of Innovation and Technology is currently waiting for a study, that – pending a positive result – would enable aircraft to use ‘Direction 31’ in case of stronger winds. Although this would not change the air traffic after August, it would also not be risk-free given that the planes may not be able to land using ‘Direction 31’. László Palkovics ensured that those in violation of the ban will face a fine, possibly causing airlines to reconsider taking advantage of the loophole.

Perhaps most affected by the ban are low-cost airlines, as well as those who prefer to travel for a cheaper price. After all, the ban would make it impossible or at least very difficult for around 20 flights a day, delayed or not, to land.

This leaves low-cost airlines with a few options: They could cancel flights occurring in the hours between midnight and five am, as well as those scheduled in the risky half-hour period before midnight. They could also modify their schedules and arrive before 11.30 pm; however, it would be harder to coordinate with other airports. Some have pointed out that they could also transfer the concerned aircraft to other airports in the area, such as those in Debrecen, Bratislava or Vienna. They could also retain any flights unable to use ‘Direction 31’ and simply pay the fine. According to Tarlós and Palkovics, most of the money from these charges will be put towards a government subsidy used to pay for soundproof windows for those living close to the airport.

The exact wording of the regulation is still in progress, so it remains uncertain which solution low-cost airlines will adopt, as well as how the ban will affect Hungarian tourism, plane ticket prices and the lives of those living close to the airport.