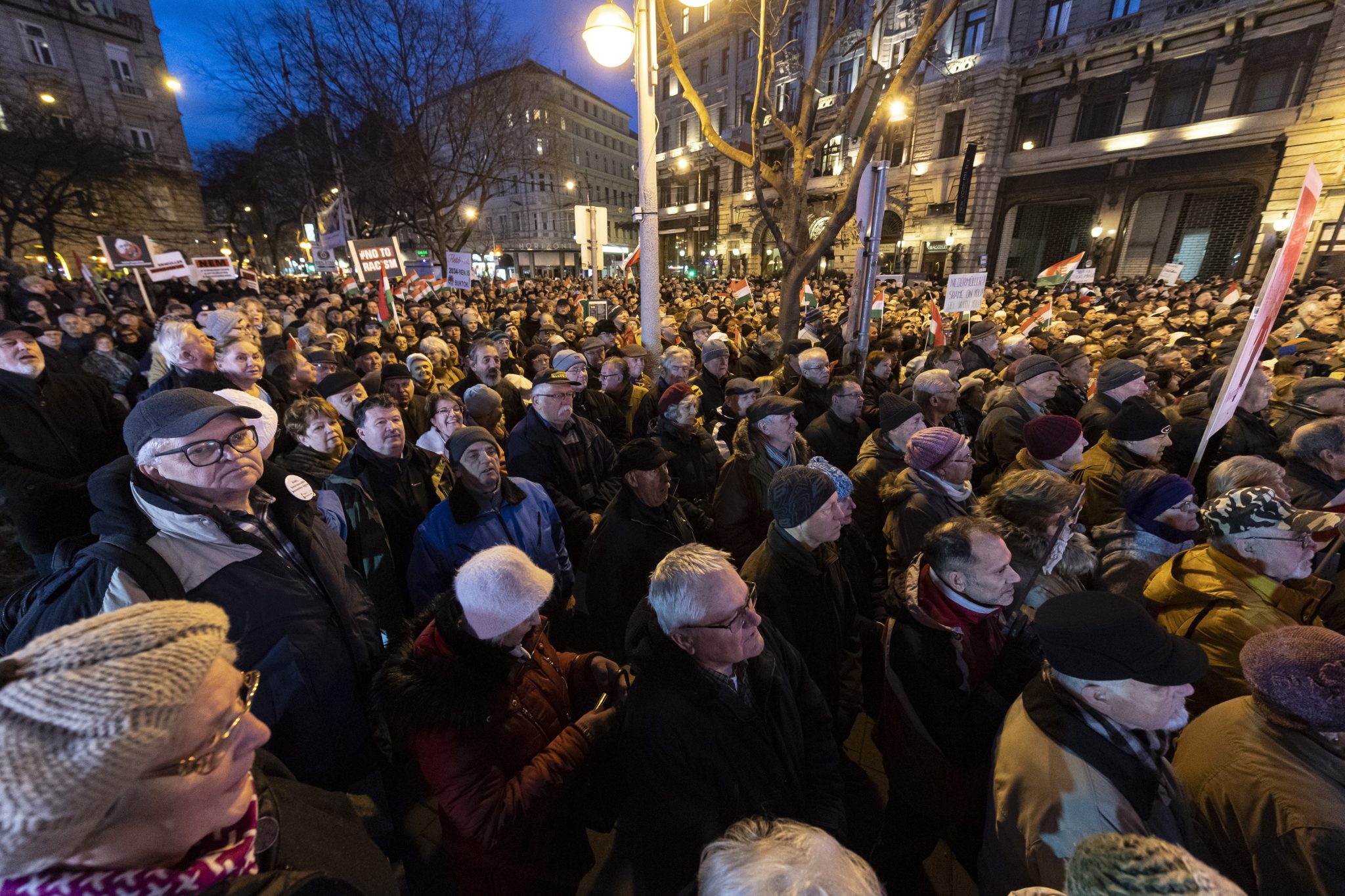 Demonstrators gathered on Thursday evening in front of Budapest’s 7th district mayoral office to protest against the district’s mayor Péter Niedermüller over his controversial comments. Speakers agreed that Fidesz and the government always stand up for diversity and is against all kinds of exclusion, unlike DK and Niedermüller, who must withdraw from politics.

The demonstration that drew around 2-3000, mostly elderly, in front of the 7th district mayor’s office was organised by Fidesz’s youth arm over Fidelitas Niedermüller’s controversial words in a TV interview last week. The 7th district’s Democratic Coalition (DK) mayor said that “[…] if we look at what remains if you strip away these hated delineations that we have listed: non-Hungarians, others, migrants, Roma, I don’t know what, then there is this scary formation left in the middle: white, Christian, heterosexual men – and there are of course (some) women among them. That’s the family concept. And this is terrible, because if we look at what the so-called white nationalists are made up of all over the world: that’s it…”

Although afterwards he tried to clarify his words, denying that he would hate and exclude anyone and arguing that he was only talking about the government’s concept of family, which he thinks is exclusive, Fidesz and its allies announced a demonstration in defense against Niedermüller’s alleged racist, anti-Christian, and sexist remarks. 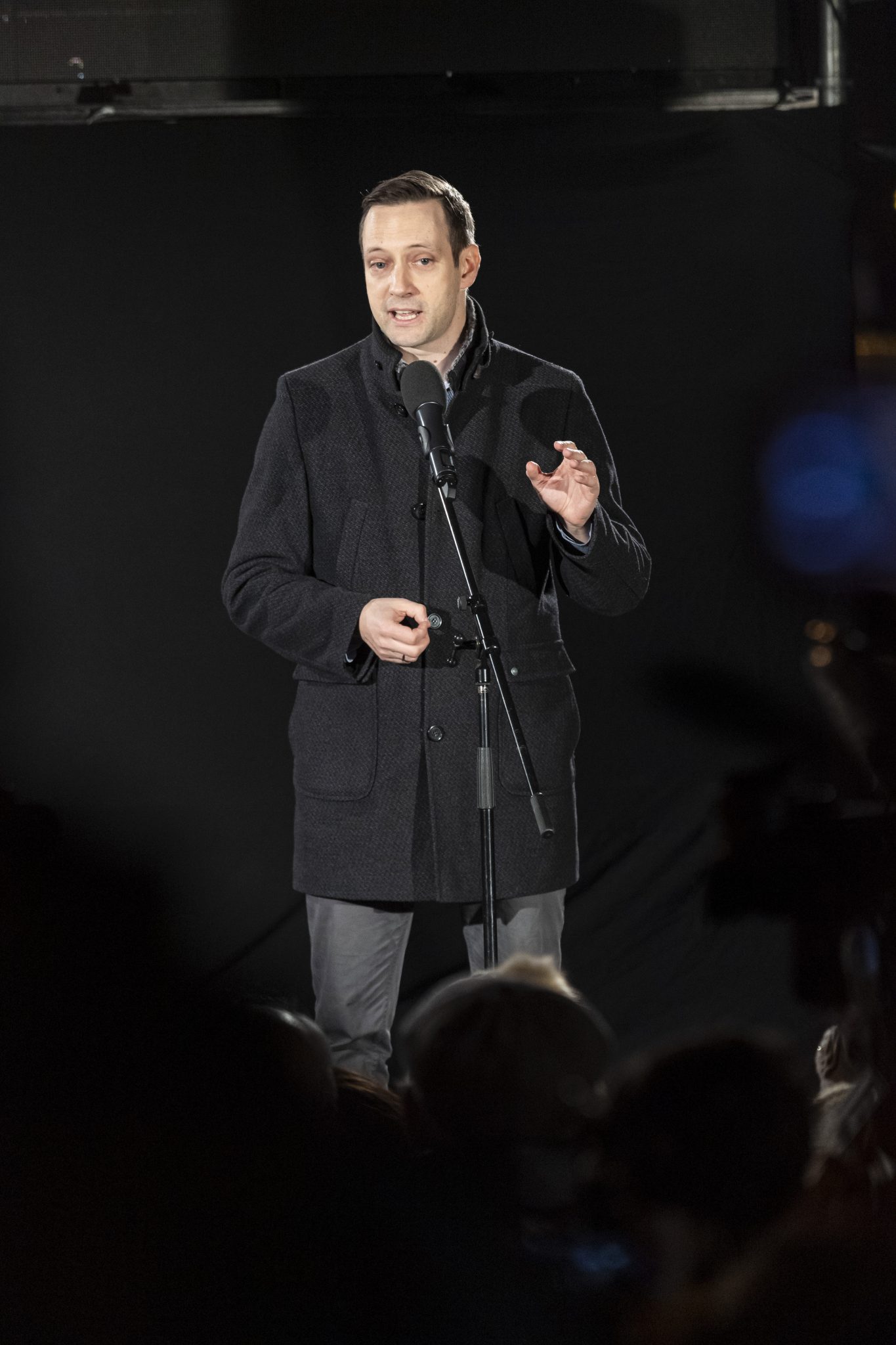 According to Fidesz communications chief István Hollik, Niedermüller’s words showed that “losing Christian freedom is just a change of government away,” explaining that they want to erase St. Stephen’s thousand-year-old heritage. He claimed that what Niedermüller said is scary. “He made a distinction about us based on skin color and religion and hasn’t yet apologised.” He then cited Pope John Paul II’s words: “Have no fear!” Whoever threatens Hungarian Christians, we must say that we have no fear, he claimed.

Hungarian Catholic Bishops on Niedermüller: ‘Christians Stigmatised because of their Faith in Hungary in 2020’

Fidesz-founder and main pro-government opinion leader Zsolt Bayer, famed for his impetuous and controversial writings, said that the world began “to spin out of itself.” He said now “violence-backing judges, school abusers, teacher-beaters who then seek millions of compensations, dismantlers of the border fence, hallucinators of the open society, haters of the traditional family, deniers and persecutors of masculinity and femininity, hierarchy-deniers are put on the pedestal nowadays.” 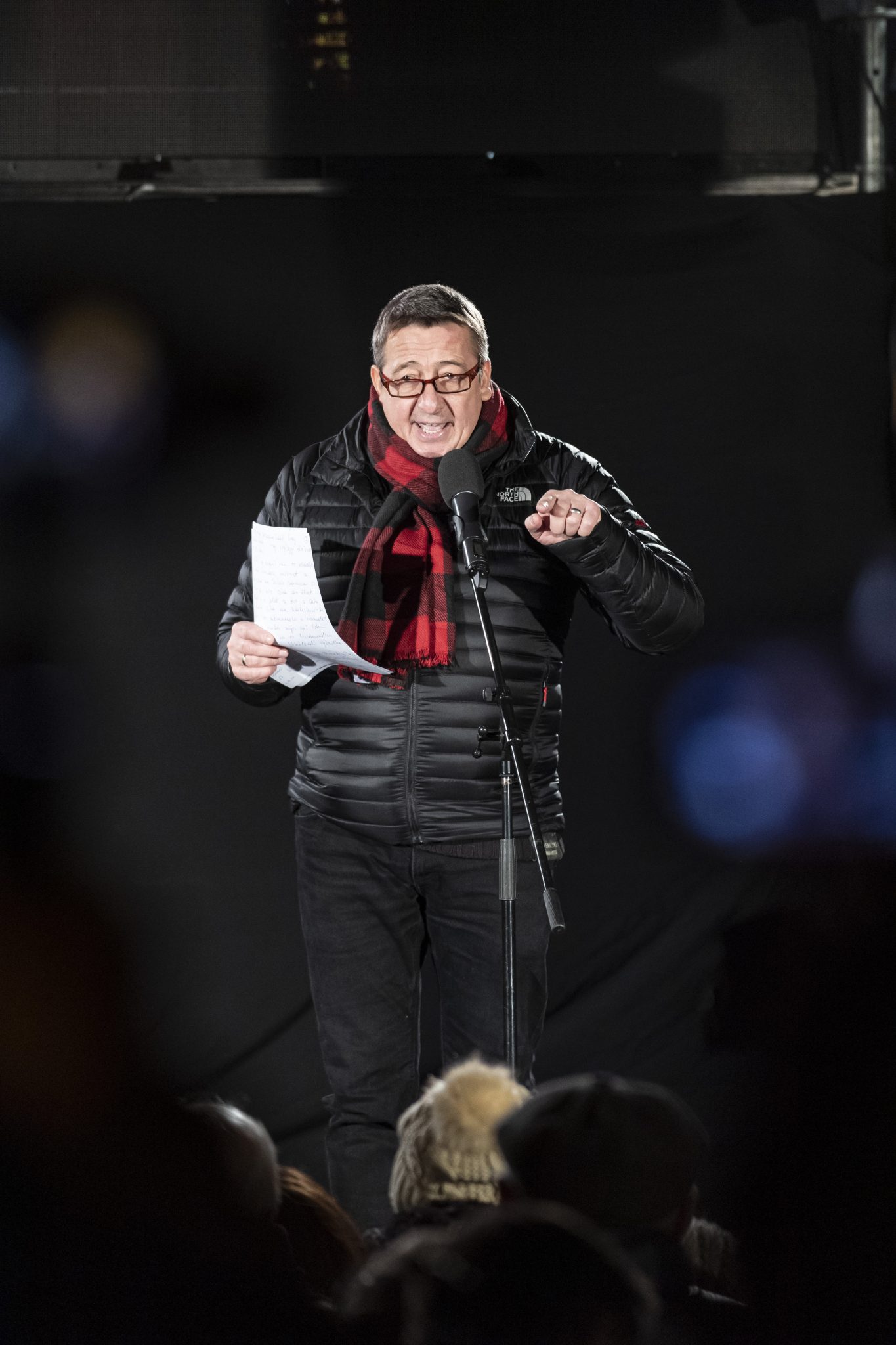 István Bajkai, the 7th district’s Fidesz MP said he can’t get over Niedermüller’s stigma, who is “the armor-bearer of the vanguard of hate policies [DK leader and former PM] Ferenc Gyurcsány,” said. He said Niedermüller’s words were intolerant and degrading, the defiance of human rights that Christians stand by. “Here it’s natural that everyone can live in peace, this is what Fidesz’ policies based on, prescribing tolerance towards everyone,” Bajkai stated.

Radical pro-Fidesz site Vadhajtások was also present at the event, which was not short of incidents. First, liberal HVG’s reporter, András Hont, was allegedly hit and assaulted by the aforementioned site’s founder Zsolt Bede. Then, several demonstrators insulted liberal 444.hu’s reporter Dániel Ács. What is more, conflicts were also reported with the counter-demonstrators too. The police detained one of the counter demonstrators for hitting one of the organizers with a rod.