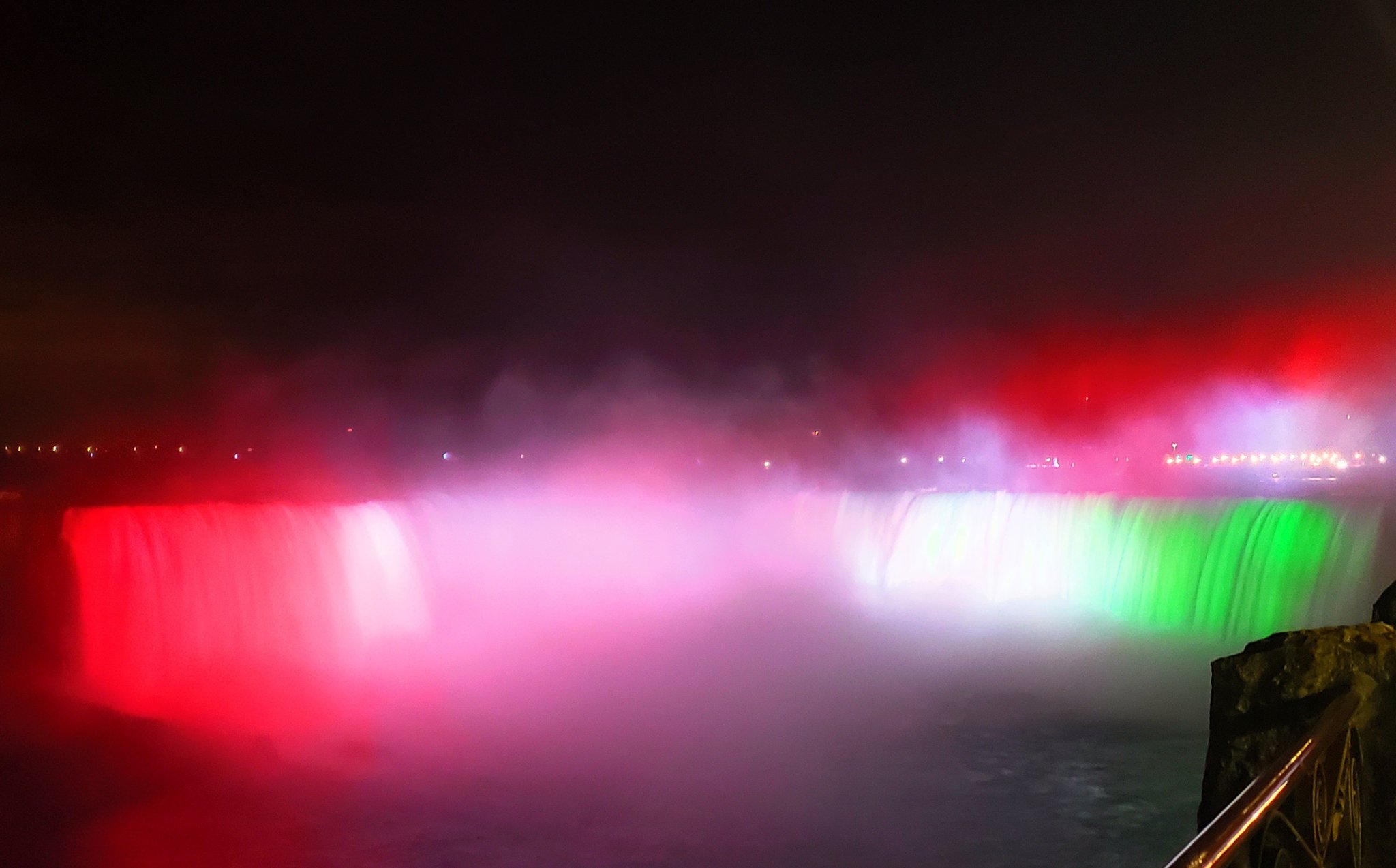 On October 23, Niagara Falls turned red-white-green, the Hungarian national colors, to commemorate the 1956 Hungarian Revolution and Fight for Freedom. Minister of Foreign Affairs and Trade Péter Szijjártó posted about the sight on his official Facebook page.

On the eve of the 23rd of October, on the Canadian side, Consul General of Toronto Valér Palkovits turned on the lights responsible for illuminating the waterfall. Immediately after that, Sándor Balla painted the American side of the waterfall with the colors of the Hungarian national flag as well.

Valér Palkovits said that “in the year of national unity, on the day of our national holiday, we pay tribute to the heroes of 1956 this way. This is how we remember our more than 30 thousand compatriots, who were forced to leave their homeland after the defeat of the revolution and who found a new home here, in Canada.”

Expressing the power of togetherness, back in June 4, on the occasion of Trianon’s 100th anniversary, 100 strands of flowers were also thrown into the water.