Your Next Favourite Spot: Chez Dodo, Budapest’s Only Macaron Shop 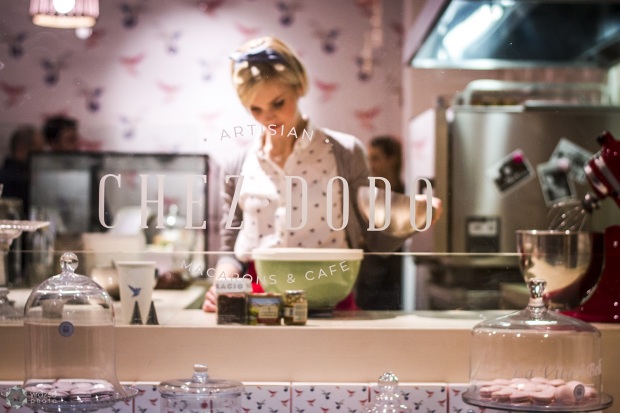 For fans of French pastries, here’s a place not to miss: visit Chez Dodo in downtown Budapest’s Sas utca and try an original French macaron!

While it’s possible to eat macarons at many places around town, currently Chez Dodo is the capital’s only macaron shop, meaning an establishment where only macarons and coffee are available.

Entering the place, you’ll see that the space is dominated by a giant glass showcase, full of small, pastel-coloured cakes. Next to it is the work surface and opposite, you can find the bar with several smaller tables and some chairs, where guests can enjoy the delicious cakes in house – although, due to the shop’s small size and beautiful “to go” boxes, its rather more a takeaway establishment on balance.

Dodo – real name Dóra Szalay -, after whom the place is named, explained to a Hungarian website and her love for the French delicacy: “I have loved baking since childhood, although life took me in a different direction – I became an economist. I began working at an advertisement agency but still continued experimenting at home, in the kitchen. It was during I was baking that I took a book written by Pierre Herné, the famous French confectioner, into my hands. It was in that book that I found macarons, which completely mesmerised me”, she said. Her love affair with the dessert quickly began and she became infatuated with macaron baking, even visiting Paris to perfect her skills – this was three years ago now. “With my macarons, my intention is not to popularise a fashion already established in Hungary – I want to convey the atmosphere, feeling and quality experienced in France”, she explains.

The various tastes all carry their own French names and are invented one by one by Dodo, who, in the absence of a secluded kitchen, prepares the cakes in front of her guests – guaranteeing a special experience to accompany the delicious tastes. 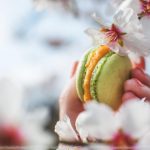 Sweet As Hell Sweeties At The Macaron Heaven in Budapest 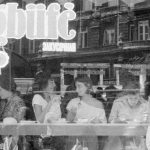