Based on what we know and what we can conclude at this point, long debates will precede the vote on the EU’s next budget as not only the European Commission announced its aim to decrease spending (i.e. funding the less wealthy states) but Germany wants an even larger cutback. The Orbán government has already hinted a veto.

Due to the huge hole that Britain’s departure leaves in the EU budget (the UK being one of the EU’s net contributors), it has long been known that member states have to count on considerable changes and decrease of funding in the next EU budget. What is more, the EU wants to implement new conditions and changes in distributing the money and aired that it plans to cut cohesion funds and agricultural subsidies. As a result, back in June 2018, PMO Head Gergely Gulyás already called the draft budget “unacceptable” for Hungary as “it is taking away resources from poorer states to transfer them to richer ones.”

In addition, many actors and factors, including EC’s incoming president Ursula von der Leyen, have already suggested that the EU funding should be linked to the rule of law criteria something which the EU’s reigning president, Finland, supports as well. This would likely have an adverse impact on the Orbán government in Hungary as it has come under severe EU criticism for rule of law, judiciary and academic freedom issues. In addition, the misuse of EU funds has played a large role in domestic political controversies over the past several years.

What we know now, according to the EC’s current plans, it would spend €1.135 billion in commitments — equivalent to 1.11 percent of the EU27’s gross national income (GNI), while the European Parliament pushes for a budget of 1.3 percent.

As a result, according to a 2018 analysis of Hungarian financial news outlet Portfolio, Hungary would get €7.6 billion less in the next cycle, but due to the hike in the co-founding rates, it would have to pay €3.1 billion more. This equals an overall 34% decrease to only €21.3 billion which is quite significant.

Not surprisingly, PMO Chief Gulyás once again stated that the Hungarian government will veto the budget if it proceeds in its current form. In a Monday interview with Reuters, he repeated the Hungarian government’s well-known arguments and insisted that it would be unacceptable for the distribution of EU funds to be based on “political considerations.” He added that “what we reject is that it is not the standard of living and the (fiscal) performance that would matter.” He also said, however, that Hungary is open to an agreement and to work out a fair and proportionate system in the additional burdens caused by Brexit.

What is more, according to a leaked plan, revealed by Politico, Germany would push for an even tighter budget, pointing to the Brexit. Berlin would cut back spending no higher than 1 percent of the EU27’s GNI over the upcoming seven-year period – the lowest rate in the past 28 years. And this stance meets the position of other wealthier (and net contributor) countries, too, including the Netherlands and Sweden.

Many predict that final decision on the budget can come as late as in the second half of 2020, something that can also be disadvantageous for Hungary, as Germany will take over the EU presidency in that period. 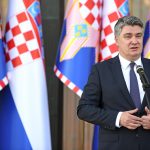