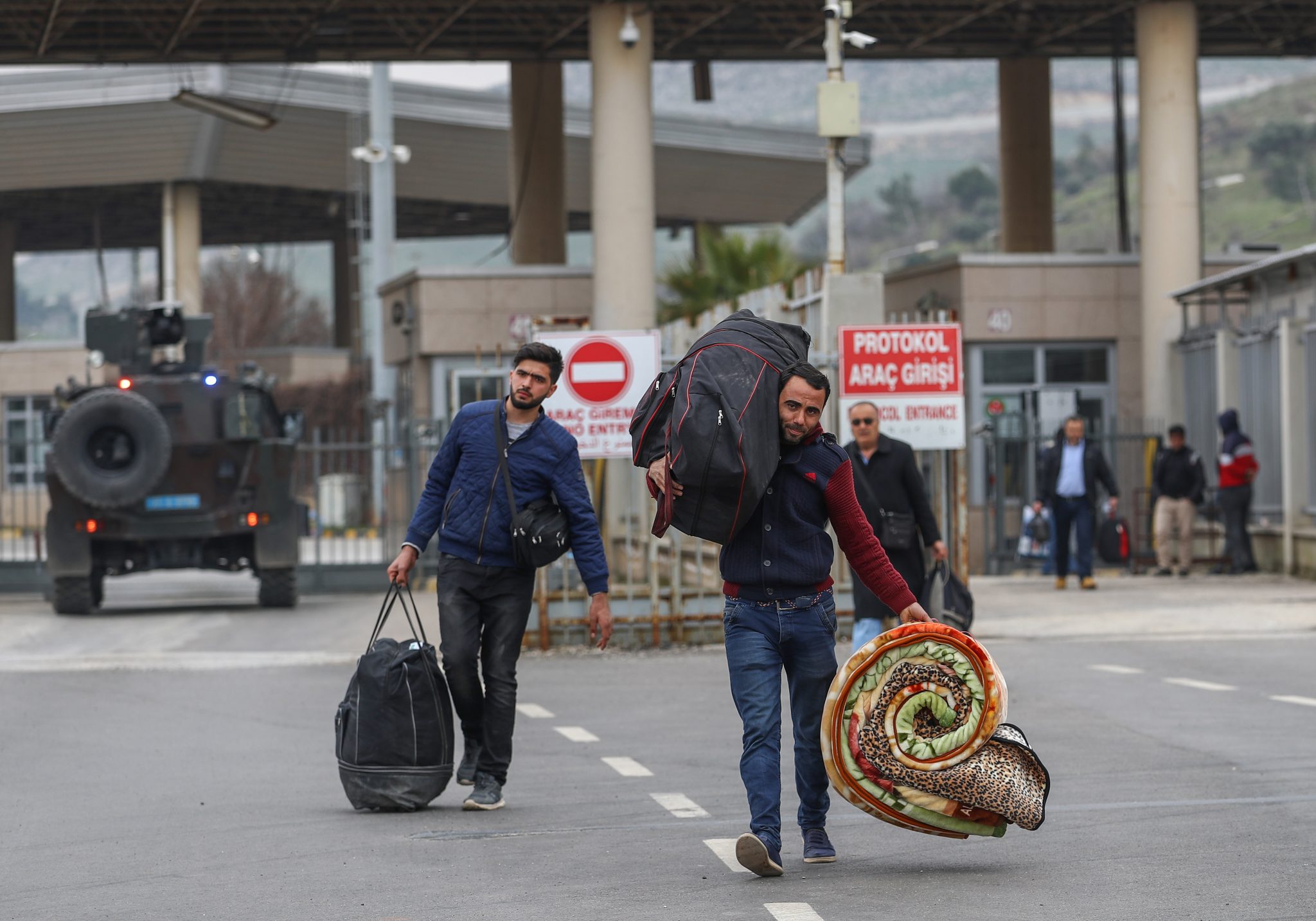 After an air strike by Syrian government forces in Idlib province, killing 33 Turkish soldiers, Turkey announced it will no longer stop Syrian refugees from reaching Europe. According to a Turkish news agency, a few hundred of them have already started heading towards Europe. Meanwhile, in a radio interview, Hungarian PM Viktor Orbán warned that Hungary should be prepared for further waves of migrants and “regular, massive attacks” on its border fence in the south.

Groups of refugees have already started heading toward Europe from refugee camps in Turkey on Thursday night after the Turkish government opened its border gates to Europe and suspended road and border controls, Turkey’s Demirören news agency reports. Refugees will be able to access the EU through Turkey either by land or sea.

According to their information, around 300 migrants, including women and children, began heading towards the borders of Greece and Bulgaria. Both countries have started tightening security along their borders with Turkey after groups of migrants headed toward the frontier.

What Could Hungary Gain with Erdogan’s Friendship?

On Thursday, Turkey’s governing AK Party spokesman Omer Celik in a CNN Turk interview, said that the country’s refugee policy hasn’t changed, but it will no longer be able to hold refugees.

As a result of the clashes, President Recep Tayyip Erdogan chaired an emergency security meeting on Thursday night and once again threatened Europe that Ankara would not stop refugees trying to reach Europe anymore.

In anticipation of the imminent arrival of refugees from Idlib, Turkish police, the coast guard, and border security officials have been ordered to stand down on refugees’ land and sea crossings, Reuters reports.

Turkey hosts some 3.7 million Syrian refugees – the largest migrant population in the world.

This is not the first time President Reçep Tayyip Erdoğan is threatening the EU to open the border gates to Europe and to disrupt the EU-Turkey agreement whenever he has a dispute with the EU.

Under the 2016 deal, the European Union has provided billions of Euros in aid in return for Ankara agreeing to stem the influx of migrants into Europe.

For now, it is hard to say whether the Turkish president is just trying to extort more money or Turkey is really considering “letting go” of the refugees.

Orbán trying to convince Erdogan to change his mind?

Meanwhile, Viktor Orbán has been one of the most vocal supporters of Erdogan, often emphasizing that it is in Europe’s and Hungary’s best interest to give any help Turkey needs in handling the refugee situation.

Last year, Prime Minister Viktor Orbán told pro-Fidesz news channel HírTV that Turkey’s military incursion into northern Syria needs to be viewed with Hungary’s national interests in mind: “This is not a conflict that’s distant from and irrelevant to Hungary where we can choose sides based on sympathy,” he argued.

Either the Turkish authorities could decide to return the more than three million migrants and refugees to Syria or set them off toward Europe, Orbán said. “If Turkey chooses the latter option, then these people will arrive at Hungary’s southern border in huge numbers.”

Commenting on the reports about Turkey’s decision not to prevent Syrian refugees from traveling to Europe any longer, Prime Minister Viktor Orbán said on Friday that Hungary should be prepared for further waves of migrants and “regular, massive attacks” on its border fence in the south.

No matter how many migrants may come, Hungary’s authorities are able to secure the borders, he said. “We don’t need to worry about Hungary’s security as long as we are united.”

South-north migration is a “historic trend” in which the route across Hungary is an important section, Orbán emphasized.

He also announced that preparations have begun for a summit of the Visegrád Four countries and Turkish President Recep Tayyip Erdogan to be held before the European Union summit in late March.