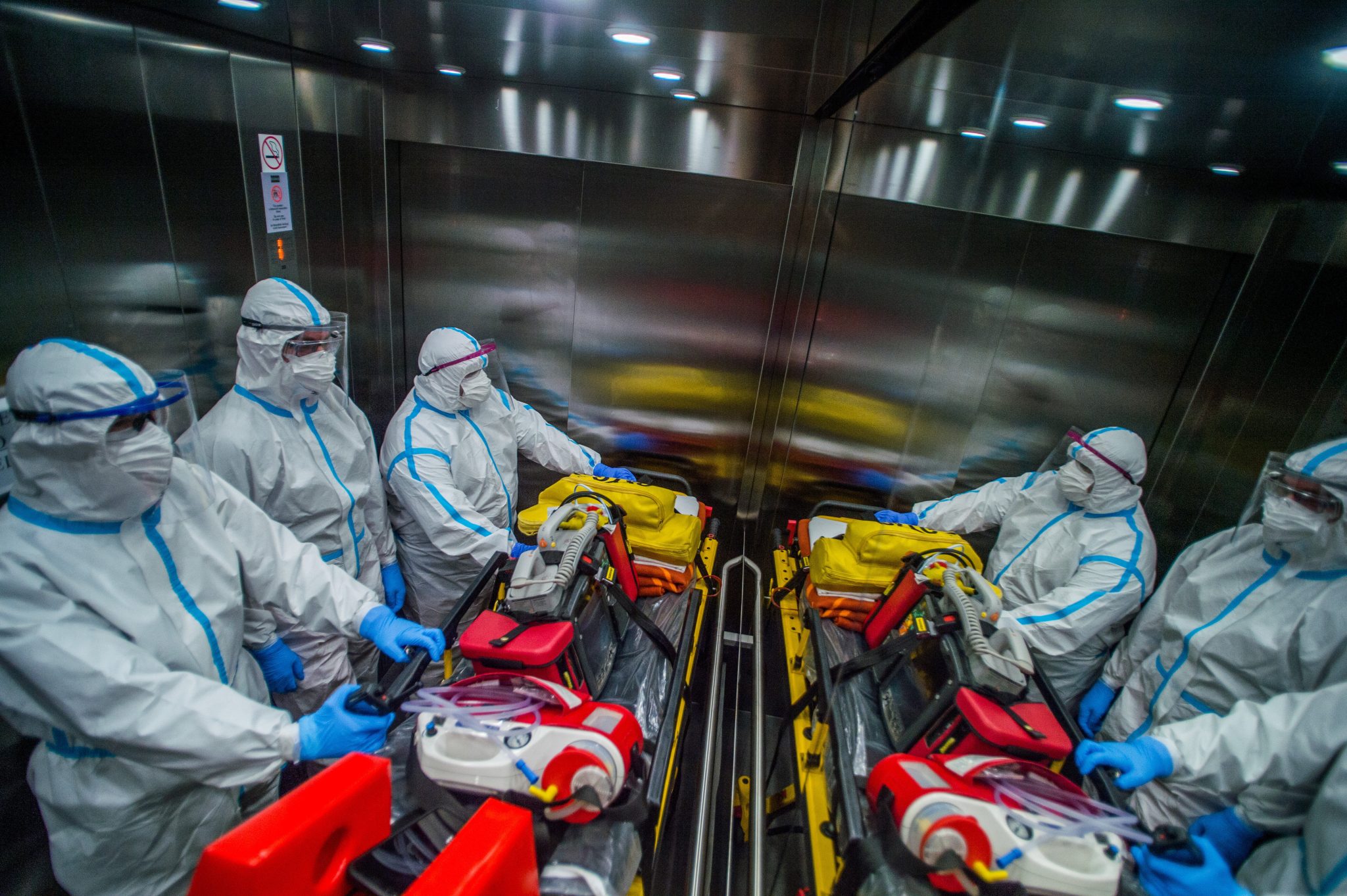 Paramedics are already using the so-called antigen rapid tests to detect the new coronavirus, which works with 97% efficiency, Gábor Csató, Director General of the National Ambulance Service (OMSZ), said this morning on state television channel M1. Thus, the testing capacity of the country can be expanded.

It has been noticeable for weeks that the number of PCR tests performed in Hungary has stagnated at around 9-11,000 tests per day. Recently, however, hvg.hu wrote about the fact that several new methods and test types will be put in use to help authorities increase testing capacity. To this end, not only newly developed PCR tests will be used, including a Hungarian one, but also antigen-based rapid tests.

As we also reported earlier, according to the head of the action group of the infection monitoring team of the Ministry of Innovation and Technology, the epidemic curve would go even higher, but it can’t, because the country has reached the limit of its laboratory testing capacity.

The consequences of this are not only that the number of daily new infections are not increasing significantly, but also that forecasting the epidemic is becoming more and more difficult from the statistics, even though it spreads quite predictably.

Another problem with reaching the testing capacity is that the proportion of positive tests out of all tests has been steadily rising and is already constantly above 12%, and on some days it even reached 15%. Meanwhile, this figure should be below 5% as recommended by the WHO. However, in Hungary, the rate has not fallen below the 5% limit since early September. The upper limit set by the health organization is 12%, which has been the average daily rate in Hungary for the past few weeks.

The advantage of the PCR test is that it can be used for testing both asymptomatic and symptomatic patients. It is extremely reliable; the disadvantage is that it is expensive and time-consuming. Its material appeal is well illustrated by the fact that when the government introduced an official set price of HUF 19,500 (EUR 53,5) for PCR tests, many private laboratories stopped testing. There are several reasons for the finality of the capacity of PCR tests, one of which is the number of laboratories available, but an important question is also whether there are enough staff for sampling. In Hungary, the latter is the most problematic.

The continued spread of coronavirus will make “this autumn hard, and the winter possibly harder,” Prime Minister Viktor Orbán said on Friday, adding that the Hungarian health-care system was up for the challenge. In a video message posted on Facebook during a European Council meeting in Brussels, Orbán said that in view of the European […]Continue reading

A major drawback, however, is that it is only ideal if it is used with symptomatic patients, most likely infected with COVID-19. Because of its lower susceptibility, the antigen-based rapid test may not detect the coronavirus for the first few days of infection. Although experts agree that there is potential in antigen-based rapid tests, they also warn that these are not completely reliable. András Széll, head of the MikroMikoMed laboratory, told hvg.hu that they are 70-75% accurate. However, in many places it is a good alternative where there is no opportunity to work in a laboratory setting.

New rapid tests already in use by paramedics

Today, the head of the OMSZ, Gábor Csató, confirmed that the ambulance service is already using antigen rapid tests which work with 97% efficiency. Csató said that if the quick test they use gives a positive result, then the PCR test is no longer necessary, but if it shows a negative result, they will also confirm the result with a laboratory test.

He added that the PCR test does not yield results with 100% reliability either, but currently this and the antigen test are the best in the world. Paramedics have performed more than 100,000 tests so far, he said. Csató also emphasized that if someone notices any symptoms, do not visit their GP, but rather talk to them on the phone. If the GP suspects that the patient is infected with coronavirus, they will notify the ambulance services and paramedics will perform a quick test on the patient.

Pál Győrfi, a spokesman for the National Ambulance Service, told Inforadio on Tuesday that 750 rescue units had received 30,000 tests and that there would be an additional supply shortly. The set of 30,000 tests has been in use since last week.