New Parliament to Meet on May 8: Orbán Claims to Be Planning Gov’t with “New Faces” 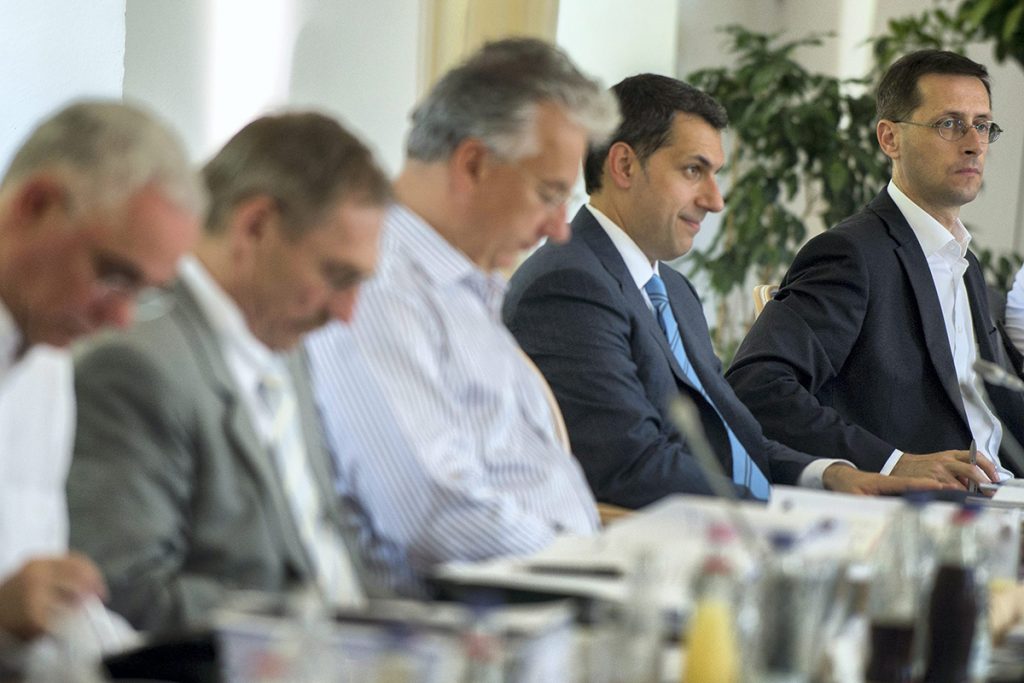 President János Áder has called the first session of Hungary’s new parliament to be held on May 8, the president’s office said on Tuesday. He has asked Viktor Orbán, who topped the list of the Fidesz-Christian Democrats’ joint party list for the April 8 general election, to start talks on forming a government.

Under Hungary’s constitution, the president is to call the inaugural session of the country’s new parliament within 30 days after the general election. The session will be opened by the president, who will put forward a nomination for the country’s next prime minister, to be elected with a simple majority of the votes. The founding session will also elect a parliamentary speaker, the deputy speakers, and the notaries in a secret ballot. After the vote the heads of the National Election Office and the National Election Committee will present their reports about the April 8 general election. In addition, the formation of the parties’ parliamentary groups will be announced.

In the April 8th election, ruling Fidesz and the Christian Democrats secured 133 seats in Hungary’s 199-seat parliament, gaining a two-thirds supermajority. Opposition seats will be occupied by 26 lawmakers for Jobbik, 20 lawmakers for the Socialist-Párbeszéd alliance, 9 for the leftist Democratic Coalition and 8 for green LMP. Együtt and the ethnic German minority (whose future MP is a Fidesz member) will be represented by a single lawmaker each. An independent candidate has also made it to parliament.

Orbán’s new government will include ‘new faces and new structures’

Meanwhile, following last Sunday’s clear victory, Orbán announced that he would make “significant changes” to his new government. In an interview with pro-Fidesz daily Magyar Idők, Cabinet Chief Antal Rogán has also claimed that the new government would include new faces as well as new structures and that Orbán would make the relevant decisions exclusively. To date nothing has been confirmed, however rumors and leaked information is of course circulating and generating speculation.

Katalin Novák (r) may get an important role in Orbán’s next government. Photo: Koszticsák Szilárd/ MTI

According to zoom.hu, Orbán plans to set up a new ministry dedicated to family affairs. This new department would be charged with family policy and the improvement of Hungary’s demographic indicators, which Orbán regards as a top priority in his upcoming 4 years term. Moreover, Orbán might appoint a female minister, namely Katalin Novák, to lead the new ministry, which would make her the first female minister in 4 years following the previous government’s all-male cabinet.

Municipal affairs would likely be reorganised as well, given that these issues are currently divided between three different departments. According to analysts, PMO chief János Lázár, whose position has definitely strengthened since Fidesz’ by-election defeat in Hódmezővásáhely and current mayor of the 8th district, Máté Kocsis, may be competing for the title.

Sándor Pintér, the Minister of Interior of all the Orbán governments to date, would most probably retain his role; however, according to rumors, he would retire after two years of service. Orbán’s recent confirmation that in economy he would follow the “Matolcsy school” presumably means that the current governor of the Hungarian National Bank (MNB) will have a prominent role, as will current Minister for National Economy, Mihály Varga. Nevertheless, ministries charged with economic affairs will probably be restructured, which may involve new roles and new departments.

In addition, despite his hunting trip scandal, Deputy PM Zsolt Semjén will probably retain his role, as well as Péter Szijjártó as Foreign Minister and Antal Rogán as political cabinet ‘propaganda’ minister. There are rumors, however, that the Ministry of Human Capacities will be split and reorganised, although Zoltán Balog will probably get another prominent role, as Orbán reportedly trusts him. In addition, according to the leaked information, the Minister of Justice, László Trócsányi, would replace Tibor Navracsics as European Commissioner. Sándor Fazekas, who currently leads Ministry of Agriculture, will likely be dismissed, as according to leaked information Orbán is dissatisfied with his work, while Lajos Kósa probably won’t become a minister as a result of his scandal during the campaign.