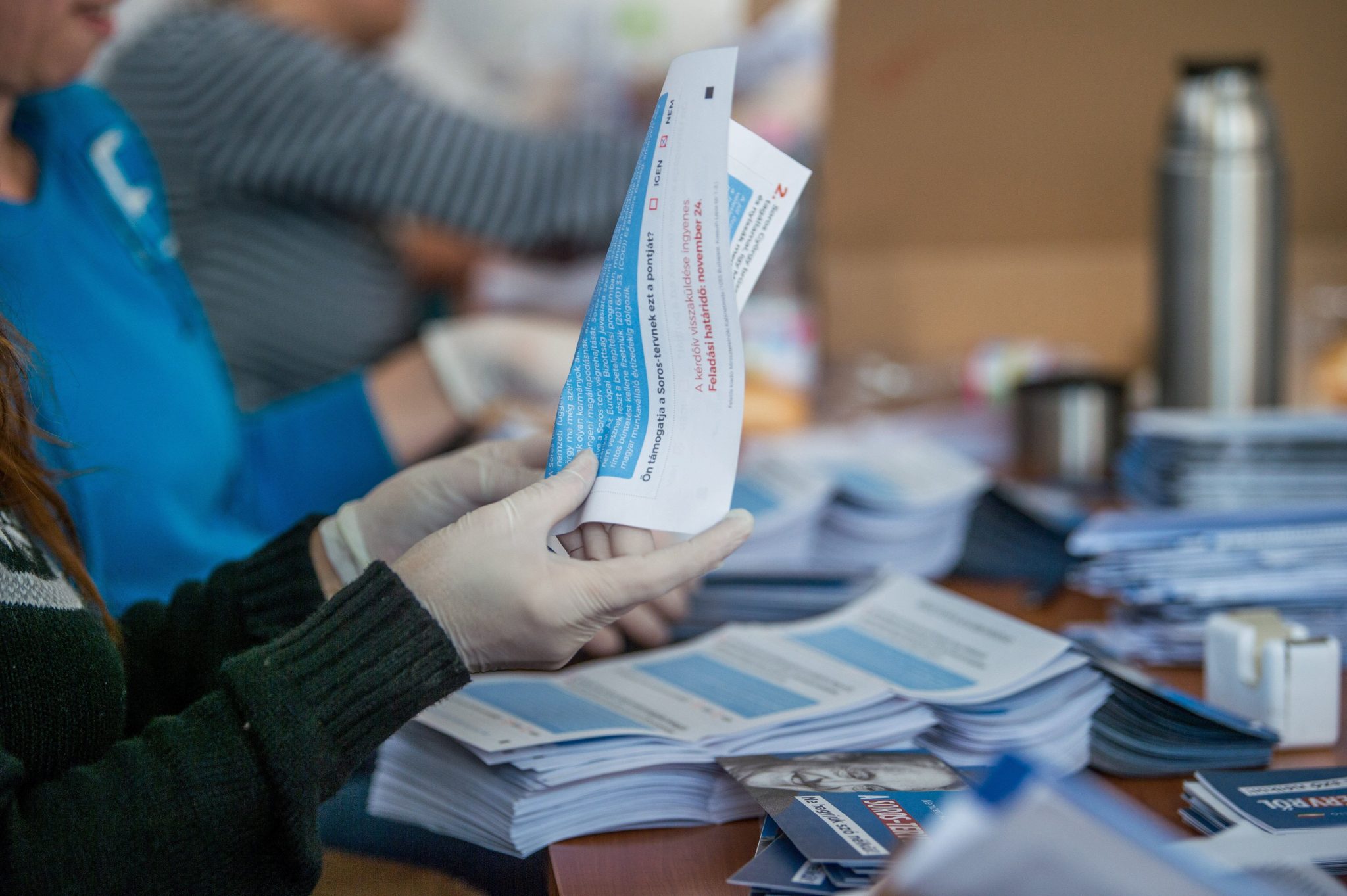 The government has published thirteen questions to be put to the Hungarian public in the National Consultation in connection with the novel coronavirus and restarting the economy.

Released on Monday on kormany.hu, the new national consultation survey’s introduction notes that all countries around the world have had to contend with an unprecedented situation. “We Hungarians banded together and took timely measures, and managed to curb the epidemic,” it says, adding that doctors and epidemiologists want the country to stay alert for a possible second wave of the epidemic.

The first question concerns what measures citizens would support if the epidemic re-emerged. The nine options given are: curfew, physical distancing, mask-wearing, border closures, shuttering schools and universities and going over to a digital platform, restricting events, maintaining separate shopping times for over-65s, restricting exports of equipment used for public protection, and free parking.

Further questions will concern the level of preparedness to be maintained in the health-care system, ways to strengthen the protection of care homes, the production of protective equipment in Hungary, whether the internet should be made free of charge for households with children and teachers during the epidemic as well as whether an epidemiological monitoring service should be established on a permanent basis in Hungary.

On the subject of the idea mooted by financier George Soros on issuing perpetual bonds to handle the economic fallout of the epidemic, respondents will be asked whether they reject the “plan” which would “place a burden of debt on Hungary for a long time”.

Also, respondents can give their opinion on whether Hungarian companies should be protected from hostile takeover bids.

The final two questions concern migration, and whether the government should continue to take action against migration and maintain strict controls at the Hungarian border.

Further, it asks whether the government should maintain a ban on migration even at the price of being in “conflict with Brussels”.

The questionnaire will be posted to households and can be returned by August 15.