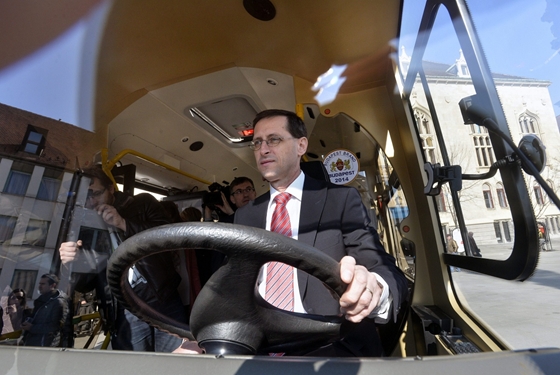 Mr. Varga said the International Energy Agency had projected that by 2050 fully 70% of cars sold would be electric or hybrid. It is a national interest for Hungary to become a part of this growth with its technological innovation.

At the festive opening of the buses’ test run, Tibor Bolla, head of the Centre for Budapest Transport (BKK), emphasised that the first bus to run on schedule in Budapest, beginning from March 1915, was battery-powered. “We have now reached the stage when electric buses can run again”, he added.

Csaba Mészáros, leader of the Evopro group, said that the Modulo e-bus could not have become a reality without the stimulating economic policies pursued by the cabinet. He also thanked District I for pioneering electric transport.

The Modulo bus developed and manufactured by the Hungarian company Evopro is an 8-metre long zero-emission bus which can carry 65 passengers. The prototype, named Medio Electric, has an ultra-light, composite structure and is made from Hungarian components to around 57 per cent of its entire value. 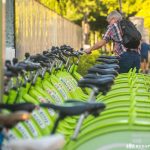 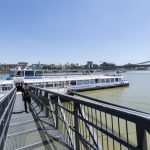