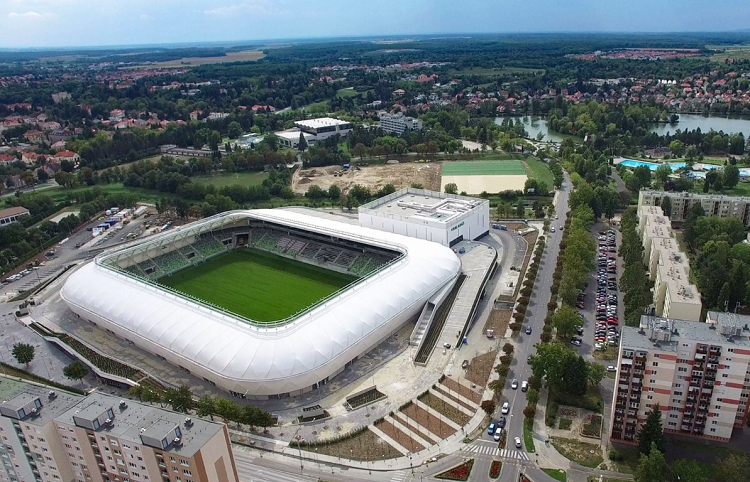 Szombathelyi Haladás VSE has become the latest Hungarian football club to have a brand-new stadium built with the massive financial support of the state. While local fans must be in buoyant mood, opposition media harshly criticize the Orbán government over wasting taxpayers’ money on football instead of investing into healthcare and education.

The new UEFA IV category stadium has a capacity of 9,000. The state-of-the-art HUF 15,6-billion (EUR 50 million) facility hosts the museum of the club, buffets, shop, skyboxes, V.I.P. and media sectors as well. Next to the new stadium a new sports hall was built, which is ready to host 500 spectators. The Haladás sports complex will not only be the home of the local football team but also the club’s other 11 sport departments, including futsal, wrestling, box, weight lifting and chess.

The new stadium was opened on Wednesday evening with an entertaining gala match played between Haladás VSE and Croatian first division team NK Osijek (Eszék). Haladás currently occupy a relegation place in the 12-team Hungarian first division, therefore many fans fear that the team will play in the second division next year in a new top-class stadium. However, the opening match ended with a well-deserved 3-1 victory for the home side. The first goal was scored by NK Osijek in the 6th minute, but Haladás equalized before the break and could even find the net twice in the second half. 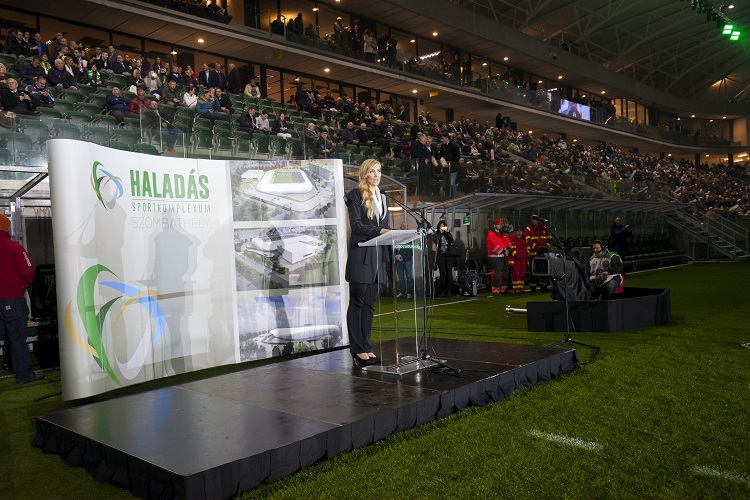 Before the game, the Hungarian national anthem was played at 19:19 since the club was founded in 1919. The opening ceremony lasted an hour with speeches by Tünde Szabó, state secretary for sport  at the Human Resources Ministry, Tivadar Puskás, Mayor of Szombathely and former Defence Minister Csaba Hende, who is local member of the Parliament. They all expressed their gratitude to everyone involved in “one of the biggest infrastructural improvements” over the past 20 years in the region of Szombathely.

It was probably not a coincidence that NK Osijek was invited as opponent to the opening ceremony: the Croatian club is owned by László Mészáros, one of Hungary’s richest oligarchs and close friend and ally of Prime Minister Viktor Orbán. According to local rumors, Haladás is now for sale and the potential buyer might be nobody else but Mészáros’ Szombathely-born son-in-law, Zsolt Homlok. 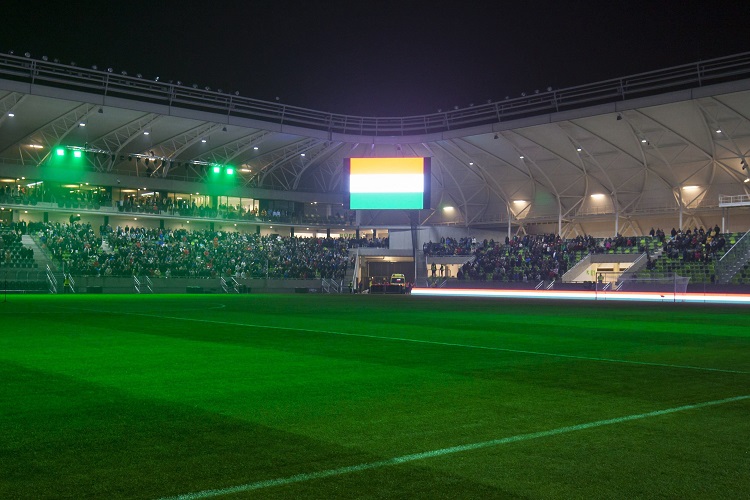 The new UEFA IV category stadium of Szombathely has a capacity of 9,000 (photo: György Varga – MTI)

In recent years, several football stadiums have been completely re-built or refurbished in Hungary with significant amount of public funds, including the Nagyerdei stadium in Debrecen, Ferencváros’ Groupama Arena and the MTK stadium in Budapest and the Pancho Arena built in Felcsút, Viktor Orbán’s home village, where Mészáros himself holds the office of Mayor. Critiques of the government point out that despite the expensive new facilities, the average attendance as well as the quality of play in Hungarian football matches has remained very low.