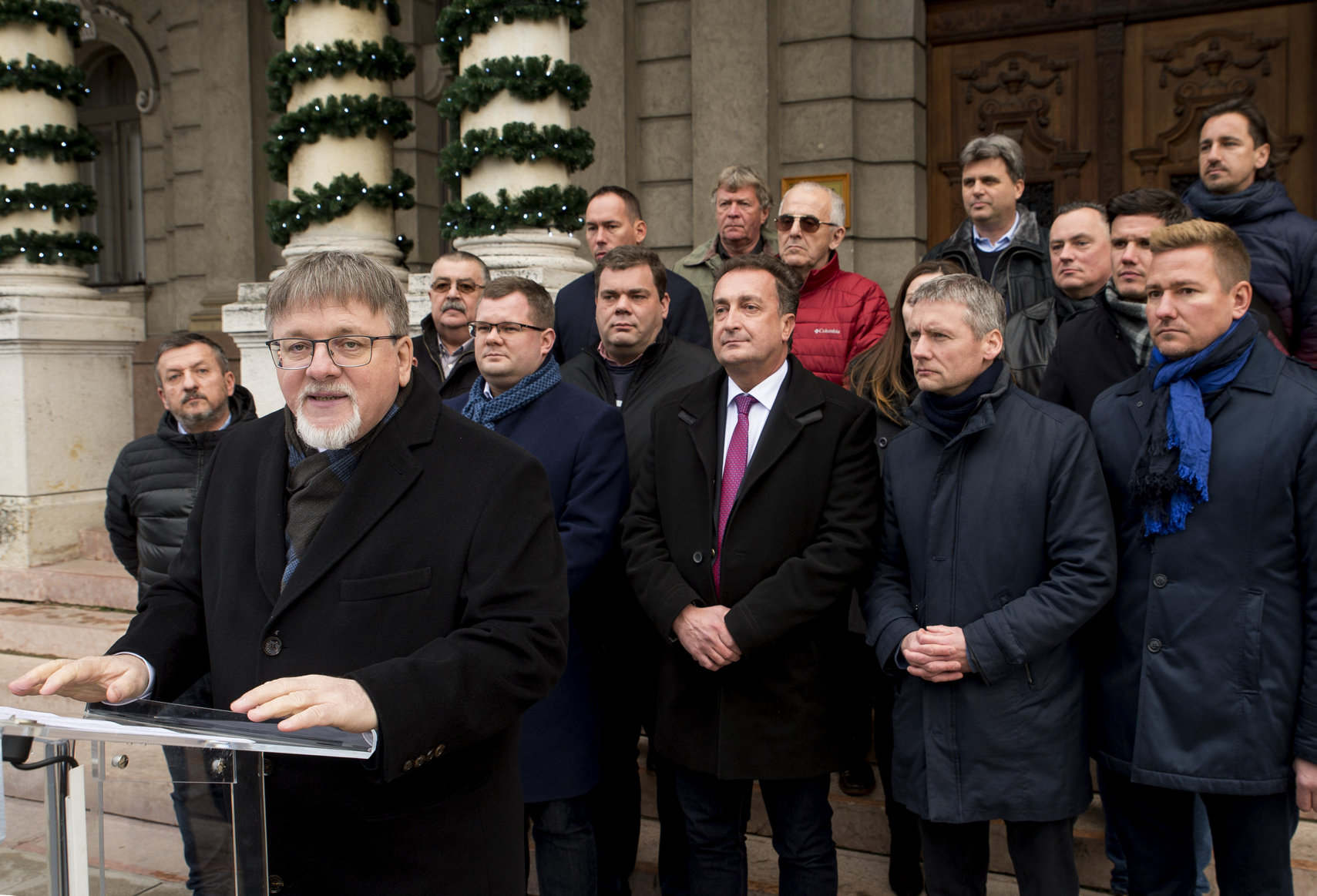 Csaba András Dézsi has won the mayoral interim election in Győr. The result of the Sunday voting came as a bit of a surprise after some expected the triumph of the joint opposition candidate Balázs Pollreisz since the previous (Fidesz) mayor, Zsolt Borkai stepped down due to a sex scandal. The city’s new leader wants constructive work with the local opposition based on cooperation. Dézsi also made it clear that he will not stall the investigation about his predecessor’s alleged corruption dealings but he doesn’t want a witch hunt either in the city.

Chief cardiologist and local council representative Dézsi was nominated by ruling Fidesz-KDNP after former governing party mayor Zsolt Borkai resigned in November as a result of his leaked sex video and corruption claims.

At his press conference in November, Dézsi emphasized that as mayor, he wants an “open town hall” where they can adopt a new style in city development by working together with the citizens of Győr, NGOs, and professional organizations, as well as associations representing different age groups.

At his press conference after his election, the new mayor said the citizens of Győr chose work, that’s why they voted for him.

“Next we take off our suits, put on the work boots and get to work,”Dézsi said.

Dézsi wants constructive, debate-based, but consensual decision-making.  The interests of the city must be represented to the government from a united front.

The new mayor thinks it is crucial for Győr to remain the economic engine of the country.

“The city is largely built on the automotive industry. We must keep this, but it is important to expand our horizons.”

Even during his campaign, Dézsi promised that he would work more independently from the “Fidesz HQ,” putting the city’s interests at the forefront and striving for a normal relationship with the local opposition.

In an interview with Christian blog Szemlélek, about why he had withdrawn from the front line of local politics over the past twelve years, he said it was because he had disagreed with certain aspects of Borkai’s political decisions, but the city had been developing so he had not publicly spoken up against the things he had considered wrong.

Talking about the Borkai case, the cardiologist said that he wanted to continue the good parts of Borkai’s work, “but I would weed out what is not. There is plenty to remove, people can see this as well.”

He will not hinder investigations into the Borkai case, nor will he pursue a witch-hunt against him, Dézsi emphasized.

The new mayor has also decided that, besides leading the 6th largest city in the country, he will still continue his professional career as a doctor.