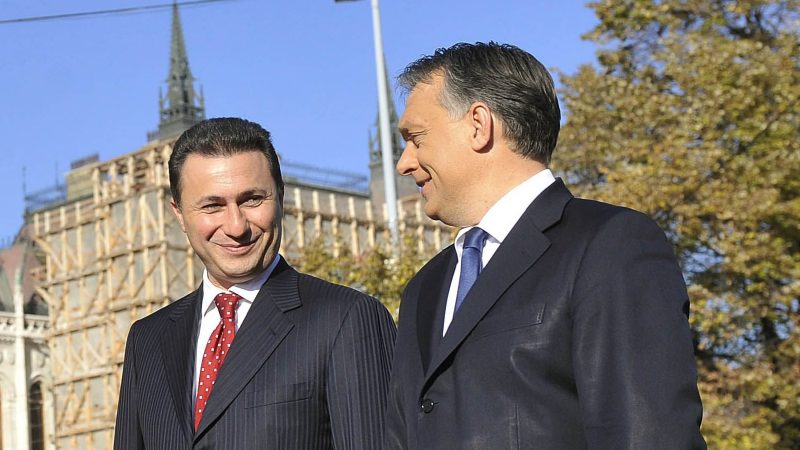 Gruevski was sentenced for two years in prison for abuse of official position. The court found him guilty in May, using his political influence to buy a luxury armored car illegally. The cars had been purchased by the government but Gruevski used it as a private car.

New charges have been building up during the investigation called “Silver Coin”. In this case, officials examined the party financing, and how Gruevski’s party build its headquarters.

According to the prosecutors, Gruevski and his associates received at least 4.6 million euros public funds in cash, and then they ordered private individuals to pay the amount to their party’s bank account.

He was against migration, now Soros network comes after him

The organizations most critical of the Hungarian government regarding the case are all in the pocket of US billionaire George Soros, he said. Since Gruevski, as prime minister, took tough action against Soros networks in Macedonia, “they are keeping track of his life”, Viktor Orbán said today in his weakly radio show.

Gruevski headed a country that played a key role in combatting migration, and without him, it would have been far harder to protect the Hungarian border, Orbán said. So he and his country have always been viewed as Hungary’s allies, he added. He was the first politician in the Balkans who built a fence and stopped migrants, for which Hungary also granted help, Orbán said.

“Allies should be treated with decency, and when they turn to us, they deserve decent treatment,” he said, adding that he was “pleased” this was not the first time that a former leader had thought that in Hungary they would get fair treatment.

Asylum process is not made for helping friends

Michael Roth German Minister of State for Europe commented the case on his Twitter. He shared Deutsche Welle’s article, called Orbán’s VIP refugee (Orbans VIP-Flüchtling). The Minister also raised criticism about the process of Hungary: “Asylum is a human right. The chances of humanity are for the persecuted, and not for the leaders of countries, who are escaping from the law. The EU must remain a community of democratic states.