After the joint left-liberal opposition parties secured their majority in Budapest, the investments the previous city administration made with the government became a key question. One of the greatest debates has been the flagship development project in City Park. After the latest resolution of the General Assembly, and newly elected Budapest mayor’s meeting with government representatives, the project will unlikely go according to original plans, mainly because the city’s new leadership has stalled every construction which has not yet started.

Most opposition parties and the Budapest mayor have been bashing the Liget project for years. Critics of the concept say that the project is very costly, the museum site reduces the amount of already low green space in Budapest, while the project’s execution lands in the hands of contractors with close ties to the government who also significantly overcharge their work.

On the other hand, those supporting the reconstruction of the city park emphasize that the actual green space will not decrease in the long run, while it will create an outstanding cultural center at a European level worthy of the “capital of the nation,” also further enhancing the prestige of Budapest.

As part of the project, several buildings have already opened, most notably the House of the Hungarian Millennium, the National Museum Restoration and Storage Centre, and the main playground. After the local elections, the main question remained as to what would happen to the ongoing construction (The House of Hungarian Music, The Museum of Ethnography, underground parking lot) and those works which haven’t begun yet.

By the latest resolution of the newly formed General Assembly, however, the development of all buildings that have not yet started will come to a halt.

Earlier, the government itself had taken a relatively non-resistant stance towards the leadership of Budapest. At the end of October, in his parliamentary speech, Viktor Orbán said he was ready to cooperate with the responsible leaders of the Hungarian capital.

Liget Cultural and Recreational Space to be ‘Unmatched in Europe,’ says Project Commissioner

The government will not complete investments that the citizens of Budapest do not want, Orbán said. If they don’t want it, there will be no Liget project, no stadium construction for the European handball championship, nor the stadium for the 2023 World Athletics Championship, he added.

Last week, Gergely Karácsony attended a governmental meeting where he discussed the most important issues of Budapest, among them, the state of the Liget project. 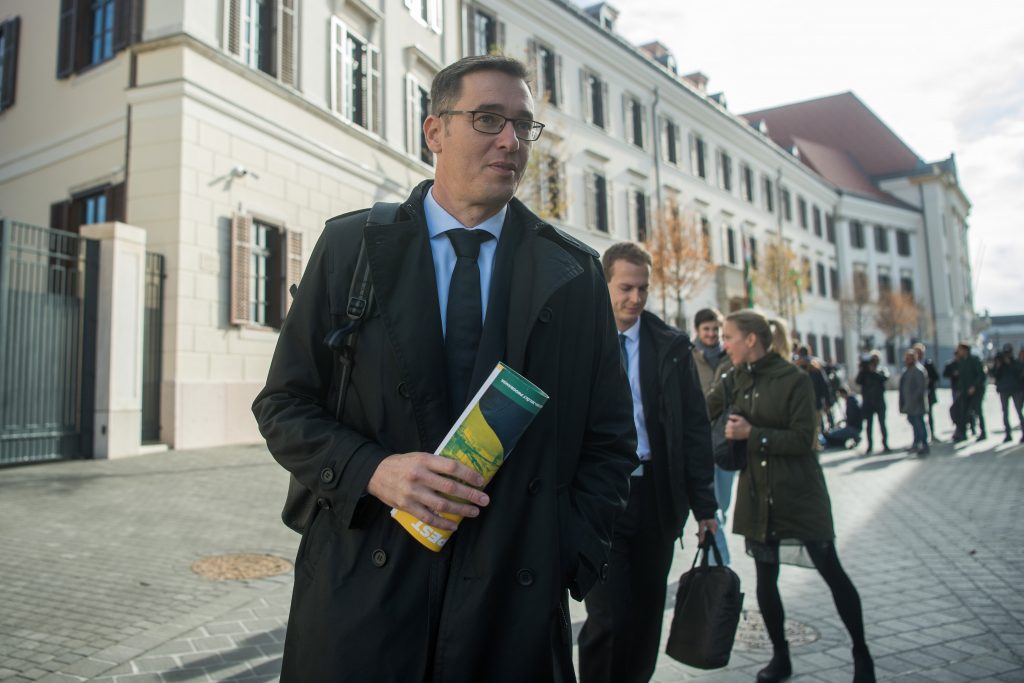 Budapest Mayor Gergely Karácsony arriving at the meeting with the Orbán government. Photo by Zoltán Balogh/MTI

Karácsony did not support the construction of those buildings not yet built, such as the National Gallery, the House of Science and Innovation, and the rebuilding of the City Park Theatre. He only agreed to the ongoing projects of the Museum of Ethnography and the House of Hungarian Music. He did not refuse the reconstruction of the Regnum Marianum Church, which had been blown up by the communists, probably as a symbolic gesture.

At the following joint press conference with Gergely Gulyás, the minister responsible for Budapest, the government seemingly accepted the compromise of the new mayor.

Orbán on Budapest: Gov’t Had to Give Up Dreams after Change of Mayor

Talking about the government’s meeting with the new Budapest mayor, Orbán said in his regular state radio interview that he had raised the issue of 15-20 projects at the meeting with Karácsony with a view to coming to an agreement on them. “I had to withdraw a lot of things; it wasn’t pleasant for us to give up dreams.”

Orbán also referenced an ongoing petition asking the government to “save” the project. The online request has already been signed by more than 30 thousand people.

According to Orbán,  the Liget project is  “the biggest cultural development in the Western world,” adding it had “stalled” because the mayor had vowed to abolish elements of the plan, including the National Gallery, the House of Science and Innovation, and the rebuilding of the City Park Theatre.

In the featured photo illustration: the planned House of Science and Innovation. Picture via ligetbudapest.hu