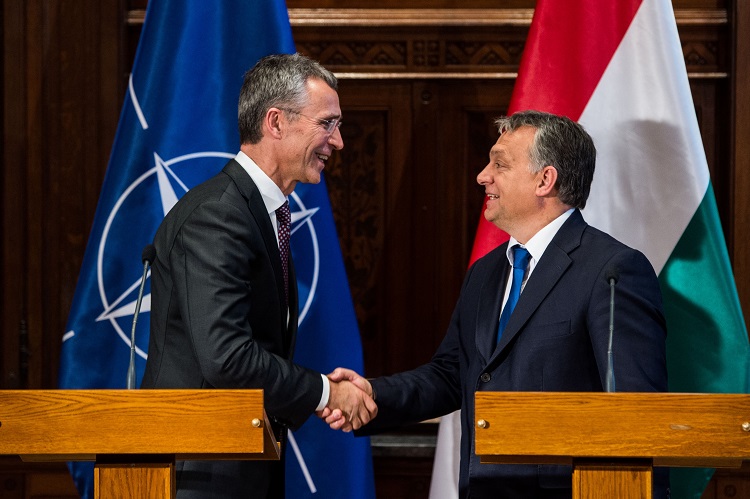 After meeting Hungarian Prime Minister Viktor Orbán on Thursday during a visit to Budapest, NATO Secretary General Jens Stoltenberg welcomed the government’s announcement to increase Hungary’s defence budget at a press conference. This is important, he said, for Hungary and for the entire organisation.

Mr. Stoltenberg stressed that the terrorist attacks in Paris last week were not just directed against innocent people, but against our fundamental values, against open, free and democratic societies, and we must defend these.

He said that Hungary is a valuable ally of NATO, and contributes to collective security in many different ways. Mr. Stoltenberg added that he is very grateful for Hungary’s participation in the Baltic air-policing mission and in the protection of Slovenia’s airspace, and for its contribution to the missions in Afghanistan and Kosovo.

He said that we are facing grave challenges in Europe. Several NATO Member States have offered their support to France, and they are sharing intelligence with each other. They are also exploring the possibility of installing further local capacity in the region concerned, in order for the governments to be able to defend themselves and to take action against extremists and terrorists through their own efforts with NATO support. This is the reason NATO is actively involved in the training of defence forces in Afghanistan, and is also engaged in similar activities in other countries, he explained. As the Secretary General said, it is important to strengthen the protection of these countries and to stabilise them, because if they are able to take action against extremists in their own territory, “we, too, will be safer”.

In Mr. Stoltenberg’s view the migration crisis is, in fact, a humanitarian issue, and we will be guaranteeing our own defence if we treat the problem at its root: in the region which is home to the migrants, with a political solution to the conflicts of the region.

Also speaking at the press conference, Hungarian Prime Minister Viktor Orbán said that the terrorist attacks have directed our attention to a fact which we must take seriously: people are coming to the European Union from zones in which some Member States of the EU are – to varying degrees – at war. He warned of the possibility that subversive groups may be sent to Europe from the war zones in question, and this may lead to acts of terrorism. 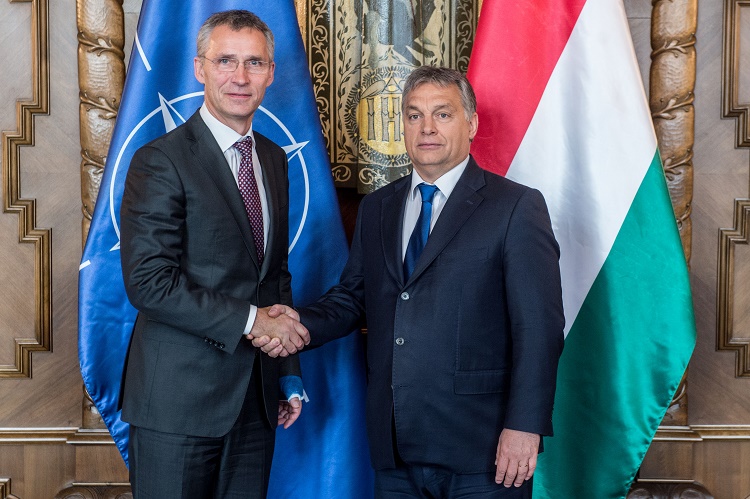 The Prime Minister said that he had reassured the NATO Secretary General that Hungary will continue to participate in its current missions. He stressed that Hungary’s involvement in the Baltic air-policing mission is successful, and a unit was also sent to Lithuania last year. In 2016 Hungary will continue to honour its obligations in Afghanistan, and is not reducing its troop involvement in the international missions.

Mr. Orbán said that two crisis zones pose threats to our region at present, and one of these is Ukraine. Hungary maintains the closest possible cooperation with Ukraine, which is heading in the right direction, but is far from being a stable country. Therefore Hungary is providing all the assistance it can with the stabilisation of Ukraine, he said.

The other crisis zone is the southern region from where migrants – and together with them, terrorists – are arriving in Europe today. Hungary is playing a major role with regard to this crisis; it is providing financial assistance, and suppling military personnel to take part in training responsibilities. Its key role is also earning the appreciation of the international community.

The Prime Minister stated that, as part of the management of the migrant flow, controls must be made even more stringent. The identity, origin and intentions of everyone must be ascertained, as without this information there will be no peace and security in Europe. This is the only way to protect people’s lives, he said.