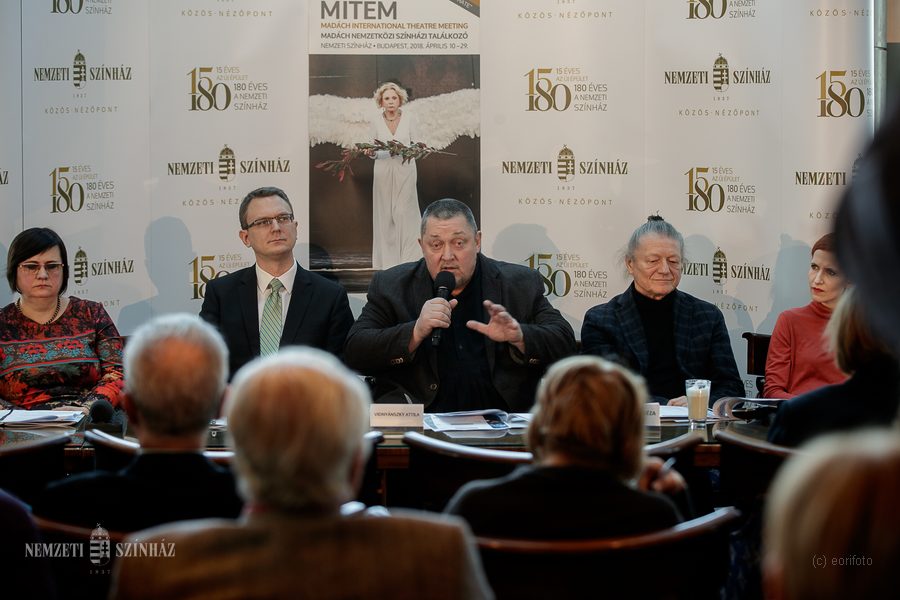 The Hungarian National Theatre‘s 5th Madach International Theatre Meeting (MITEM) between April 10 and 29 in Budapest is hosting 26 performances from 14 countries, along with exhibitions, roundtable discussions and other programmes.

Among those invited are the Berliner Ensemble performing The Caucasian Chalk Circle by its founder Bertolt Brecht and Guenter Grass’s The Tin Drum. The Chalk Circle’s director, Michael Thalheimer, is to participate in a roundtable discussion on Brecht. Exhibitions and further talks are centred on Brecht’s impact and relevance in modern theatre, including an exhibition on the Ensemble’s past from Brecht’s own direction of the Chalk Circle in 1954 to Thalheimer’s production and a show of scenery and costume designs of Hungarian designer students.

A roundtable discussion dedicated to Arab theatre in exile will feature outstanding artists such as Iraqi directors Mokhallad Rasem and Muhaned Alhadi, and Syria’s Rafat Alzakut in talks on the choices, topics and prospects of young dislocated artists. Other performers include Milan’s Piccolo Teatro, the Toneelhuis from Antwerp, Belgium, and Moscow’s Vahtangov State Theatre.