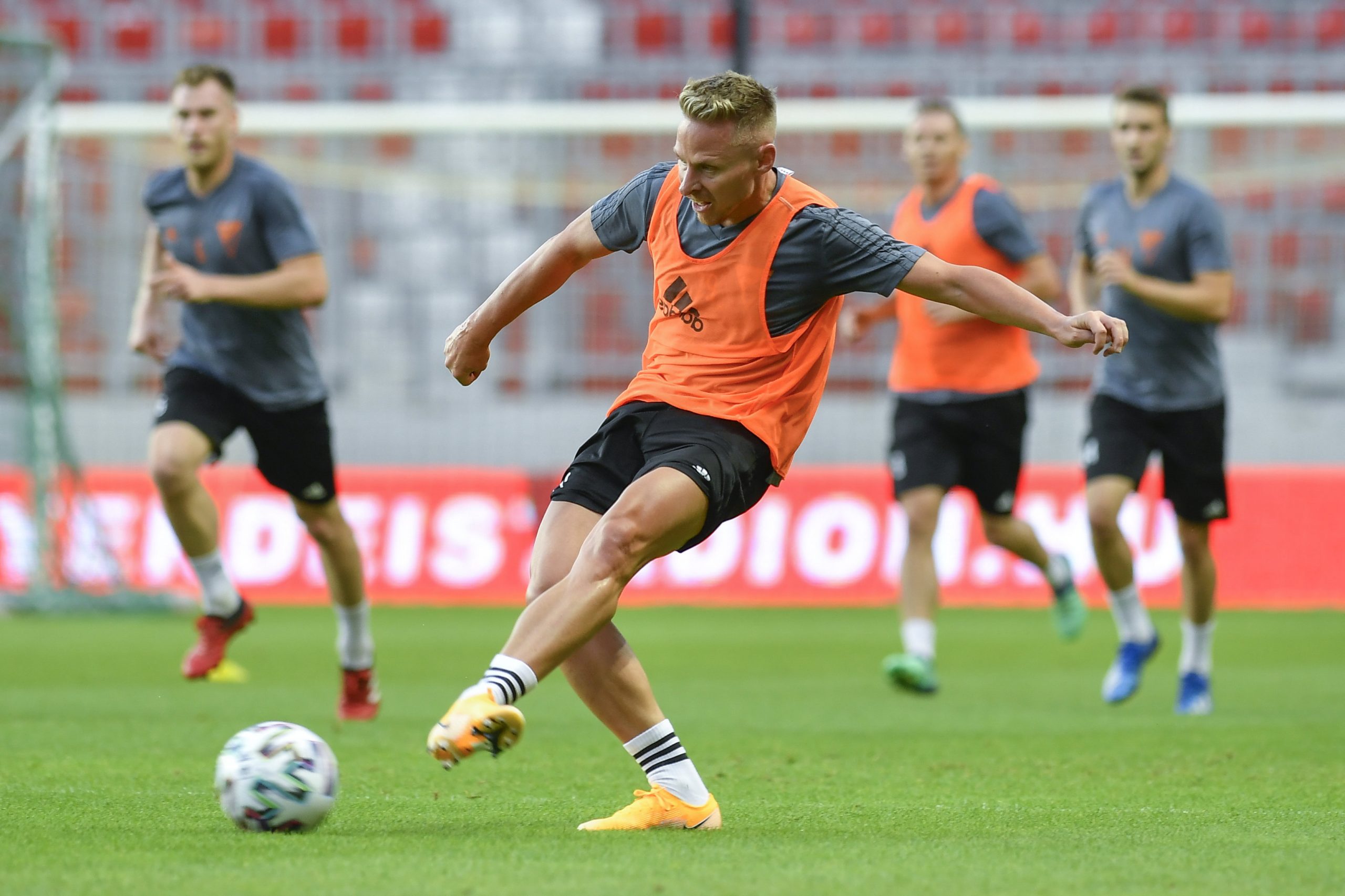 Most capped national team player Balázs Dzsudzsák’s return to his motherclub, second division side Debreceni VSC, was announced on Monday. He says he is still hungry for success, and insists that there is still a lot in him. His primary goal is to help the Hajdúság team get back to Hungary’s first division, NB1.

After playing just four games with his latest team Al-Ayn (United Arab Emirates), the coronavirus outbreak interrupted the season; in addition, the club decided not to prolong his contract. Dzsudzsák did not find a new team for months. He had been training at first divison newcomers MTK, but was allegedly told he would not be a starter and only get 20-30 minutes. In the end, Debrecen obtained his sports’s rights for free.

According to Balázs Dzsudzsák, he had been offered contracts from Poland and Turkey, and his decision hasn’t come as a panic solution but rather he decided based on absolutely reasonable arguments. He claims that he is still hungry for success and wants his performance to speak for him.

Recently, ruling Fidesz strongman and former Debrecen mayor Lajos Kósa said that DVSC imposed a salary cap of 10,000 euros per month for the top players, while in the second division, an amount that noone can exceed. This is certainly lower than what Balázs Dzsudzsák has been accustomed to in his career. However, Dzsudzsák commented that it was never the amount of money he made that motivated him during his career.

Dzsudzsák was long considered as one of the most promising talents in Hungarian football. He is, however, regularly under criticism by certain fans for the way he chose new clubs during his career, as critics believe his decisions were rather motivated by the promise of a large salary, something that he denies.

In 2008, after leaving his mother club Debreceni VSC, he signed with top Dutch club PSV Eindhoven. During three-and-a-half outstanding seasons in the Netherlands, he became a wanted attacking midfielder even in the highest levels of international football. However, instead of staying or signing with a top club in Western Europe, he chose to continue his career with rich Dagestani Russian club Anzhi Makhachkala. After only a mere eight games played in Anzhi, he signed with Dinamo Moscow for 19 million euros, where he spent three seasons. After the club’s financial difficulties arose, he transferred to Bursaspor, but the Turkish side soon faced similar issues and Dzsudzsák’s performace also became a matter of criticism. As a result, he decided to go to the Emirates, where he played for a total of three teams over the last four years.

Meanwhile, he earned 108 caps in the national team, which makes him the most capped Hungarian footballer at the moment, tied with retired goalkeeper Gábor Király. National team coach Marco Rossi commented that the conditions are the same for everyone to get on the national team and he wants to give him the chance, even though he will be playing in the Hungarian second divison.

Foreign Minister Péter Szijjártó was quick to celebrate Dzsudzsák’s signing, forecasting that he will still be a member of the national team.

With six victories, two draws, and one defeat, Debrecen leads NB2 at the moment, and since Vasas performs below expectations, not many would bet against DVSC’s promotion at this point.