The National Gallery will host an online event on March 25 focusing on painter Vilmos Aba-Novák, one of the most important Hungarian artists in the period between the two world wars.

The National Gallery said on Thursday that the event was part of a series dubbed Museum plus. Participants will get a chance to take a free virtual tour featuring Aba-Novák’s most important works. The program will also include a conversation about the artist and his work by art historians Péter Molnos and Gábor Bellák, it added.

“Aba-Novák’s paintings present the experiences, feelings and dynamism of everyday life, in a uniquely playful, colorful and special way,” the museum said. It cited an anecdote about Picasso asking “Who is this barbarian genius” upon seeing one of Aba-Novák’s paintings at the Paris Expo in 1937.

The program will be available at this link starting at 6.30pm on March 25. 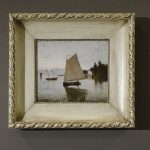 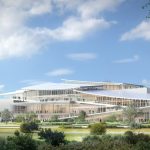