MTVA to File Complaint against Dutch Party over Copyright Violation

Hungarian public media company MTVA has said it will file a complaint over a Dutch political party’s unauthorised use of its copyrighted material in a campaign video promoting the Sargentini report.

MTVA is accusing the leftist GroenLinks party of having used copyrighted footage from its archives without permission in a video on Judith Sargentini, the Dutch MEP who last year compiled the report on the rule of law in Hungary.

In a statement, MTVA said the creators of the video entitled “The Sargentini Report: A European struggle for democracy in Hungary” had even covered up the logos of the Hungarian public media channels they had obtained the footages from, adding that this proved that their actions were deliberate.

Citing Hungarian and European media laws, MTVA said video content created by others is protected by copyright and can only be used under a licence agreement and if the original sources are properly cited.

The terms and conditions displayed on MTVA’s website specifically prohibit the unauthorised use of video content created by MTVA or its legal predecessors, the statement noted. Any use of MTVA’s copyrighted materials beyond free use is subject to agreement with the content distributor, it added.

MTVA said that since it suffered a financial loss due to the uncited use of its material, and since copyright infringement is subject to criminal liability, it will file a criminal complaint in the matter. 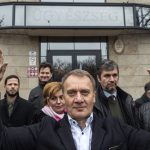