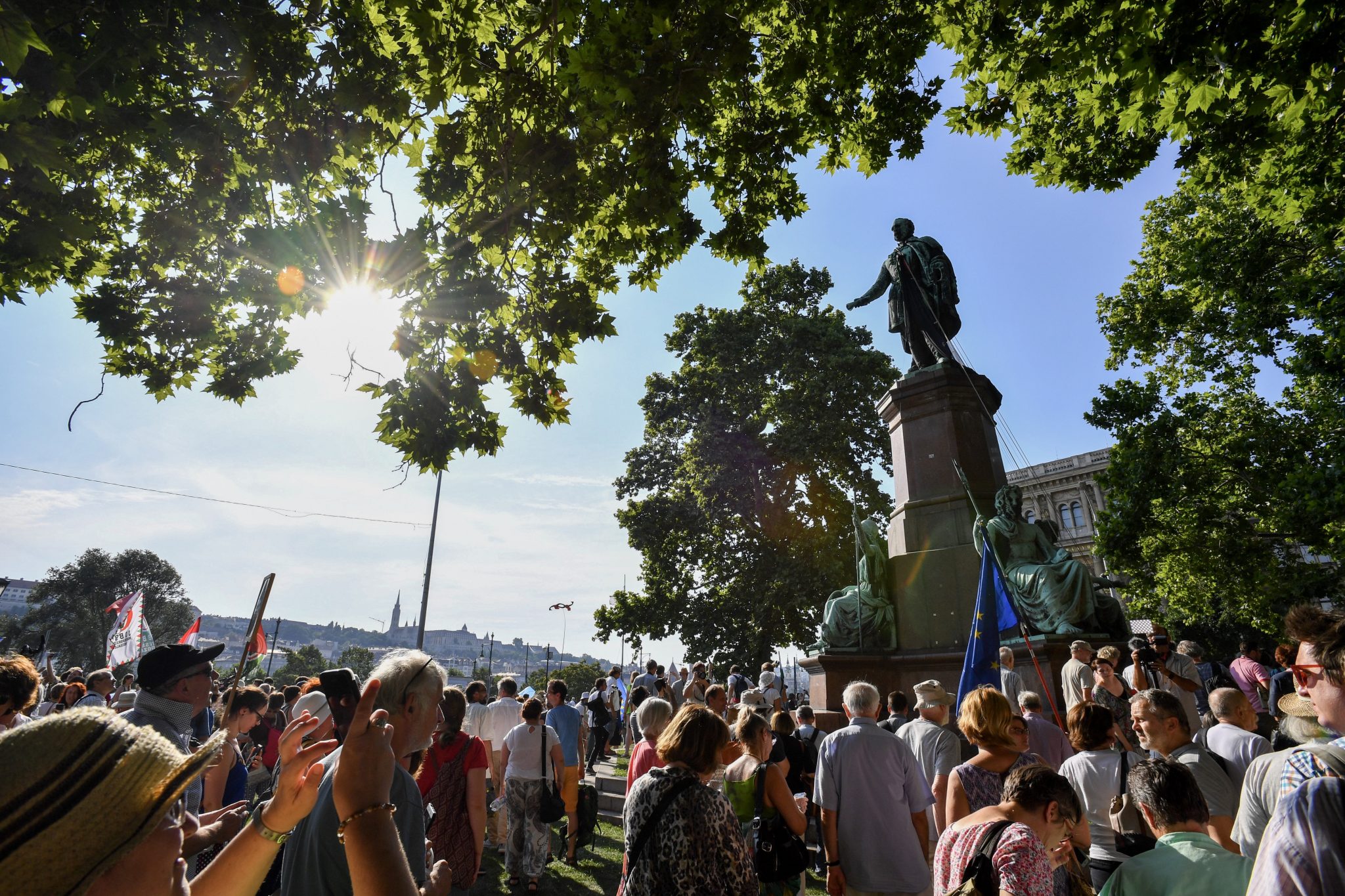 Following yesterday’s Fidesz-KDNP majority’s approval of the bill that redefines Hungarian academic and scientific life, the Forum of Academic Workers (ADF) held a protest in response, promising that they will keep up the fight. Meanwhile, Head of the Ministry for Innovation and Technology (ITM) László Palkovics, promised that the autonomy of research would not be harmed and emphasized that restructuring is in the scholars’ interest.

As the result of the vote went public, ADF announced a demonstration which drew several hundreds of people to Széchenyi Sq. despite the afternoon timing and the summer heat. ADF representatives thanked all those who supported them and the MTA thus far, and promised that they will continue fighting. The protesters read the names of the MPs who voted yes to the proposal, one by one, to declare the MPs’ personal responsibility.

Balázs Gusztáv Mendel said that “the fake surgeon, nicknamed as the parliamentary two-thirds, has done its job properly, and crushed an excellent institution.” He added that “in such systems, scientists will always be persecuted.” 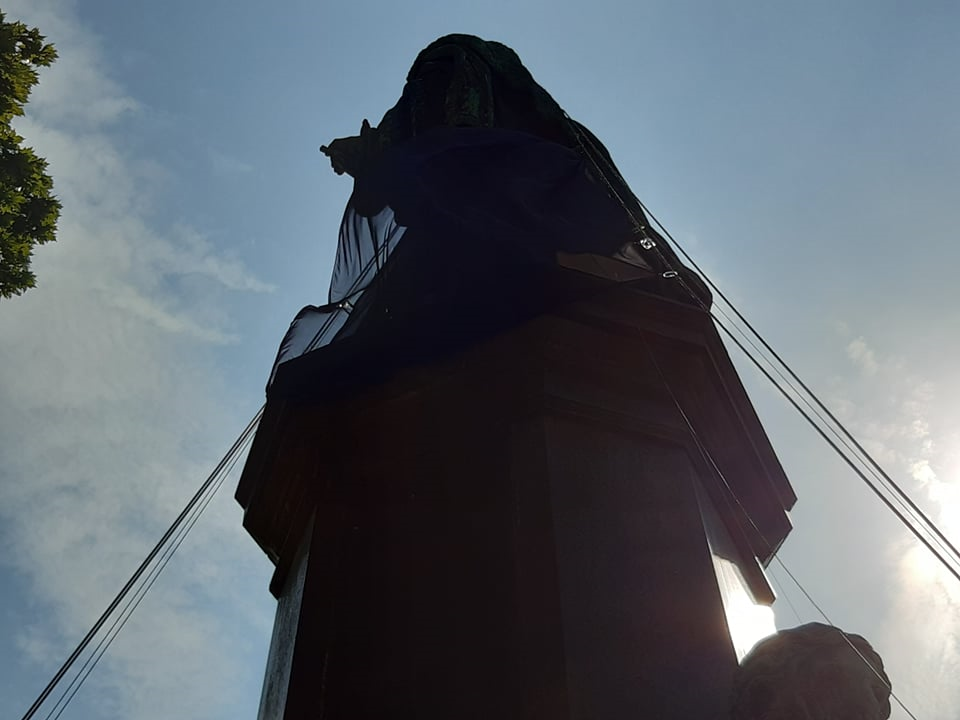 Viktor Olivér Lőrincz claimed that he “hoped that eventually sober reasons would prevail, and the law wouldn’t be voted in.” He also claimed that he would initiate an extraordinary ADF meeting, as well as the cancellation of the prestigious World Science Forum, hosted every two years by MTA, if president Áder gives green-light to the bill.

In addition, “we will keep the domestic and international public informed, we will prove our truth on every possible forum. Together with the unions, we will be there if dismissals are made or if unsuitable managers will be forced upon us.”

The Council of Academic Research Institutions (AKT) also released a statement,  claiming the separation of the research institutes is too sudden and cannot be enforced within such a short time. 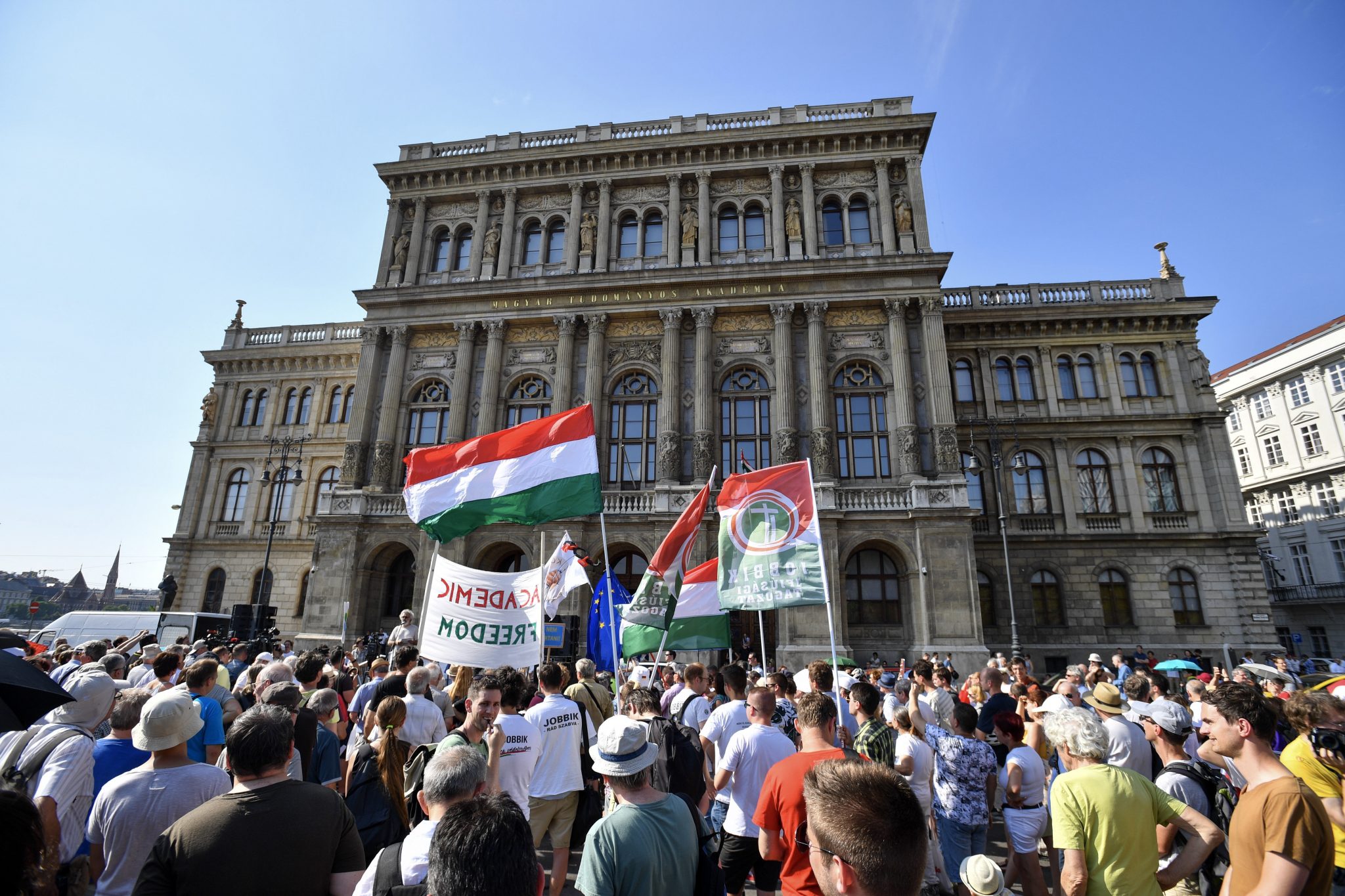 It will accelerate the departure of researchers, and “threatens the loss of  future innovators, professors, and young people committed to a research career.” The result of the measures will soon lead to operational disruptions and a drop in efficacy, they predict.

Palkovics: increase of competitiveness is the target

In reaction to the vote, Innovation and Technology Minister László Palkovics told wire service MTI that the parliament’s decision was an important step in renewing the R+D+I sector in Hungary. He insisted that better funding and an environment fostering successful EU tenders will serve researchers’ interests.

State-funded research will now manifest in inventions and patents, and a stronger cooperation between academy, higher education, and economic players, he added. He also revealed that the government now plans to allocate an additional 32 billion HUF (EUR 99.1m) for the new framework. 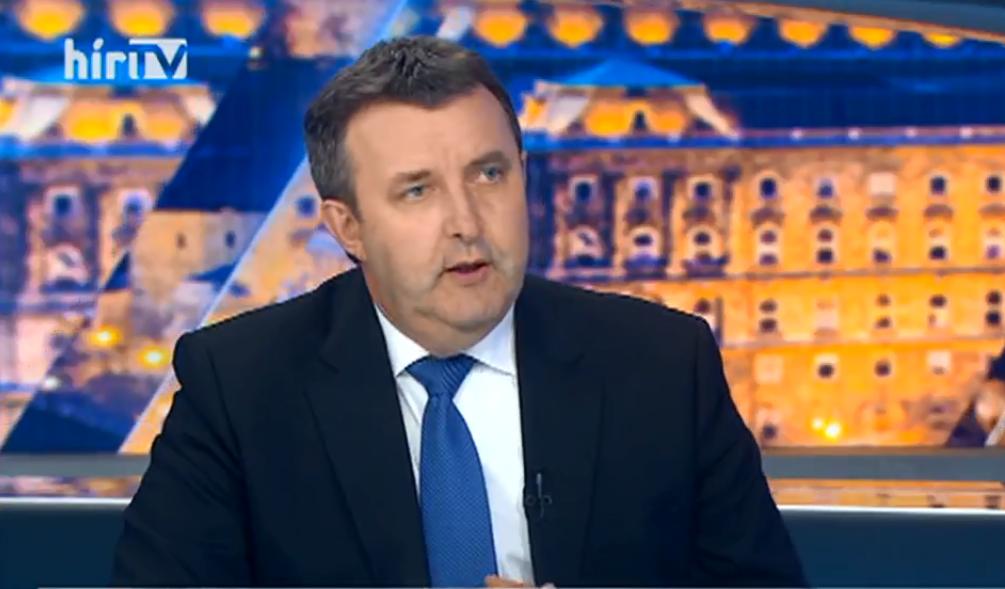 Later, on pro-Fidesz Hír TV, the minister insisted that their goal is to increase Hungary’s competitiveness. He promised that freedom and autonomy of research wouldn’t be harmed in any way. The academic research institute network has so far appeared under the Academy, a public body, and now it will stand alone, on a separate budget, he argued.