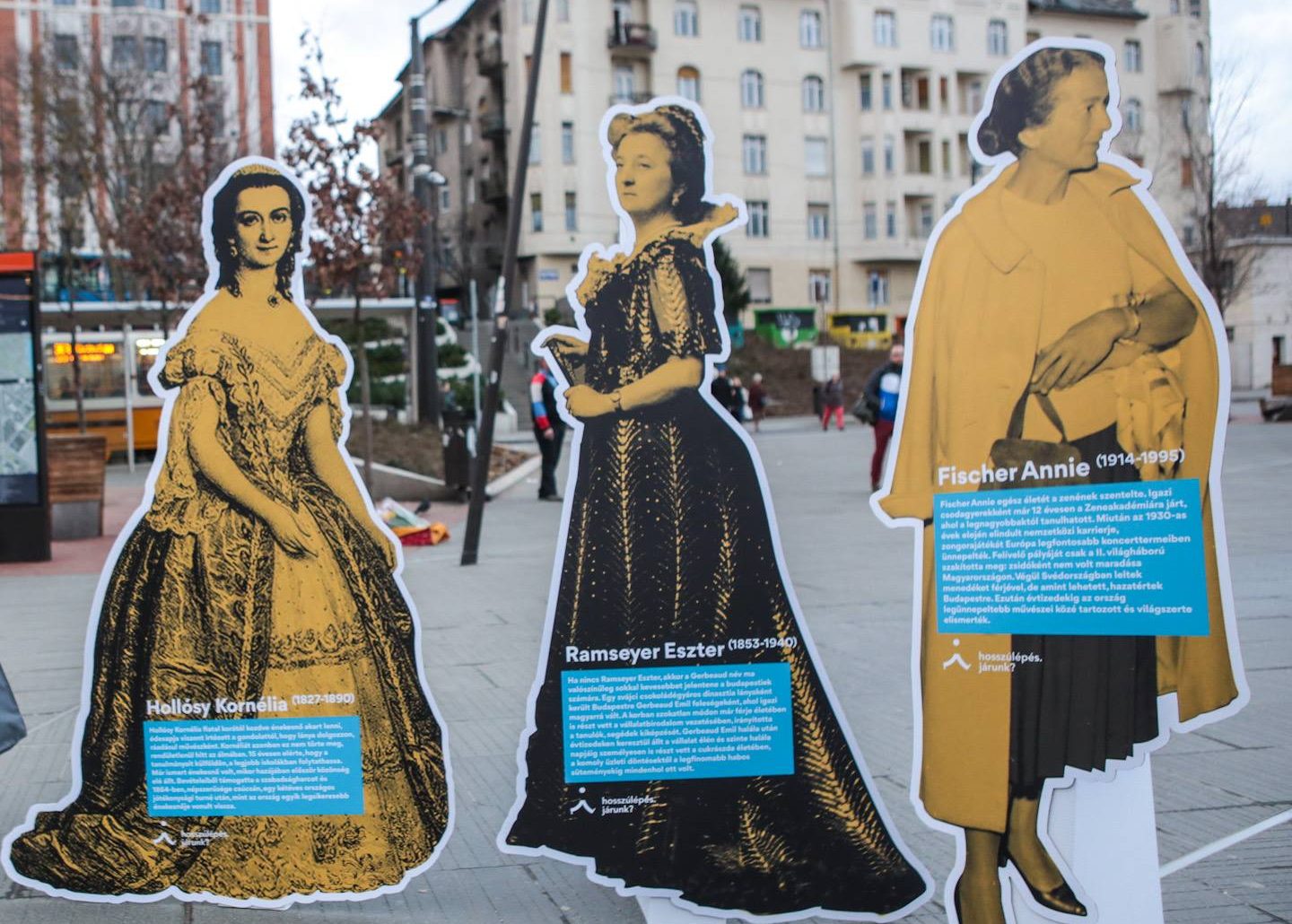 In Budapest, there are nearly 1,200 statues in the metropolitan area, only 35 of which depict women – less than those depicting animals – who are well-known, that is, a historical figure, artist, hero, or role model, rather than a nude decoration. The Hosszúlépés. Járunk? (Long Step. Are we going?) tour guide team has decided that in 2019, five extraordinary women will be commemorated with their own statue.

Back in March 2019, on International Women’s Day, the team had already set up cardboard sculptures throughout the city, drawing the attention of the citizens to Budapest’s missing sculptures of women. The statues of Kornélia Hollósy, Annie Fischer, and Eszter Ramseyer were only placed in the squares for a day, but the success of the initiative was clear, with thousands of bystanders standing for a minute and commemorating them.

This year, 10 women, who still inspire all of us, who built the city and were active fighters of women’s equality and deserve to have statues in Budapest, were selected, five of whom will get their own statues.

Some of them are more well-known artists, poets and activists, while some are unjustly forgotten. People can vote from week to week in 5 categories for the 10 women on Facebook, and the 5 most popular figures are set to be memorialized in the capital in the coming years.

Hungary Today will also cover the selected heroines in a longer article when the vote closes. In the meantime, you can read about their life and work in Hungarian on Hosszúlépés’s website and vote on their Facebook page.

The 10 women you can vote for: