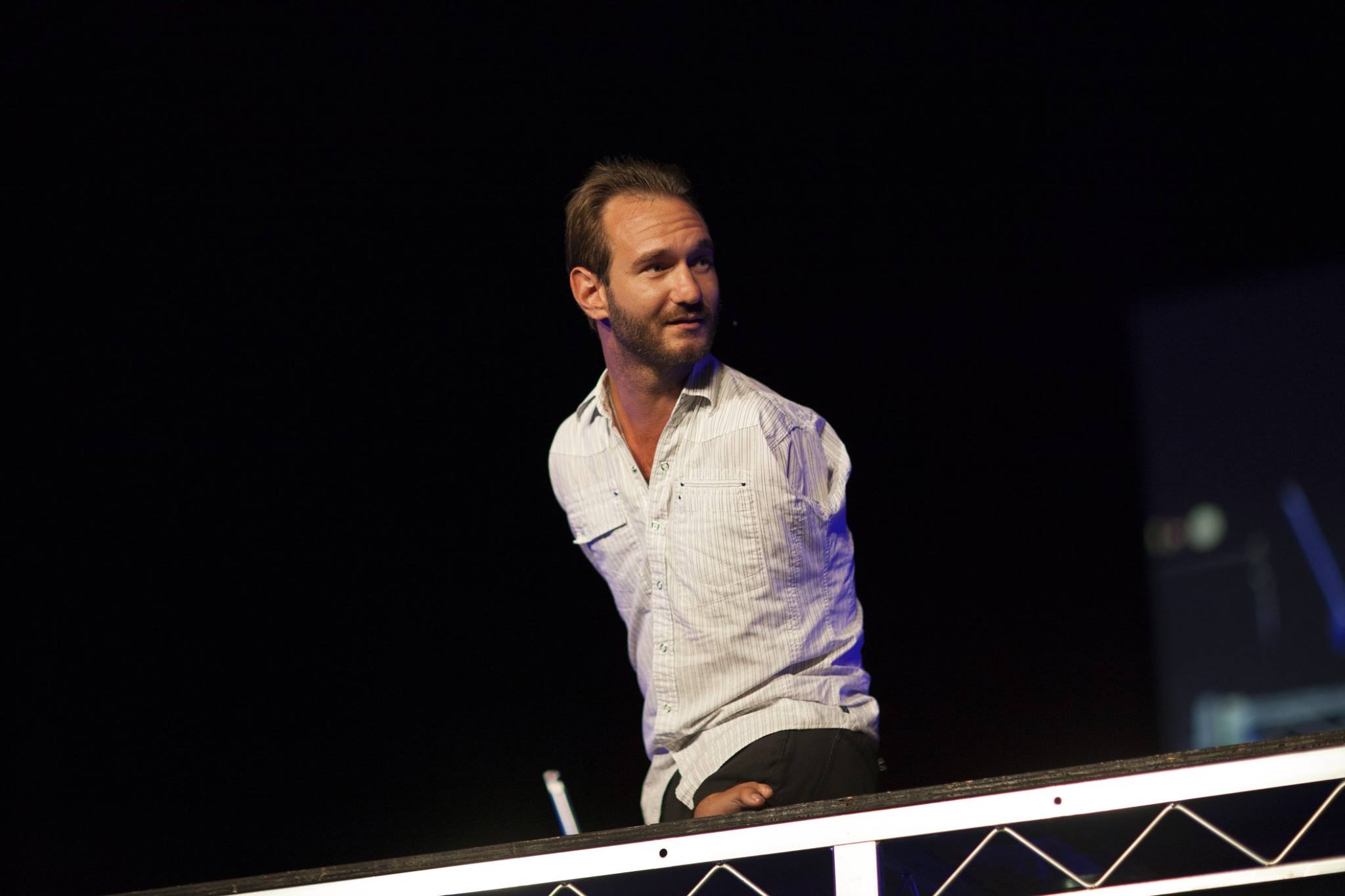 After lectures in Kolozsvár and Sepsiszentgyörgy, the world-famous Christian motivational trainer and speaker Nick Vujicic, who was born without limbs, gave a full house lecture in Budapest in front of about 12,000 people on October 25th. He said that if one has faith and is surrounded by family or friends, they can live a happy life under any circumstances. He advised that everyone should find a purpose in their lives, and that no one should forget those to whom they can give support or encouragement.

Without any medical explanation or warning, Nick Vujicic was born without arms and legs in Australia in 1982. Because of his condition, many people gave up on him, but he has been constantly traveling the world and giving lectures. He opened up about his depression and his suicide attempt at age 10 because of school bullying. Since his first talk at age 19, Vujicic, a father-of-four, has traveled around the world, sharing his story with millions, filling stadiums, and motivating people. According to analysts, his life and career can be exemplary for many, and his encouraging thoughts give strength to millions every day.

Vujicic’s lecture was held in the Arena, where the program started off with a concert by the Nem adom fel (Never Give Up) Foundation, which was established with the aim to help and encourage disadvantaged people to be active and feel themselves as valuable members of society. In addition to humorous stories, Nick Vujicic drew young people’s attention to the fact that human life is valuable in spite of all its hardships, sorrows, and illnesses. Miklós Soltész, Secretary of State for Churches, Minorities, and Civil Affairs, said Nick Vujicic is showing people that life is wonderful and worth fighting for.

The motivational speaker has also met with Prime Minister Viktor Orbán, who showed him the Carmelite Monastery on Friday. Later, both Vujicic and Orbán posted a picture on their social media sites showing them praying side by side. Vujicic captioned the photo: “Overwhelmed by your courage and faith in God” adding that he is “excited to see what God has in plan for Hungary!”

Thank you Mr Prime Minister @orbanviktor for meeting with me today and praying together for Hungary! Thank you for your welcome and I am overwhelmed by your courage and faith in God. I am excited to see what God has in plan for Hungary! Looking forward to preaching tonight in front of 12,000 people tonight in Budapest plus the online audience! God Bless you and God Bless Hungary!

Later during the weekend, the Prime Minister also shared a short video of his meeting with the Australian motivational speaker on his official Facebook page.

Orbán asked Vujicic about his recent visit to Transylvania, and they laughed about how Vujicic found it hard to pronounce the name of Sepsiszentgyörgy city. The Prime Minister then shared with the motivational speaker what he thinks a good prime minister has to be like, saying that in practical terms, he has to be quick, adding that for a president the opposite is more useful, he has to be slow.