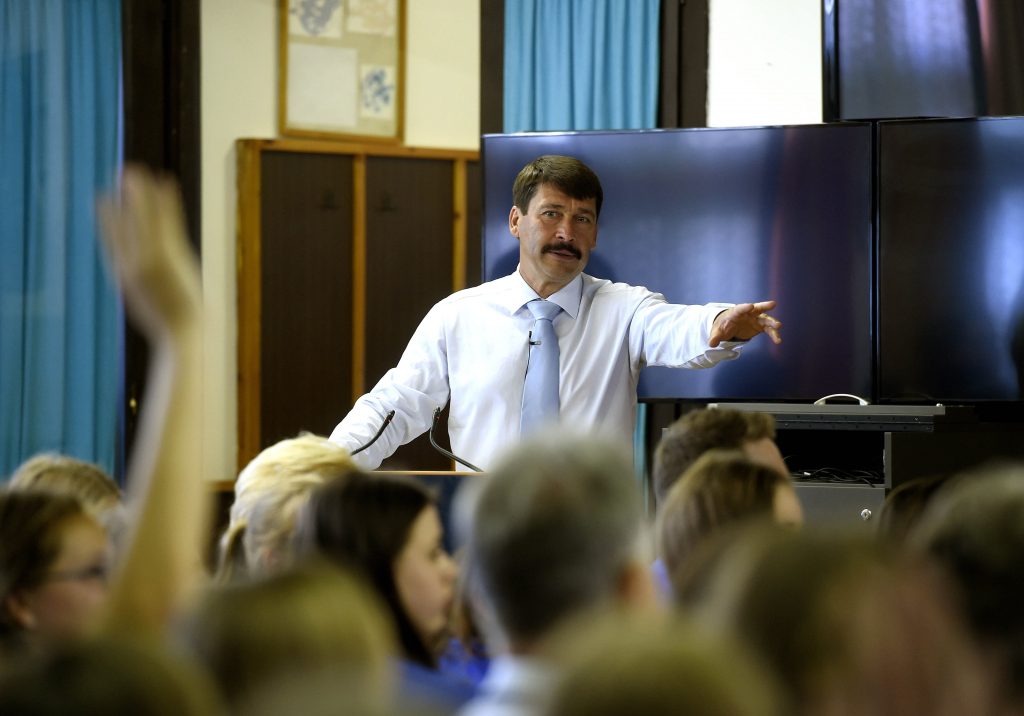 During a talk in western Hungary yesterday, President of the Republic of Hungary János Áder described US President Donald Trump’s decision to withdraw from the Paris climate agreement as

Wire service MTI reports that, during Áder’s visit to a secondary school in the city of Székesfehérvár, the Hungarian President criticized Trump’s decision, noting that, since the industrial revolution, the United States has carried the greatest historical responsibility for the increase in CO2 emissions worldwide. 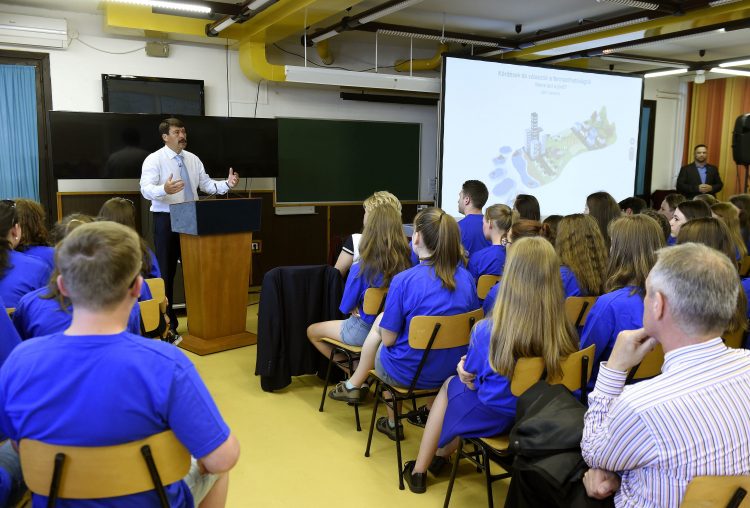 President of the Republic of Hungary János Áder giving a talk on climate change at a high school in the western Hungarian city of Székesfehérvár (Photo: MTI- Noémi Bruzák)

Áder described President Trump’s decision as being “disrespectful and irresponsible towards future generations,” due to the fact that leaving the climate agreement will negatively impact generations to come, both in the United States and throughout the entire world.

Hungary’s head of state told those assembled that

He did add, however, that Trump’s decision “is not the end of the world,” since major signatories to the agreement have reaffirmed their commitment to it since last Thursday.

Áder also noted that, so far, 14 US states have announced that they will meet the targets of the agreement, and a further 10 intend to join them.

Pointing to the company that the United States is now in following Trump’s decision, Áder said that Syria and Nicaragua were the only countries to refuse to sign the original agreement. He also pointed out that Hungary was the first EU member state to ratify it.

President Áder’s criticism comes on the heels of PM Viktor Orbán’s reaction to Trump’s decision to pull out of the Paris climate agreement. During his weekly Friday radio interview, he said that the move left him “in shock, and added that

The Hungarian consensus is that climate change is a reality, it is a threat, and it is of a global nature requiring global-level action…The decision of the US president flies in the face of all this.

Via MTI and Hungary Today