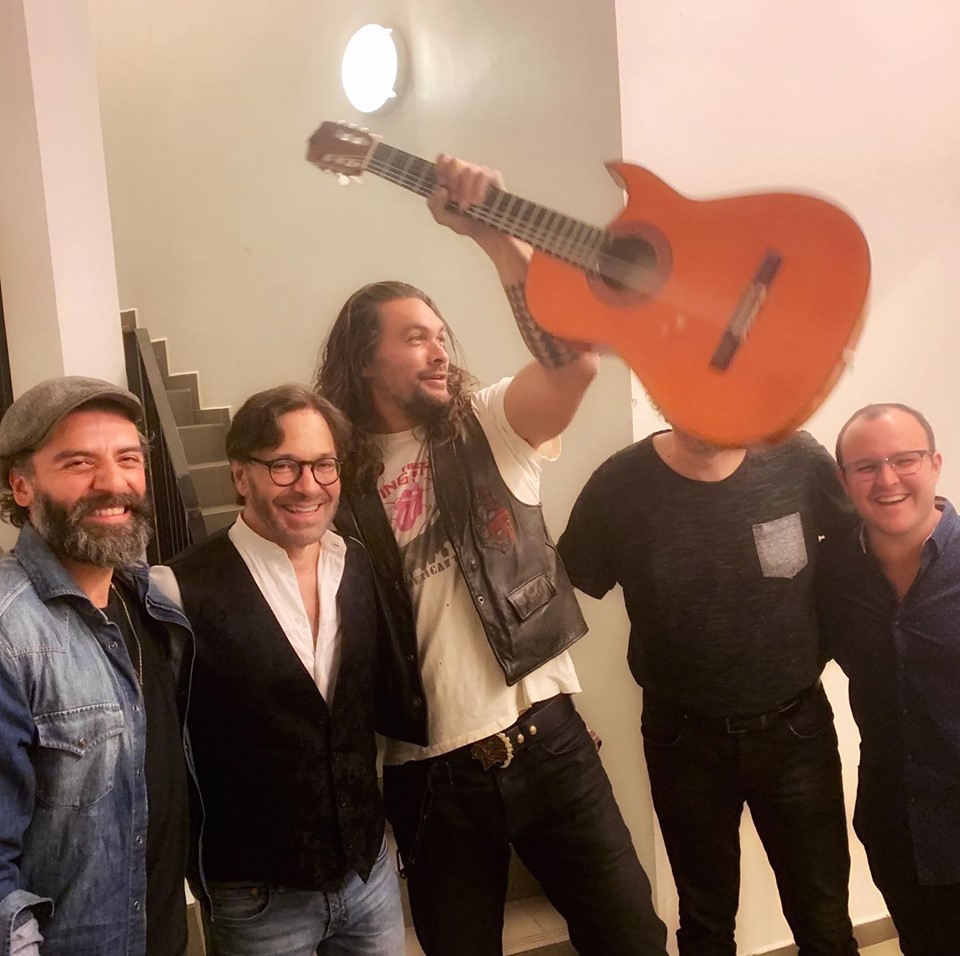 Thanks to the production of Dune, several well-known actors — including Jason Momoa and Oscar Isaac — are staying in Budapest and flooding their social media accounts with content from the Hungarian capital.

Hungarian fans might just bump into Star Wars’ Poe Dameron and Oscar Isaac; Aquaman and Game of Thrones actor Jason Momoa; and Josh Brolin, who plays the main villain Thanos in the last two Avengers‘ films. They are currently shooting Dune – a feature adaptation of Frank Herbert’s science fiction novel about the son of a noble family trying to avenge his father’s death while saving a spice planet.

Most of the actors arrived last week and posted pictures and videos of the Hungarian capital to social media. Josh Brolin even accompanied a picture his wife took in front of Nyugati station with a long caption paying tribute to World War II and The Freedom Fighters of the 1956 Hungarian Revolution.

And on Sunday I’m walking in the rain, the cold, to get breakfast for my wife. It’s raining too hard so there’s no use in pulling all of us out into it. I end up at a Hungarian joint about a mile away. It’s small and in a no-tourist ridden area. I had bought an umbrella at a pharmacy nearby and it still allows small patters to hit the front of my thin coat with a slight wind. But there’s an ambiance out here that I like so I order fast, ask how long, then walk through the labyrinth of ole Budapest, a mix of hundred year old architecture whispering a sadness from their soot covered stone and a latter almost modern seventies style that almost looks like an attempt as opposed to an era. Some of the old have chunks taken out of them, bites taken from bombs I imagine, the teeth marks of war. And I find out later that’s indeed what it was, not just my flexing romance. WW2 and The Freedom Fighters of the 1956 Hungarian Revolution. I have a small angel waiting for me a half mile away, and I billow with a new love for what I have. Can you imagine me, instead of with breakfast, running back to them with some desperate weight of fear and survival? I expand and contract on my walk back imagining the worst and realizing the best arriving to an innocent smile from tummy time the floor, and an arched cobra happy to see her Papa. My wife comes around from another room, takes the bag of omelets, in Jonas’s basketball PJ bottoms and pecks me on the lips, and with a sad whisper of her own says thank you, you. — Photo by @kathrynbrolin

Jason Momoa also explored Budapest. He toured St. Stephen’s Basilica with fellow Dune actor Oscar Isaac, had a beer in a pub, visited the Parliament and even climbed up to the Buda Castle with his friend and famous rock climber, Chris Sharma.

On Saturday and Sunday, Grammy-winner guitarist Al Di Meola performed three concerts in MOMkult with Jason Momoa, Oscar Isaac and Timothée Chalamet in attendance. Isaac and Momoa even exercised their guitar skills by jamming a bit with the artist backstage after the concert: