The only way for the European Union to repel the Orbán government’s “attack” against free speech is to help fund Hungary’s free media and effectively use the different tools at its disposal, Momentum MEP Katalin Cseh writes in an op-ed published on Politico.

The opposition politician thinks that with the ousting of the editor-in-chief of Hungary’s largest news site, “Viktor Orbán’s oligarchs have strangled the last bulwark of Hungary’s independent media.” 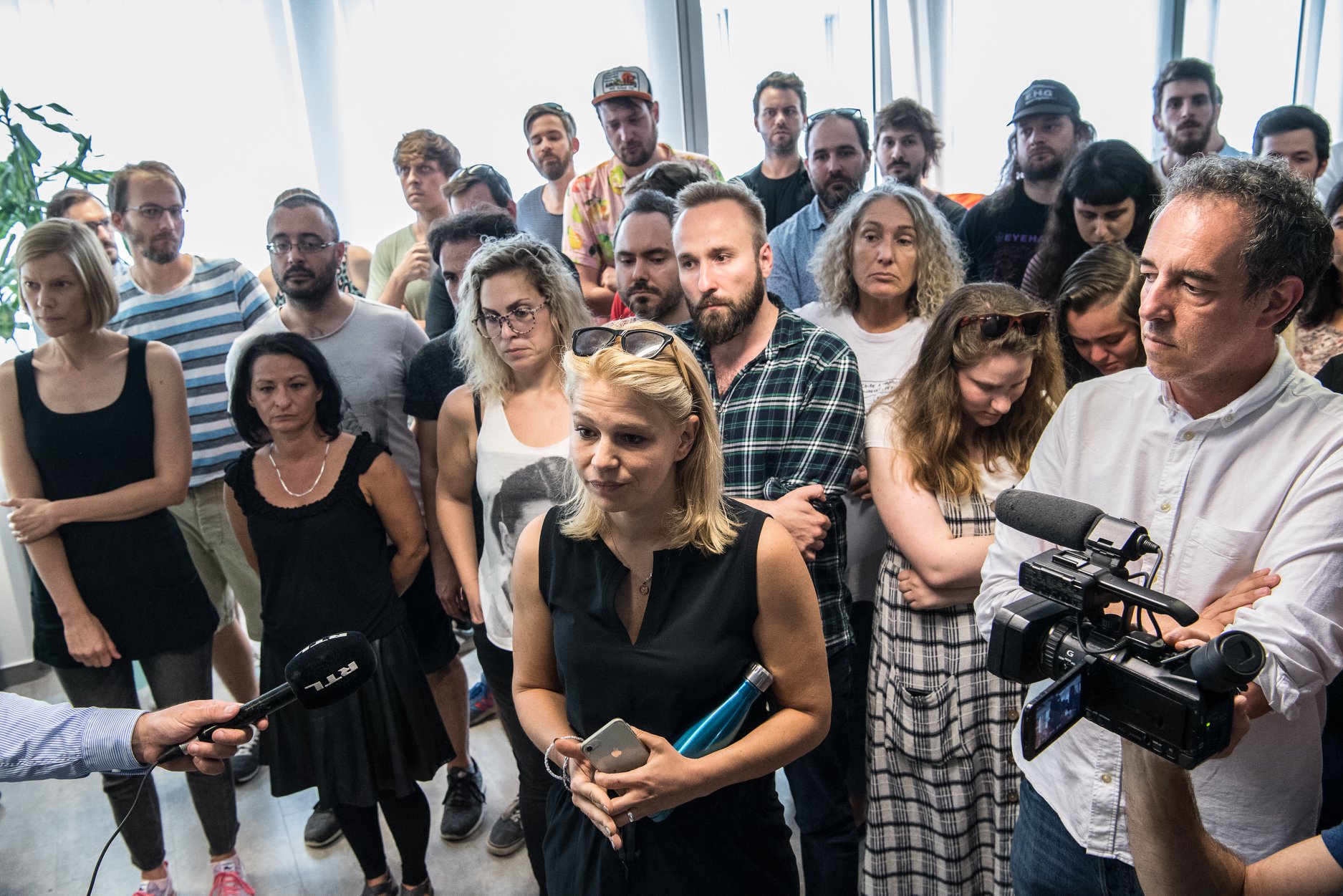 The fate of the most read Hungarian news portal, index.hu, remains uncertain following the staff having announced their resignations after editor-in-chief Szabolcs Dull was fired by the management board of the media company last week. Currently, the deputy editors-in-chief, who resigned on Friday with almost the whole staff, are leading the paper and those journalists […]Continue reading

Katalin Cseh calls on the EU to take a strong stance and save what remains of the independent Hungarian press, otherwise, freedom of speech will cease to exist in the country.

If Europe does not intervene, it will be “complicit in the demise of what’s left of free speech in Hungary.” But if the block cares about what is left of Hungary’s free media, it needs to help fund it, the European lawmaker stresses.

The MEP criticizes the deal of last month’s EU summit which included only a “vague commitment to creating a rule of law mechanism,” thus allowing Orbán to claim victory over killing off the initiative.

Cseh brings to mind that Hungary is set to receive a whopping €50 billion, a sum of money unlikely to reach independent institutions. According to the liberal politician, it will be funneled through the government that has openly lobbied to block funding to these places, including media organizations, and insists that no euro can be spent without Orbán’s oversight.

In a letter, Fidesz explains to the members of the European People’s Party what is happening around the Index case. It is written that the opposition is unfoundedly attacking the government as Index has made only business decisions. Meanwhile, at the press conference of the European Commission, a heated debate arose about Hungarian press freedom […]Continue reading

But direct funding to the remaining independent institutions of Hungary speaks louder than words. Especially because, according to Cseh, Orbán is already exporting his propaganda machine: pro-government media tycoons are making inroads in the Balkans.

Nonetheless, there is a way to take action as the most crucial factor is the way funds are administered, she says. First, the EU needs to create emergency funding for media organizations and an investigation into concentrated ownership structures in Hungary’s media landscape.

Then the rule of law mechanism should be shaped in a way that EU funding programs automatically come under direct EU management when a country faces infringement procedures related to fundamental values.

But before there can be strong EU action, there needs to be strong political will, Cseh emphasizes.