Moiseyev Ballet To Arrive In Hungary For Special Advent Tour 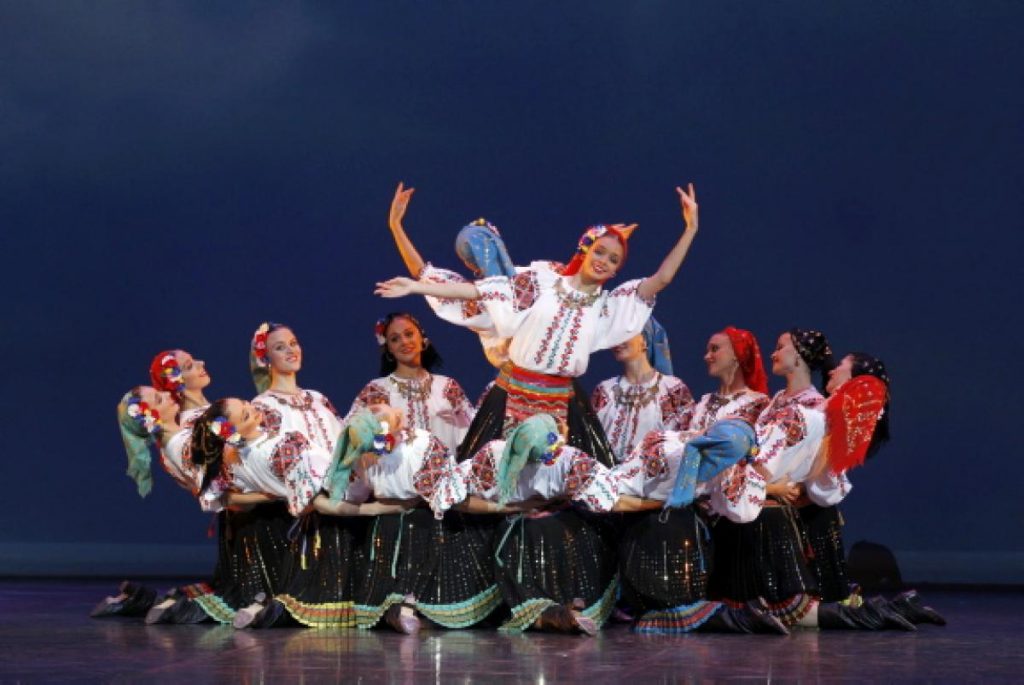 The world-famous Russian dance group Moiseyev Ballet is to stage an extraordinary ballet tour in Hungary in the coming days. Performances are scheduled for 6 and 8 December in Budapest’s Erkel Theatre, 7 December in Miskolc, 9 December in Szeged, 10 December in Szombathely and finally 11 December in Veszprém.

The name of Igor Moiseyev (1906-2007) was made famous by his uniquely choreographed so-called scenic folk dances, combining the traditional dances of various peoples with academic ballet. His very first performace, named Dances of the Peoples of the Soviet Union, was put on stage to great acclaim; it was followed by ballet d’action choreographies and danced genres. The art of the dance company, which was put on around 300 productions so far, has influenced artists who have since risen to world fame, such as Michael Flatley or the Turkish Mustafa Erdogan. “The Moiseyev group has always been and continues to be characterised by the harmony of impeccable preparedness, rich choreography, virtuosity, music and the stunning sight of stylised folk constumes”, the organisers told the Hungarian state news agency MTI.

We protect our traditions; we our repertoire pieced together by Igor Moiseyev to the stage worldwide to great acclaim, director and group leader Yelena Shcherbakova pointed out to MTI, explaining that Moiseyev Ballet has so far been a guest performer in 65 countries, some of which it toured ten to fifteen times. For example, they performed on sixteen occasions in the United States and France; they have had fourteen tours in Hungary since 1946, the last guest performance being held in 2012. The present tour will see them perform in Hungary, Serbia and Austria, after which the group’s artists will visit Israel in late May.

“We are returning to Hungary for the fifteenth time and await the tour with great expectations as the understanding and enthusiastic Hungarian public always welcomes Moiseyev Ballet with much fondness”, Ms. Shcherbakova highlighted.

See our earlier article for details on times and locations.