The spectacular fireworks over the Danube in Budapest is traditionally the most popular part of the August 20 festivities in Hungary. While tens of thousands were watching the show while standing on the river banks, the colorful show was also covered live on public television. In case you missed the 27-minute-long fireworks, we share DunaTV’s video as well as an eye-catching two-and-a-half-minute drone footage published by news portal szeretlekmagyarorszag.hu about the fireworks: 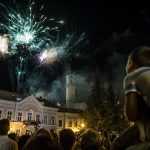 Coronavirus: Gov’t Could Lift Ban on Mass Events in mid-July 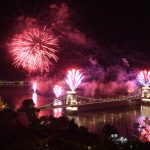