The government commissioner for Hungarian communities abroad has hailed the success of Hungarian Weekend Schools, a forum established last year for diaspora Hungarians that operates in parallel with the Hungarian Diaspora Council.

In an interview to Magyar Nemzet on Wednesday, Péter Szilágyi noted that the weekend schools forum held its first meeting last year. The second meeting is taking place on Friday.

Like the government’s Kőrösi Csoma Sándor scheme, which aims to strengthen ties between Hungary and Hungarian communities worldwide, the new programme has helped to “revive” Hungarian diaspora communities, he said.

“Families are willing to travel hundreds of kilometres to take their children to study at the weekend in [different] schools,” he said, adding that it was the parents themselves who had taken the initiative before the custom became an official programme.

The secretariat for the policy for Hungarian communities abroad maintains contact with 200 such Hungarian schools around the world, Szilágyi said, adding that it is expected that some 110-120 participants from all over the world will attend Friday’s event. 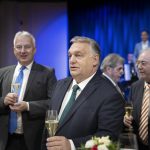 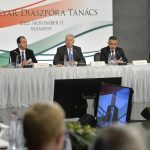