Minister: Over 1000 Churches Reborn In The Carpathian Basin Since 2010 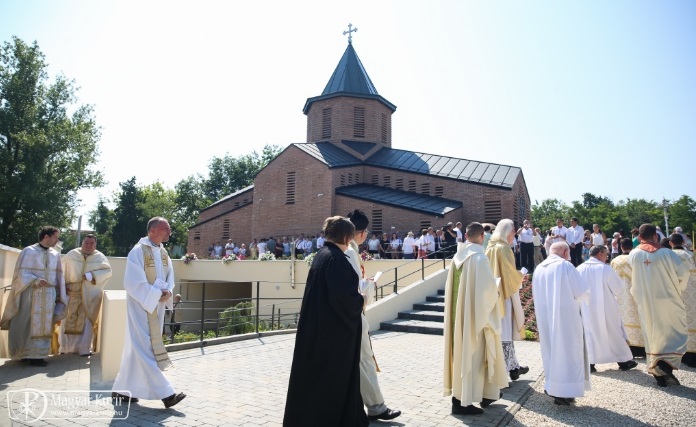 Over the past six years, 1018 churches have been reborn in the Carpathian Basin, 60 out of which were built from scratch, Minister of Human Capacities Zoltán Balog said at the consecration of the Saints Peter and Paul Greek Catholic Church in Dunakeszi, near the Hungarian capital Budapest, on Saturday.

In his speech, Mr. Balog, a Hungarian Reformed pastor, thanked the Greek Catholic church for being the religious community that “does the most for the Roma” in contemporary Hungary, pointing out that the government is grateful for the Greek Catholics’ activity in the field of child protection, as well as caring for the elderly and the disprivileged. 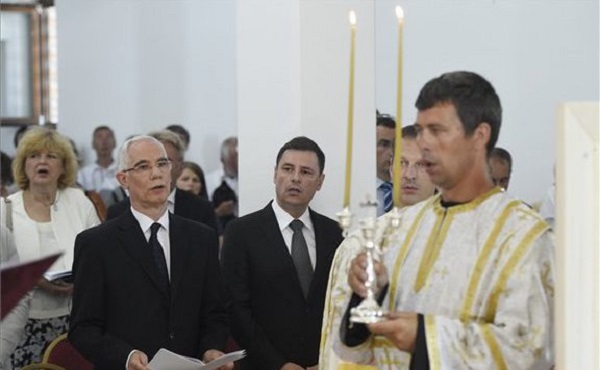 Mr. Balog (L) with local MP Bence Tuzson at the consecration of the new Greek Catholic church in the Budapest suburb of Dunakeszi (photo: Tamás Kovács/MTI)

Arguing that the surge in church renovations is a reflection of “spiritual hunger”, the Minister wished expressed his hopes that Hungarians in the Carpathian Basin will preserve this spiritual hunger, with which “we will without doubt ascend, not only economically, culturally and politically but also in a spiritual sense, which is eventually the basis of it all”.

Bence Tuzson, the MP for the Dunakeszi area representing the ruling conservative Fidesz party, read out a message addressed to the congregation by Prime Minister Viktor Orbán; “Although spiritual gifts are different in kind, the spirit is itself the same. Likewise, services also differ in kind, but the Lord is identical. With these words, we ask for God’s blessing on our new church and the celebrating congregation. Soli Deo gloria”, he said, quoting the Prime Minister.

Addressing the celebrating congregation, Mr. Tuzson called attention to values having turned into “concepts”, although concepts are in themselves pointless. If we fail to restore values, the fundamental values of Europe to support concepts, Europe and within it Hungary will perish, he claimed, adding that for this reason it is important for everyone to feel a sense of connection and support Christian communities.

179 000 individuals, or 1.8 per cent of the total population, reported being followers of the Greek Catholic church in the 2011 census. 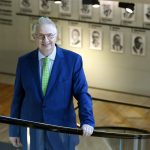 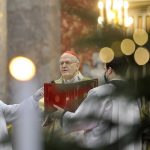