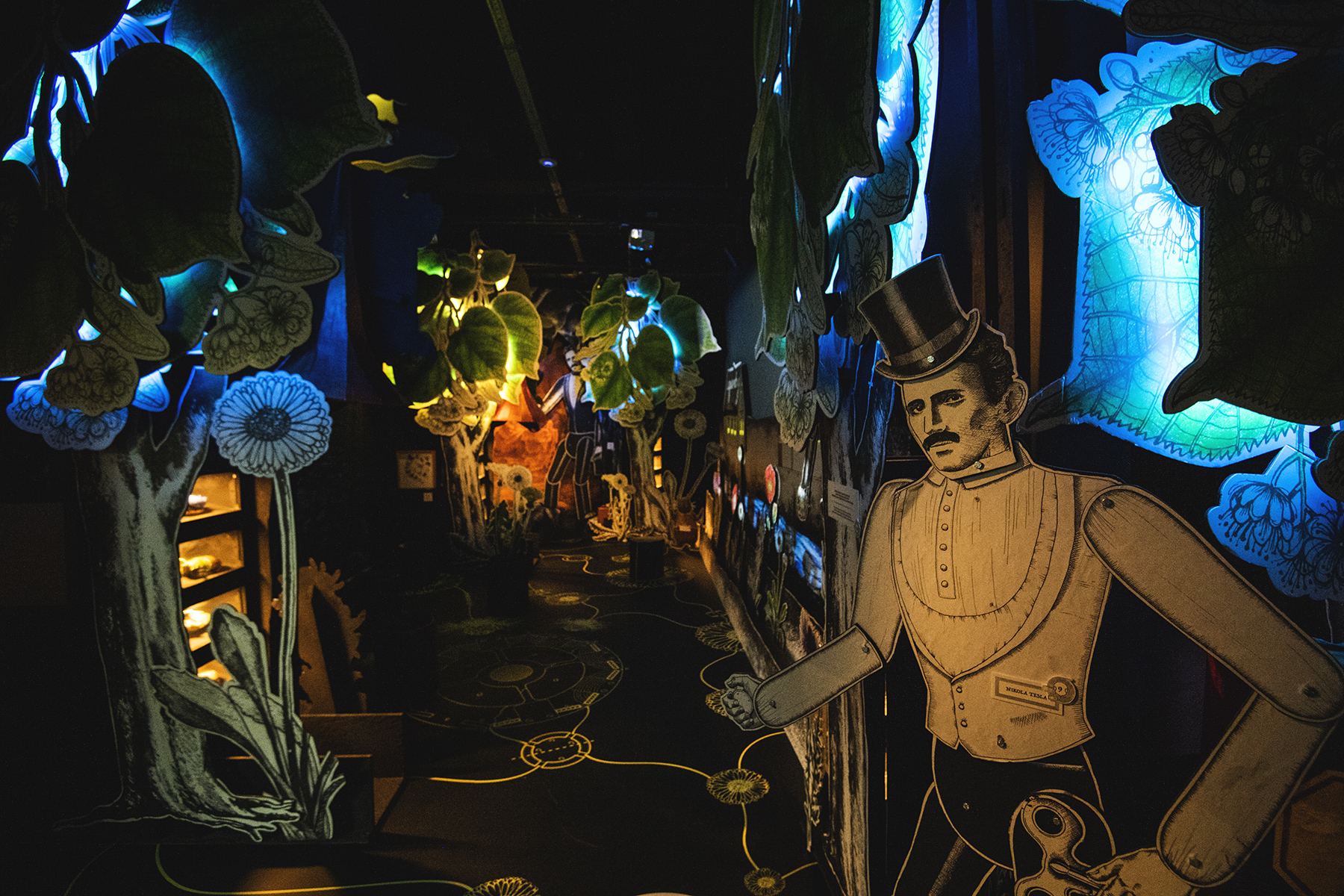 Nikola Tesla, a world-renowned scientist, who far ahead of his own age, dreamed the tools of modern technology without which our everyday lives would be unimaginable, returned to Budapest last Friday. From May 31, the capital’s audience can take a closer look at the life and creations of the mysterious genius who changed the world, through a multimedia exhibition and interactive story, Nikola Tesla – Mind from the Future, at Tesla Budapest Loft, in the yard of the Electronic Collection of The Hungarian Museum of Science, Technology and Transport. 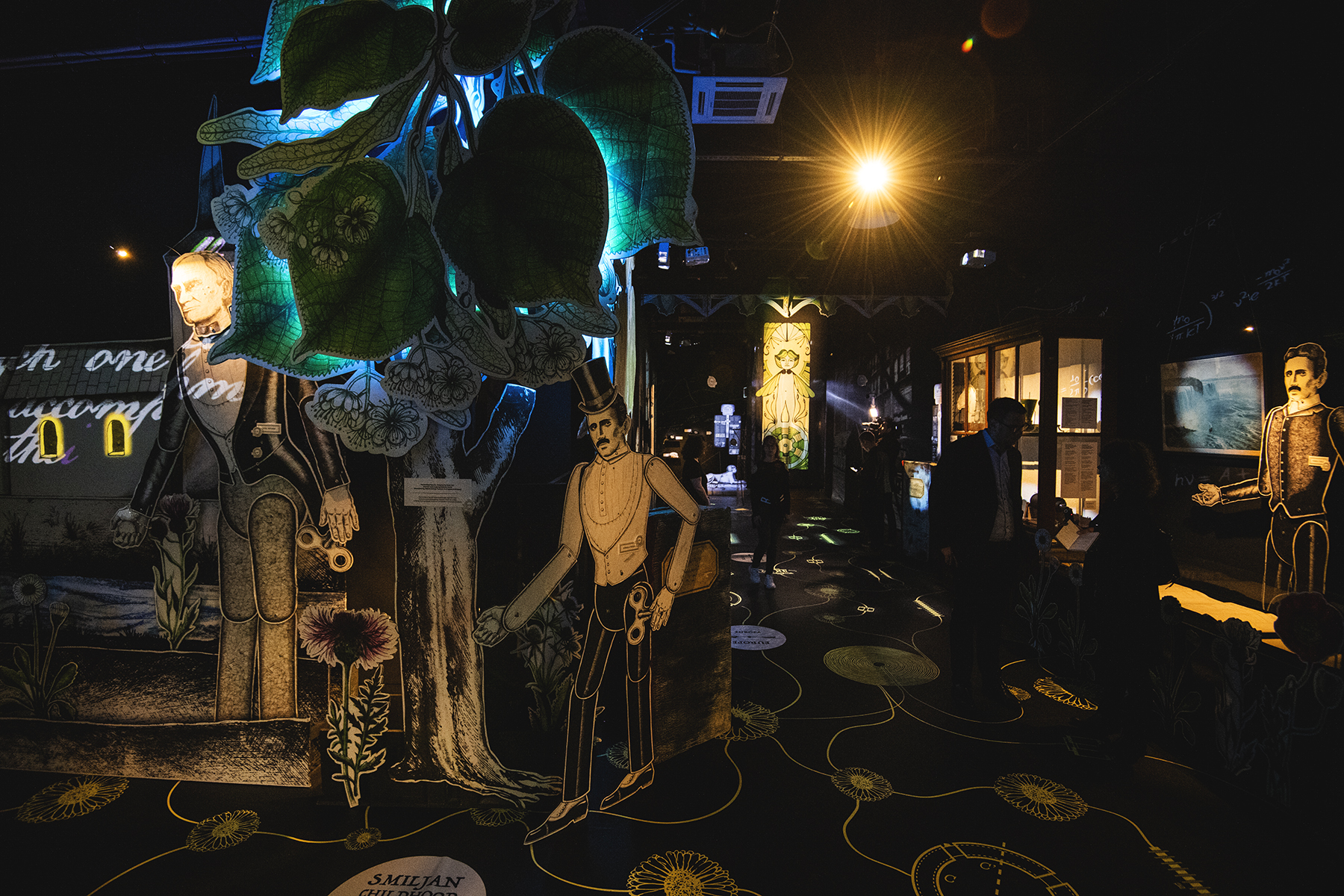 The Tesla exhibition, modeled on the vision of the scientist, presents the ten-year authorial work of Helena Bulaja Madunić, curator, artist, and producer as well as a group of international artists who operate in the field of synergy of science and art by merging film, animation, video art, and technical innovation. The exhibition opened today at  Tesla Budapest Loft, where visitors can explore the creations of Tesla’s genius from the alternating current through remote control, to wireless power transmission.

The goal of Nikola Tesla – Mind from the Future exhibition is to introduce Tesla from a shared Croatian and Hungarian cultural heritage, to promote and provoke artistic excellence, originality, inventiveness, and the application of the latest technologies in the area of visual arts. Helena Madunić, curator of the exhibition and the leading Croatian expert for cross-media and multimedia, said about the exhibit:

Immersed into the magical world of the genius Nikola Tesla, by merging the elements of a ‘live’ film, video set design, computer game, and magical hologram and light adventure into a unique multimedia experience of extended reality, with this exhibition we seek to take you on a contemplative ‘journey’ without beginning or end, through a process of inspiration, creativity and production.

The exhibition presents the life and work of the scientist in three parts. In the yard, a Tesla statue welcomes visitors. The POP TESLA section leading up to the first floor exhibition features portraits from international artists, comic book and graphic artists selected by the Spanish colleagues of Helena Bulaja Madunić, curators Miguel A Delgado and Maria Santoyo. The Tesla Room is the third and most important part of the exhibition, the space where one can literally enter the life and mind of the inventor. Through nine thematic spaces, visitors can walk through Tesla’s life from his childhood to his last years in New York.

Nikola Tesla first came to Budapest at the age of 25, in 1881. Rumor has it that Tesla’s ideas and research about the alternating current principle were inspired by the Hungarian capital. He met his lifelong friend and assistant Antal Szigeti in Budapest, who continuously supported him in his research. They say that one day in February 1882, while walking though the city park with Szigeti, Tesla was reciting a piece from Goethe’s Faust, when all of a sudden, he encountered a 'genius bliss' and had finally realized the rotating magnetic field principle, that 14 years later, had been implemented in the first alternating current power plant, built by Westinghouse company at Niagara Falls. This genius revelation that changed the world was a mix of powerful nature and vibrant multicultural imprints of Budapest that inspired Tesla to unlock the secrets of nature, discovering and translating the principle of the earth's electromagnetic field into the technology that propelled development of human civilization to the world we live in today.

The organizers also requested the placement of works of Hungarian artists in the installation as an integral part of the story. Local co-curator of the exhibition, Nóra Winkler invited artists who are somehow connected with Tesla’s work with light and electricity. She selected works from Attila Szűcs, one of the most important artists of his generation, whose art often reflects Nikola Tesla’s oeuvre. Visitors can also see the works of András Mengyán. His works, dealing with light and physics are primarily connected to Tesla by their conception, while the works of Japanese-born Fukui Yusuke, who has been living in Hungary for decades, showcases the scientist’s electrical experiments with sparkling lights. 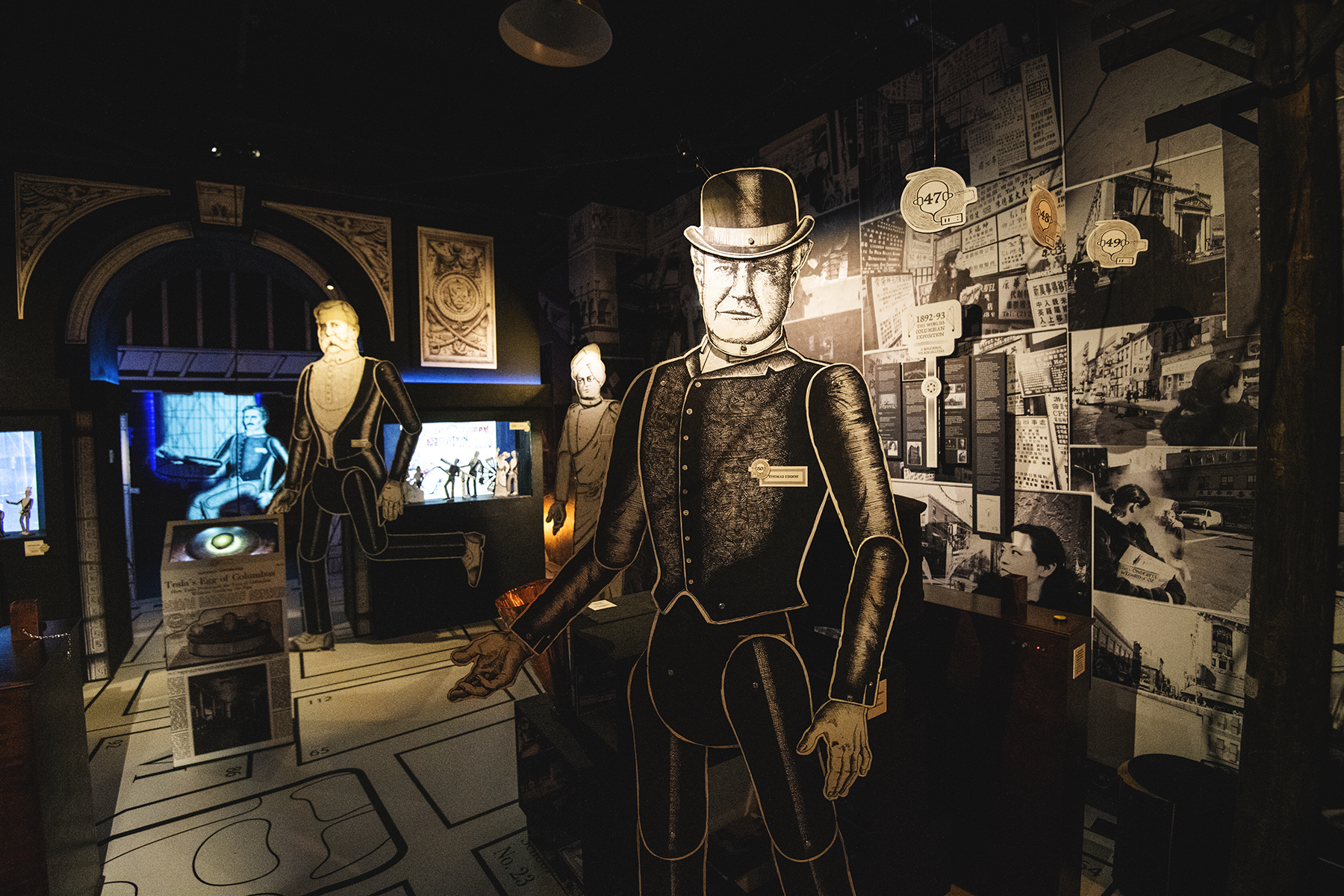 The exhibition premiered in Zagreb from November 25th, 2017 to April 2nd, 2018 in Meštrović Pavilion, where it  smashed all attendance records and was declared as the year’s top science & art event. After the Budapest exhibition, which is open to visitors from 31 May until 1 September, it will continue with a tour around the world, in cities in which Nikola Tesla has left the deepest mark: Paris, Prague, New York, and finally Dubai for EXPO.