“The mistake in terms of security was not to take in those people who were standing on our doorstep. No, the mistake was to not have paid attention from the very beginning, to have not created conditions that enable people to stay in their home country” – said German Chancellor Angela Merkel recently in Davos at the World Economic Forum. Two years ago, Federal President Joachim Gauck, emphasized at the same place that a “limitation strategy” could be morally and politically necessary to maintain the state’s ability to act and he also spoke about the importance of protecting the EU’s external borders. These thoughts are almost entirely in line with the thoughts of the Hungarian Prime Minister, which he has been saying since the beginning of the migration crisis.

This article has been published in German by our sister-site Ungarn Heute and translated by Fanni Kaszás.

“Don’t bring the problems to Europe”

German Chancellor Angela Merkel, has spoken at the World Economic Forum in Davos recently, saying that when there’s “a country like Syria, with just over 20 million inhabitants, half of which have fled their homes (…), when you see that Turkey is hosting some four million Syrian refugees (…) then the only conclusion you can draw is that we must, time and again, do everything we can to set peace processes in motion, no matter how difficult this may be.” Merkel emphasized “prevention” above all and said that the problem should be solved from where it originated.

Migrants on their way in Hungary in 2015. (photo: Gergely Zoltán Kelemen/MTI)

Merkel added that she is “pleased to announce today that we will continue to participate in international aid efforts (…) Between now and 2025, we will again make available 600 million euros towards fighting diseases, improving medical systems and thereby also promoting stability.” At the end of her speech, the Chancellor also mentioned the 2015 refugee crisis. She said the mistake was “certainly not” to “take in those people who were standing on our doorstep,” but having not created “conditions that enable people to stay in their home country.”

At the beginning of 2018, Hungarian Prime Minister Viktor Orbán said almost the same thing in the Seeon cloister, as a guest at CSU’s closed conference:

“Instead of bringing problems to Europe, the Hungarian government wants to provide help where it is needed.”

He added that this is why the Hungarian government is the first country in the European Union to set up an entire program to help persecuted Christians. The “Hungary Helps” program has so far helped tens of thousands of people to stay in their home countries.

The head of the program is State Secretary Tristan Azbej, who already emphasized at the previous conference of the Friends of Hungary Foundation that:

Through the program, the Hungarian government is helping persecuted Christians to restore their homes and churches. Additionally, the program builds community houses in Iraq, Syria, and Lebanon. The Hungarian state also launched a special scholarship program for young members of Christian families who have been subjected to persecution.

“Migration and integration must be thought of in tandem”

Federal President Joachim Gauck said in Davos two years ago: “almost sixty million people, more than ever before, are currently fleeing – for many of them, their lives are on the line. The hundreds of thousands of people seeking protection on our continent are presenting the European Union with arguably its greatest test ever.” Back then, the politician made a historical review of the positive aspects of migration, but at the same time, warned that “not all migrants have taken on board all European fundamental convictions.” According to Gauck, it is particularly true for some people who – or whose families come from Muslim-majority countries, and their opinions about the role of women, tolerance, the role of religion, or our legal system are different. Therefore – according to him – the central teaching of migration should be:

migration and integration must be thought of in tandem.

He also referred to the 2015 crisis, similar to Merkel’s thoughts from 2020, and said that although many felt that Germany’s attitude in 2015 was exuberant or naive, this attitude meant more for Germany:

For many older Germans, that willingness to give the new arrivals a welcome was an act of commitment to a country which, after its steep fall, now wants to be open and to show solidarity, and never again to be xenophobic or racist.

He added that they know that “new arrivals bring with them different customs and views, different languages, religions and, in some cases, different values into everyday life. Wolfgang Thierse, former President of the German Bundestag, gave us this – perhaps over-dramatic – description of what needs to happen: those who come to us should feel at home in an alien country, and the native population should not feel alien in their own country.”

Orbán: “A high number of Muslims leads to parallel societies”

Prime Minister Orbán said back in 2015 that with “a high number of Muslims, parallel societies are coming into being in contemporary Europe, since Christian and Muslim societies will never connect.” PM Orbán added that “multiculturalism is only an illusion,” which “we don’t want and we don’t want anything to be imposed on us.”

While Orbán has always been on the side of a so-called “zero tolerance towards migration,” Gauck is more permissive: he still thinks that only a limitation strategy should be accepted for the admission of migrants, but this is already a big positive change after the former “welcome culture” policy.

Limitation strategy: moral and political necessity to maintain the state’s ability to act

The Federal President said in his ‘Davos speech,’ previously quoted,that when we think about “how many people a society can take in, we can see that there is no magic or mathematical formula to determine that. Rather, the scale depends on an ongoing process of negotiation in society and the world of politics. For example, what we want and are able to achieve today would not have been possible or even conceivable in Germany ten years ago, and most certainly not twenty years ago. But even today, we are discussing limits in terms of the number of people we can absorb.” In 2016, Gauck believed that “limitation” was not unethical per se. He said:

“Limitation helps to get acceptance. Without acceptance, however, a society is not open and not receptive.”

The Federal President added: “that is precisely why the governments in Germany and other European countries and Brussels are now increasingly looking for solutions to reduce the number of refugees.”

At the same time, the President also warned of what “the populist parties in Europe are doing,” by saying there is also

Gauck also confirmed that many Syrians want to stay as close to home as possible in order to be able to return as quickly as possible.

Protection of the external borders

Gauck concluded his speech with his view regarding border protection. He said “if the external borders are not effectively protected, national borders will once again become important, and freedom of movement within Europe will be at risk.” He said that freedom of movement within the Schengen area will only be preserved if security at the external borders is guaranteed. He added that the reverse also applies, and “developments during the last few months have shown this.”

Strengthening the external borders was already on the agenda in Hungary back in 2015, after all, a fence was built later that year. The Hungarian government’s position has been clear from the start: Hungary is protecting not only itself but also Europe from illegal migrants.

Even Chancellor Merkel defended the fence in 2018 when she said: “Hungary has an EU external border with Serbia and is doing the work for us.”

“The number of migrants is increasing radically”

Viktor Orbán said at an international press conference on January 9, 2020, that “the annual data from the Turkish Directorate General for Immigration shows that in 2019, around 450,000 people who crossed the border came to Turkey illegally. This represents an increase of 70% compared to the previous year.”

The Prime Minister also pointed out that the number of migrants heading to Greece had increased accordingly and as a result – and as a logical consequence – the number of migrants on the Balkan route increased as well. According to Orbán, migrants choose the “more accessible routes,” which means more and more people are coming to the Hungarian-Serbian border. In addition, the Hungarian authorities must also be vigilant, as for example, a few days ago, around 60 migrants tried to break through the Southern border fence at Röszke.

Therefore, in the first days of the new year, the Hungarian government has decided to increase the number of soldiers and police officers on the Serbian-Hungarian border: new units were sent to the border and additional police officers were ordered to the region. In addition, the border protection agreement has also been concluded with the V4 countries, so if it would become necessary, Czechs, Poles and Slovaks will also be able to help Hungary immediately. 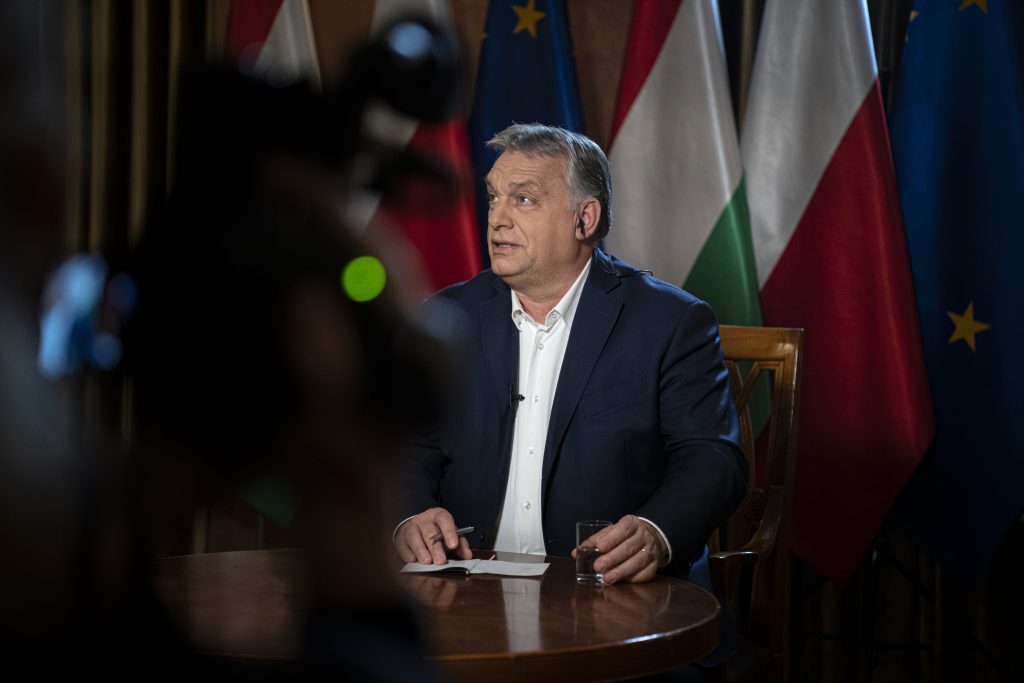 Prime Minister Viktor Orbán on Saturday congratulated Armin Laschet in a letter on his election as the leader of Germany’s Christian Democratic Union (CDU). “I am convinced that the long-standing cooperation between Fidesz and the CDU has greatly contributed over the past two-and-a-half decades to the development of Hungarian-German ties and the outstanding economic success […]
MTI-Hungary Today 2021.01.17. 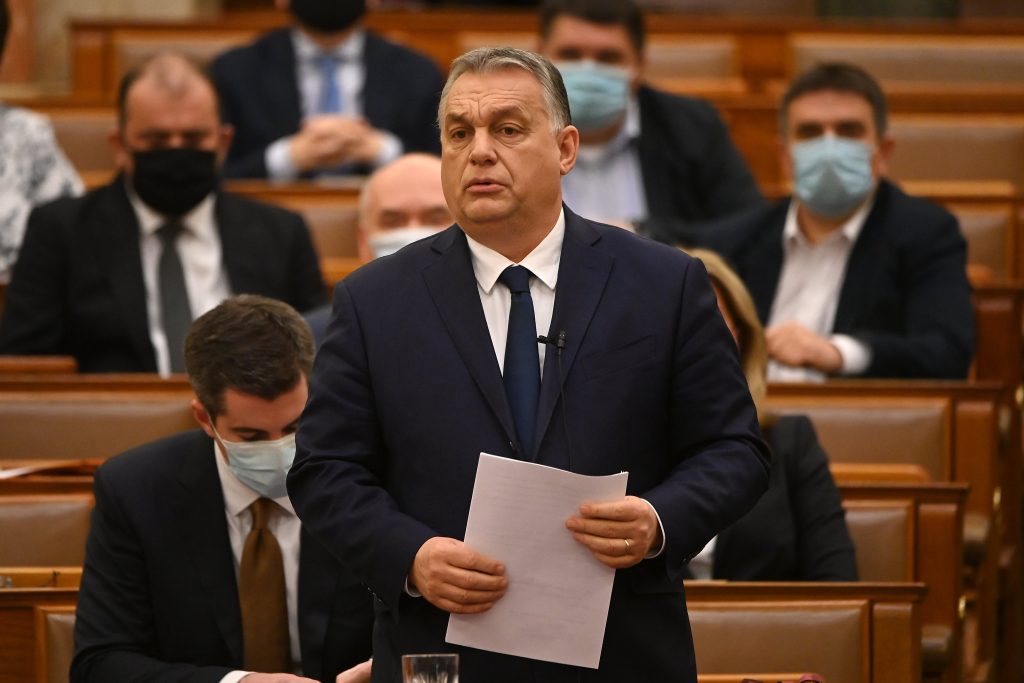 Together with two other Hungarian officers, Gáspár Orbán, the son of Hungarian Prime Minister Viktor Orbán, has completed a nine-month course at the British Royal Military Academy, Sandhurst on a Hungarian state scholarship, news outlet Telex reports. The course can cost up to £93,000, more than €100,000 (HUF 37,8 million) per cadet. Gáspár Orbán commenced […]
Hungary Today 2021.01.15.