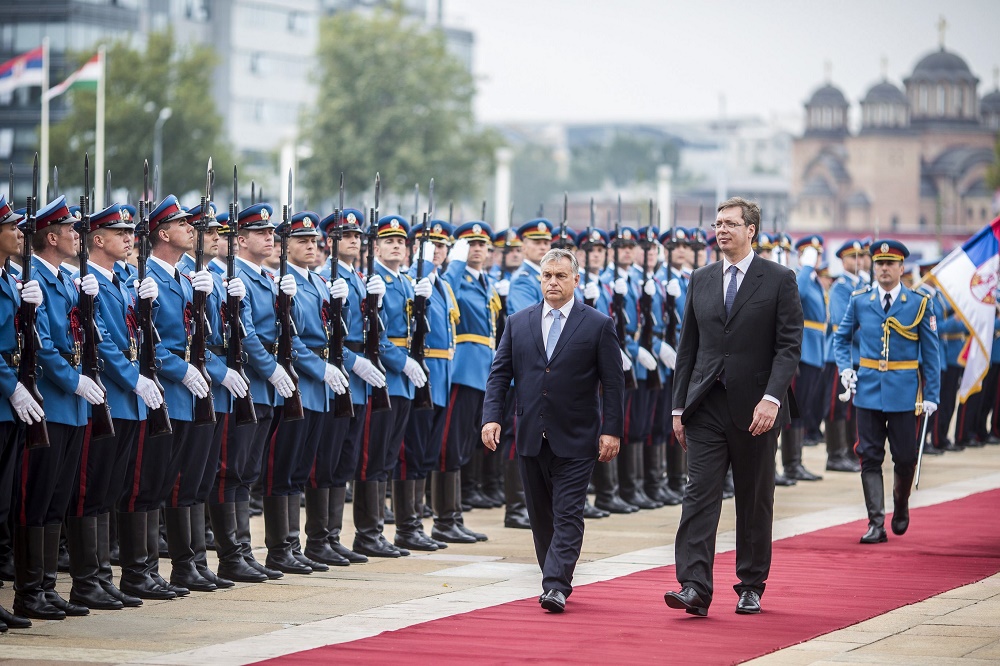 Challenges stemming from a wave of migration similar to those seen last year along the so-called Balkan route could well arise again this autumn, Hungarian Prime Minister Viktor Orbán said in Belgrade.. Meeting Serbian counterpart Alexandar Vučić in Serbia’s capital to discuss cooperation in connection with the so-called Balkan migration route, Orbán said, “We must prepare for a difficult autumn”. 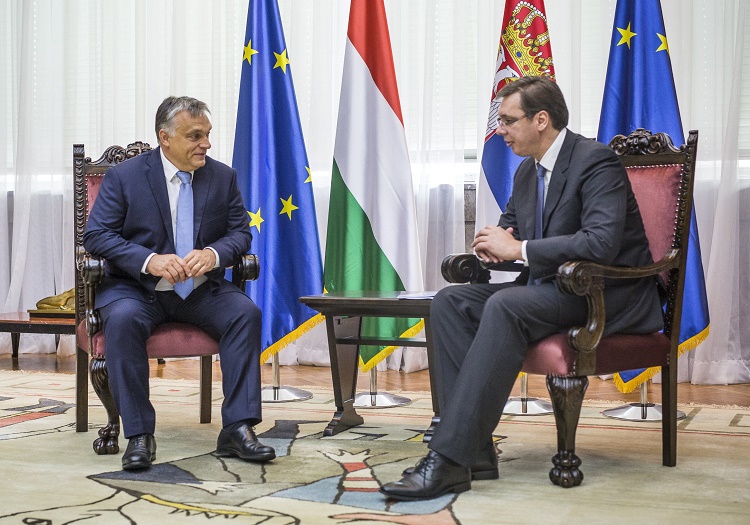 The agreement between the European Union and Turkey is fragile, which could lead to a situation similar to that last year. Orbán told a joint press conference that Hungary wants to “protect what it has achieved so far” and will not tolerate law violations. This includes attempts to enter the country illegally, he said, adding that Hungary has an interest in helping Serbia so “not a single person can enter Serbia’s territory illegally”. This would fortify Hungary’s security, too.

Viktor Orbán also said that security of Hungarians should not come at the expense of Serbia. “We are not interested in protecting Hungary’s borders while seeing tens of thousands of migrants stuck in Serbia,” he said. The prime ministers agreed to open border crossings in order to help the flow of legal movements between their countries.

On the subject of the Oct. 2 referendum in Hungary, Prime Minister Viktor Orbán said the vote was needed to address the growing conflicts expected between Hungary and Brussels over migration issues. “Brussels wants to force rules on member states which are against their interests, and if this does not change it will lead to a prolonged political and legal dispute,” he said. “The stronger support we get in the referendum, the better the chances we’ll win this battle against Brussels.” Addressing the issue of Serbia’s EU accession, Orbán said Serbia should try to get “as close to the EU as possible”. Whereas some are “trying to block this, Hungary does not agree with them,” he said. “Only merit counts.”

Serbian PM Alexandar Vučić said Hungarian-Serbian relations are outstanding despite the fact that there is no full agreement on all subjects between their countries. Preparations must be made for the autumn and winter, as already 5,000 migrants are in Serbia. Joint working groups are already working on solutions for the upcoming period, he said. Budapest is contributing towards efforts on the Macedonian border, and this will be extended to the Bulgarian border as well, he noted.

Maintaining good relations with Hungary is key for the Serbian government, Vučić said. Mixed committees overseeing the economy, agriculture and tourism will be set up to help improve the exchange of experiences, he said, adding that a joint government session will be held before the end of the year and the meeting may be held in central Serbia instead of Belgrade in order to help boost Hungarian investments there.

Hungarians living in Serbia enjoy “fair and generous” treatment from the Serbian government and the Hungarian government aims to be generous to the Serbian community in Hungary, too, Viktor Orbán said. Orbán asked his Serbian counterpart Vučić for his support for Hungary’s bid to organise the 2024 Olympic Summer Games. The whole central and eastern European region would benefit, he added.