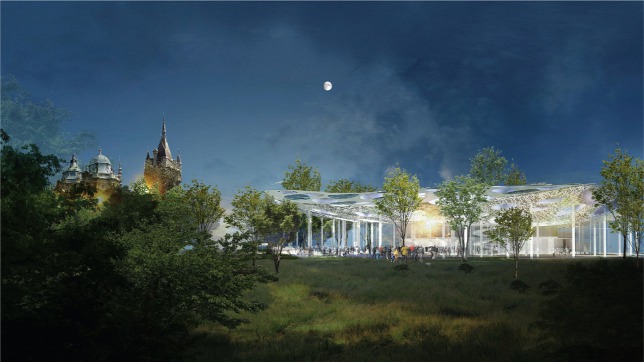 The biggest public park of the Hungarian capital, the Budapest City Park (Városliget), has been in the spotlight recently due to large-scale plans for the area’s modernization. A brand new art central a real “musemsquartier” of Budapest would be built in the Liget according to László Baán, Hungarian economist and museum curator. Everything is going by the plans he said to origo.hu

One of the buildings of the quartier will be the House of the Hungarian Music (concert hall). András Batta the professional manager of the project said, the complex will be a mighty palace of music. People can learn about the physics of music and about its place in the human’s life by visiting the permanent exhibition. He added: “A walk in the House of the Hungarian Music will be learning and fun at the same time”.

The three-level building would symbolize three tunes. Although the three level will be separate places with different functions of the museum and hall but they will be connected to each other. On the ground level, there will be a concert hall, and an auditorium. In the “base” will find an exhibition about Hungarian music. The upper level will be the field of museum-pedagogy, with unusual, interactive music lessons, labs and multimedia library. Here you can see the visual plans of the “mighty palace of music”.

Constructions will start in 2017 and the House of the Hungarian Music will open in the spring of 2018 by the plans.