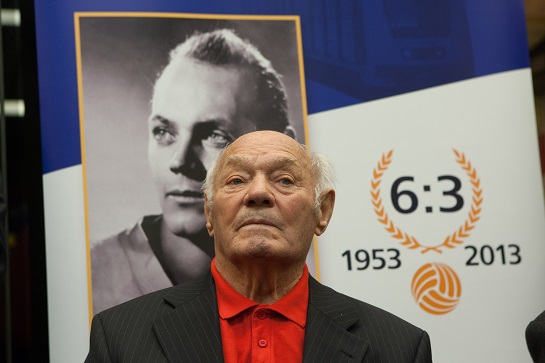 Jenő Buzánszky, member of the legendary Hungarian national football team called ‘Mighty Magyars’, remains in critical condition after being hospitalised on Friday. Having had a major operation performed on him during the weekend, he remains in intensive care in a hospital in Esztergom, northern Hungary, his son has said.

Due to his hospitalisation, the football icon and former coach was unable to take part at the traditional Christmas meeting of elderly footballers organised by ministerial adviser János Jakab despite being awaited with great zeal as the oldest member of the group and silver medallist at the world championships 60 years ago.

The 89-year-old, who holds the title ‘Sportsman of the Nation’, was elected into the Association of Immortal Hungarian Sportsmen in November. The last member of the ‘Mighty Magyars’ after goalkeeper Gyula Grosics died in June 2014, he won a silver medal at world championships sixty years ago. Other famous members of the team included Ferenc Puskás, Zoltán Czibor, Sándor Kocsis, József Bozsik and Nándor Hidegkuti.

Buzánszky made his debut for Hungary on 12 November 1950 in a 1-1 draw with Bulgaria. He subsequently played 48 times for Hungary and as one of the legendary ‘Mighty Magyars’, he helped Hungary become Olympic Champions in 1953 and Central European Champions in 1953. He also played in the Hungary team that defeated England twice. During the 1954 World Cup, he played for Hungary in all five games. 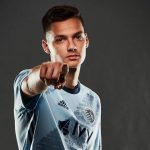