The radical nationalist Mi Hazánk party is calling on the public not to participate in welcoming Turkish President Recep Tayyip Erdogan during his upcoming visit to Budapest and also opposes the planned “extreme-left” pro-Kurd protests, the party’s leader said on Wednesday.

Referring to the current conflict along the Turkish-Syrian border, László Toroczkai told reporters that “this is not our war and not an issue for Hungarians. Mi Hazánk, as always, represents the Hungarians’ path.”

Erdogan embodies Ottoman conquest rather than Turkic brotherhood, he said. This is why any real Hungarian should not welcome the Turkish president who promotes policies based on Muslim faith and Turkish nationalism, Toroczkai said. At the same time, a protest in support of Kurds has been organised by “extreme-left, communist, anarchist and subversive organisations” with whom no Hungarians should associate with, he added.

Erdogan is scheduled to pay an official visit to Budapest on Thursday. 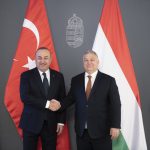 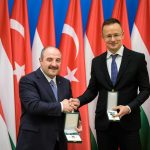