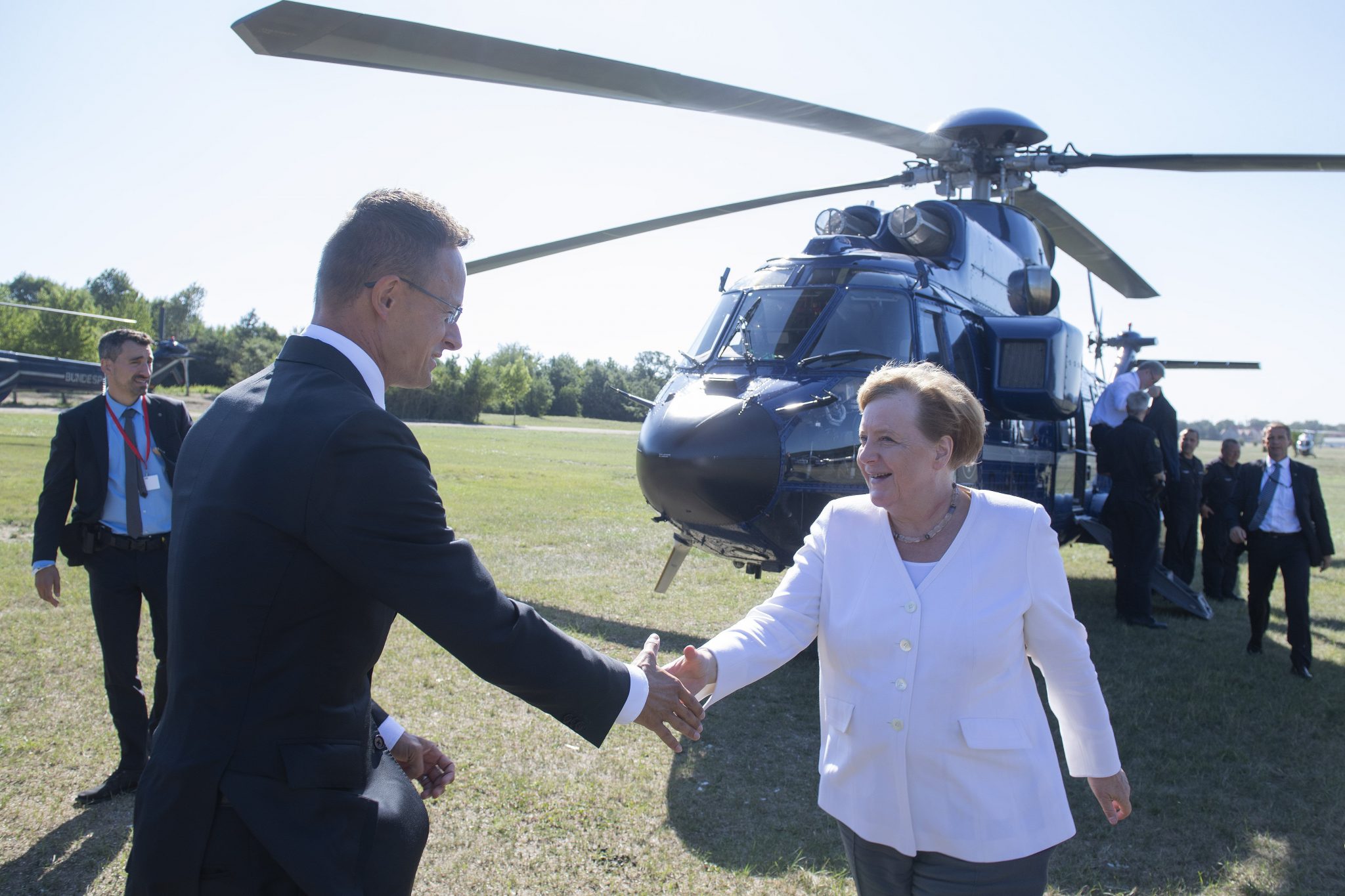 The chancellor told a press conference that the turnover of bilateral trade was balanced and said it was a sign of “extremely close” relations. She said that the achievements of German companies in Hungary greatly contributed to the success of the German economy.

Referring to the European Union’s cohesion and structural funds, Merkel said that “looking at the growth rate of Hungary it is obvious that Hungary has used those funds well to benefit its people”. Germany is happy to have contributed to that welfare through creating jobs, she added. Germany seeks to further develop scientific, research and innovation cooperation with Hungary, Merkel said, adding that ministerial talks would follow to that end.

Merkel said her talks with Orbán had touched upon defence industry cooperation, which she said was extremely important in light of the two countries being NATO members. On another subject, she said that Brexit was a “lamentable reality” which should be accepted, and added that her country would seek “the best possible” relations with Great Britain in future.

Parties at the talks agreed that the EU needs to strengthen ties with the US and China to prevent protectionist tendencies, the chancellor said.

Merkel said that Germany seeks to build “tight relations based on trust” with all EU members and suggested that she would also promote the interests of Hungary and central Europe in the community’s next budgeting cycle.

“We need fair solutions,” Merkel said. She said she hoped that Hungary would also consider Germany’s aspects in the interest of good cooperation and voiced her country’s readiness to find compromises.

Merkel is in Hungary to attend commemorations marking the 30th anniversary of the Pan-European Picnic.