"Revisiting The Political Legacy Of The Former President Of The Republic Of Hungary, Árpád Göncz", By Dr. Dae Soon Kim

Hungary Today is publishing the following article in memory of Árpád Göncz, the first President of democratic Hungary, Árpád Göncz, who passed away on 6 October 2015 at the age of ninety-four.
In memory of Göncz as President
In reminiscing about his life, Göncz once asserted that:

I have never been a politician. It was true that I often fulfilled political roles in the course of my previous political activities. The activities undertaken during the resistance movement, during the 1956 Revolution and after the collapse of the old system they were all quintessentially political. However, by nature, I did not behave in a way that people might have expected from a politician. Political careerism and ambition were absent in my case. I entered politics from the outside.

This self-confession was the image of Göncz, one of his defining characters that I personally felt and – still feel – when I see him. In my memory, Göncz was remembered as a down-to-earth figure who may have had a gift to communicate with the people who came from all walks of life. This was possible for Göncz as he gained the first hand experiences living in various social backgrounds. True, the political activities that Göncz undertook over the course of his life, beginning from participation in the anti-Nazis movement, through fulfilling a secretariat role in the Independent Smallholders’ Party, undertaking an important rearguard role during the development of the 1956 Hungarian Revolution, to the founding of the Committee for Historical Justice in the late 1980s, all of which had contributed to the shaping of his democratic credentials. This democratic image was indeed an important factor for Göncz to be elected as the first Hungary’s post-Communist President. 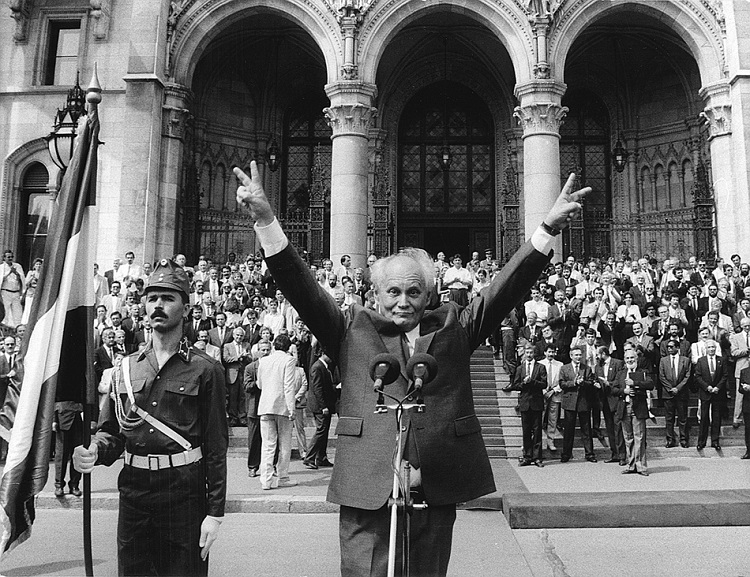 Árpád Göncz after his election as the first President of post-Communist Hungary by the National Assembly, Budapest, 3 August 1990 (photo: Tamás Szigeti/MTI)

Despite this fact, Göncz did not behave in a way that one might expect from professional politicians who tend to seek narrow vested interests in slavish adherence to their political lines or party platforms. Göncz could be seen as a naive and civil figurehead who dreamed of and in fact, sought to bridge the oppositional political divide that had long been entrenched in the Hungarian political system. The political rivalry between the national populists (a népi-nemzetiek) and the urban liberals (az urbánusok) had been intense for centuries, and that has not changed either even after the political transformation to democracy. Immediately after the democratic transition, the Hungarian Democratic Forum and the Alliance of Free Democrats primarily filled in this rivalry position, during which a series of intense political confrontations were marred by the polarisation of politics. Having observed this situation, Göncz endeavoured to bridge the schism between two oppositional camps, albeit his attempt ultimately failed. True, Göncz’s proactive presidential role in politics contributed to the widening of the extant political polarisation. That was culminated in the summer of 1992 when the question of control over the broadcast media took the center stage in Hungarian politics (pejoratively called as “médiaháború“). At that time, for some critical political commentators, Göncz was seen as a controversial figure who preferred to meddle in the state affairs, although the Constitution did not vest him with that authority. In view of this, it appears that Göncz overstepped his constitutional boundary and, his political activism further contributed to the development of a serious constitutional crisis. Yet it is important to note that Hungary had little prior democratic experience in translating the idea of presidentialism into practice, albeit the idea of Republic itself existed briefly before the Communists’ take-over of the power. Under this circumstance, Göncz, who took his constitutional duty into seriously endeavoured to find the role of the president based on his political ideals, the consensus-based democracy.

A quarter of century has passed since Hungary’s transformation to democracy. The Hungarian politics has seen a series of significant changes, whereby the first generation of political transition are receding to the backgrounds. There exist no longer the Independent Smallholders’ Party, the Hungarian Democratic Forum, and the Alliance of Free Democrats. The Hungarian Socialist Party (the MSZP) still remains as one of the main oppositions to the ruling party of the Alliance of Young Democrats and Civic Party (Fidesz). Yet, the influence of the Hungarian Socialist Party on politics and the general populous alike has been significantly diminished since Gyurcsány’s infamous speech was leaked to the Hungarian public radio. The new parties – Politics can be Different (LMP) and Jobbik (Magyarországért Mozgalom) – were being emerged onto politics and especially, the far right Jobbik becomes increasingly influential.

This change in the extant party system does not mean that the divisive nature of Hungarian politics has undergone a fundamental change and entered a new phase. The national conservative camp led by the Fidesz does not seek a consensus from the opposition members, and instead prefer to govern the country with its own outright majority. The “weakened” Socialists were divided up themselves without a clear leadership. The far right Jobbik are employing moderated political rhetoric to absorb center-right votes from the Fidesz. As a whole, within the Fidesz dominated political structure, the opposition members are competing with one another to challenge the government. This competitive nature of politics is not a question per se. That might be interpreted as the natural development of Hungarian democracy. Despite that, what has been constantly devoid of the Hungarian politics is an effective means or a channel through which different political forces could coordinate varied positions and possibly seek a consensus to deal with a variety of important state affairs. For that, Hungary will miss Göncz, who left invaluable political legacy as a grandfather of the country (remembered as “Uncle Göncz”) and as a symbolic figurehead who aspired to integrate politics.

Dr. Dae Soon Kim is a lecturer at the Department of Hungarian Studies at Hankuk University of Foreign Studies, South Korea. Dr. Kim is the author of the 2011 book “A Political Biography of Hungary’s First Post-Communist President, Árpád Göncz” (2011). 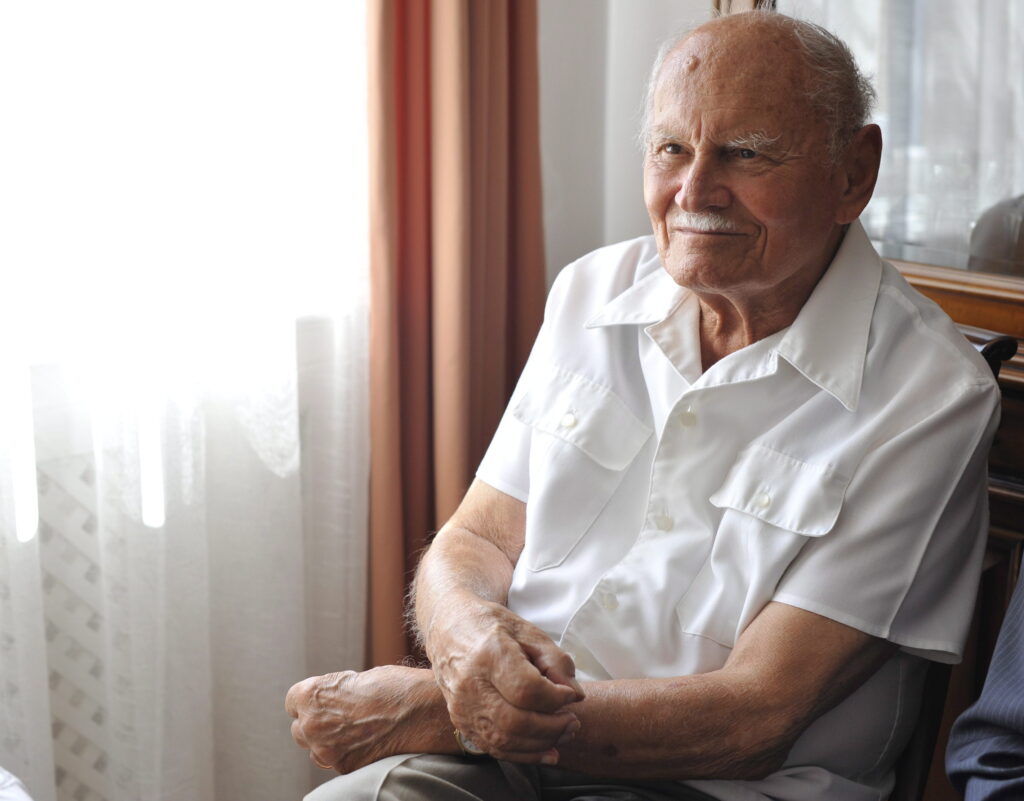 Árpád Göncz, the first democratically-elected head of state after the regime change, was born 100 years ago today. Göncz was involved in politics from the Second World War, had been imprisoned for years after the 1956 Revolution, and eventually became Hungary’s number one public dignitary for an eventful decade. He was the most popular political […]
Hungary Today 2022.02.10. 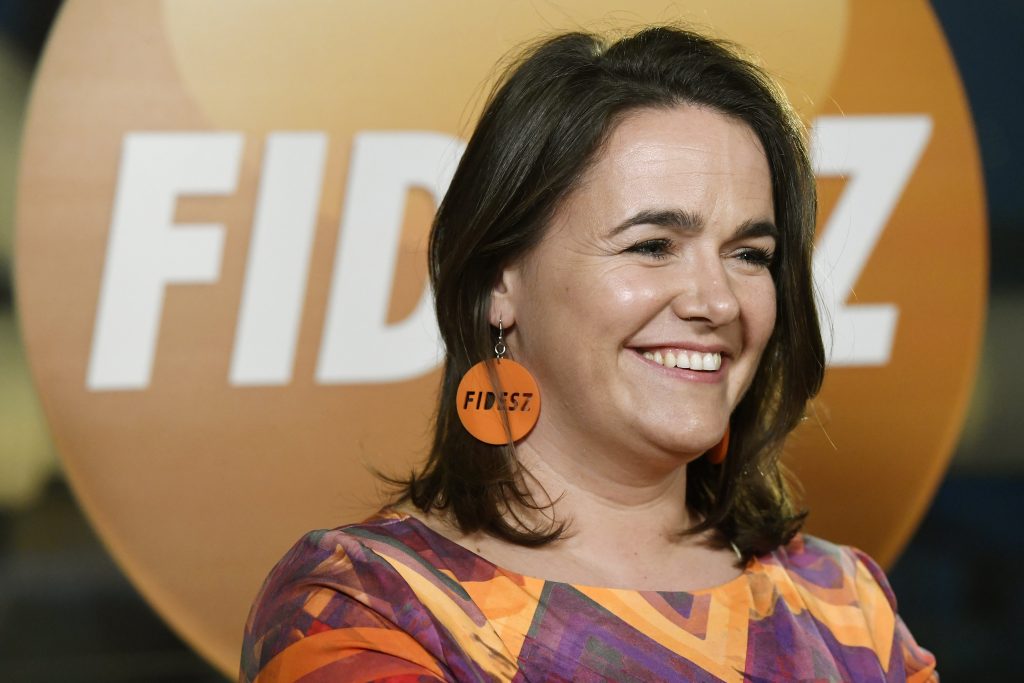